For many punters, the Prix de L’Arc de Triomphe is the finest flat race held outside of the UK and Ireland – indeed, for some, it can even eclipse the Epsom Derby, the Oaks and the Guineas’ as the most prestigious on the planet.

Typically it is run at the Longchamp track, and that has given the betting community a significant edge in finding winners. Longchamp is a wider track than most, with straighter bends that favour the slightly manic but powerful horses.

But in 2017 the Arc will continue at its temporary home of Chantilly while Longchamp is renovated. Chantilly is a tighter, curvier stretch that perhaps offers opportunities for horses other than the norm to prosper – it is also perhaps the reason why Anthony Oppenheimer and John Gosden withdrew their horse Cracksman given his slightly chaotic running style.

The good news for punters is that this Group 1 outing has served up a number of stats, trends and patterns in its 80+ year history that continue to be of interest. So, here’s the pick of the bunch ahead of the latest edition on Sunday October 1:

The Arc is open to horses aged three and over, and it is those at the younger end of the spectrum that tend to have things their own way.

The last 14 winners have been aged either three or four at the age of their triumph, while only two five-year-olds in the past 29 years have taken the spoils!.

If we are to blindly follow the stats in when placing our bets on the 2017 Arc, that discounts Order of St George, Highland Reel and Zarak who are listed in the top ten of most sportsbooks’ ante-post listings. 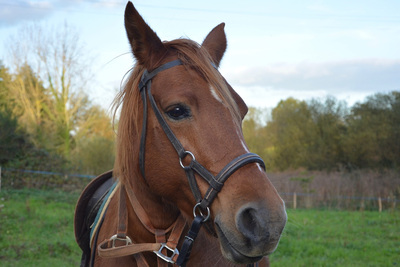 Of the last ten renewals of the Arc, six have been won by fillies and mares, but the most interesting gender-related statistic is that five of the last six champions have been of the fairer sex. Indeed, the anomaly is Golden Horn in 2015 – and he wasn’t really fancied at around the 9/2 mark behind even money favourite (and female) Treve.

That list includes Treve (twice) and last year’s winner Found, so it is intriguing that this particular pattern has trended the Longchamp to Chantilly move.

Of those towards the head of the 2017 betting market, we can discount Ulysses, Dschingis Secret, Brametot, Capri and Satono Diamond based on their maleness – leaving just Enable and Winter as trend-led contenders!

It will come as no surprise to learn that the vast majority of Arc winners all had victory-picked CVs ahead of their French triumph. In fact, nine of the last ten had won a previous Group 1 race over 12f or longer, while all of the prior three-year-old champions had won either a Derby (English, Irish or French) or an Oaks before.

Enable ticks both boxes, winning the UK and Irish Oaks this season over 12f, while Winter has never run over this longer mark before – her lengthiest victory came over 9f.

So can we just stop and hand the prize to Enable, the 10/11 favourite? Maybe not….

The history books suggest that a recent outing prior to the Arc is an essential part of the champions’ armoury – nine of the last ten winners had run in September in the year of their victory.

Enable’s prior outing came on August 24 in a straightforward win in the Yorkshire Oaks.

Often horses can be overworked and their form tends to suffers towards the end of a testing campaign, so perhaps it is no surprise to see that four of the last ten Arc winners had only run five or fewer times during the season.

Enable has run six times in 2017 and three times since mid-July alone….will overworking be a factor come Sunday?

These stats are just guidance for punters looking to have a flutter or two on the Prix de l’Arc de Triomphe. As you can see, cases can be made against all of the bookmakers’ favourites!

Previous Post: « Sing the Blues: The Five Best European Nights in Chelsea’s History
Next Post: Newcastle United vs Liverpool: Every Stat You Need to Know Ahead of This Classic Premier League Fixture »