Of all the Premier League fixtures of the modern era post 1992, it is perhaps Newcastle United versus Liverpool that conjures up some of the most iconic moments in English football history.

The 4-3 win to Liverpool at Anfield in April 1996 is widely regarded as the greatest Premier League match of all time, and caused Newcastle boss Kevin Keegan to have something of a minor breakdown in the dugout. Looking at the highlights package below, it’s not difficult to see why:

Since that fateful day in ’96 there have been 40 fixtures between these two sides….and exactly zero have finished 0-0!

Sunday’s fixture at St James’ Park will be shown live on Sky Sports, and as usual that broadcaster will roll out the hype train to get as many viewers as they possibly can. But this is one game where the hype isn’t actually required – top notch entertainment is *almost* guaranteed.

But before punters go piling into their Over 3.5 Goals bets, here’s a quick look at some of the key stats that will help you to bet smart rather than throw your money down the drain.

Of the 40 fixtures played between the teams since that 1996 barnstormer, Liverpool have won more than half: 24 (60%), with eight ending in a draw and the same amount ending in a Newcastle victory. 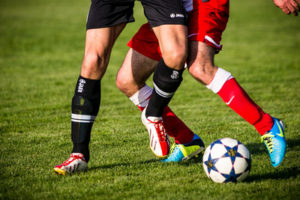 Of those 40 encounters, 21 have been played at St James’ Park, with Newcastle winning nine, Liverpool eight and four draws.

The draw likelihood is as little as 19%

Bear that in mind when placing your wagers!

The ten most recent clashes between the par have been notable for their inability to throw up a clear and considered winner: there have been four wins for Liverpool, three for Newcastle and a trio of draws. We might assume that the Reds would have the better record, but we assume wrongly!

If you were tempted to pull the trigger and back Liverpool almost blindly based on their performances this term then hold your horses: the Reds have won on just one of their last six visits to St James’ Park, drawing one and losing the other four. Liverpool don’t seem to enjoy life in the North East. 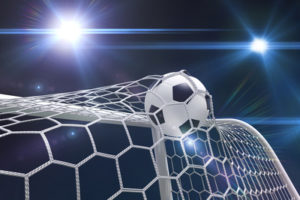 This fixture exploded into life with that 4-3 blockbuster at Anfield, and the meeting has generally followed suit ever since. Some 25/40 have gone over the 2.5 goal mark, and 22/40 have delivered both teams to score verdicts.

Of those matches played at St James’ Park, 11/21 delivered Over 25 Goals and the same amount (although not the identical fixtures) saw BTTS.

The most commonly occurring scoreline at St James’ Park is 1-1, although the 2-0/0-2 result is technically the most likely with four instances recorded.