The sporting history books deal in facts and facts alone, but those often don’t explain the all-important minutiae of a sporting event.

Take the intriguing first test in this Ashes series, for instance. The history books will show that Australia won and they won well; a ten-wicket victory is about as good as it gets in cricket.

But that misses the key context of this game. At the halfway stage, Australia were just 26 runs ahead – and they would have to bat last on a wearing pitch. It was very much game on.

Unfortunately, the second half of the match was all Australia, with England’s common frailties Down Under once again ruthlessly exposed by the green caps. The Three Lions capitulated to 17-2 and then 113-5 as a series of loose shots – and some fine bowling from Josh Hazlewood and Nathan Lyon – condemned them to a paltry second innings total of 195.

It was around this time that ‘Headbuttgate’, the apparent greeting England’s Jonny Bairstow had given Aussie Cameron Bancroft prior to the series started, came to pass. Why the revelations came out at this particular time is anybody’s guess, although a mischievous Australian media surely had some part to play in it.

Bairstow was hauled up in front of a baying press conference, the ECB’s Andrew Strauss was forced to make a rudimentary apology before tearing into the England players so unnecessarily publicly, and stump microphones picked up some fruity exchanges between the players as Australia completed the easiest of victories.

What made matters worse was that Bancroft and his captain, Steve Smith, guffawed their way through a post-match press conference as the former confirmed that the situation had been blown completely out of proportion.

That, allied to the ongoing criminal investigations pending in the name of star player Ben Stokes, have once again left England flailing Down Under.

But here’s the thing: Joe Root’s men were well in the game for the first half, and but for a few isolated moments that could have gone been avoided – James Vince’s run out in the first innings, Moeen Ali’s controversial stumping in the second (plus Root’s failure to convert a 50 into 100 once again – the match was finely balanced.

We head to Adelaide for the second test, and this will be the first day/night encounter in Ashes history. This is a format that will play into England’s hands – the ball will swing more prodigiously as it retains its shine courtesy of the dewy ground, and so they have every reason to be confident heading into Saturday.

But the big question is can they level the series? 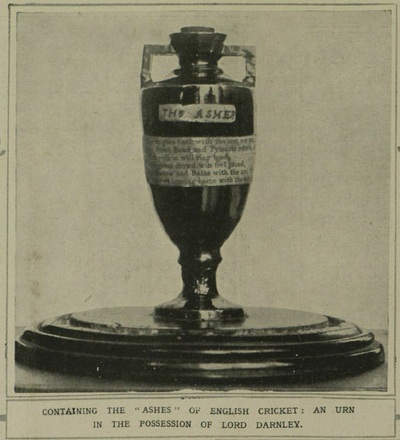 The last time Adelaide hosted a day/nighter was in November 2015, when New Zealand were the visitors.

The Aussies certainly did not have things their own way, eventually getting over the line by three wickets but not before the Kiwis had given them a good old scare.

In that test Australia scored 224 and 187/7 – compared to 559 and 385 in the match prior, which suggests their batsmen struggled with the change in conditions.

England, meanwhile, have only ever played one day/night test. In it they absolutely destroyed the West Indies by a innings and 209 runs, and that came in a series that was all-together closer than that scoreline suggests.

The key was that they took 19 Windies wickets in a single day as Stuart Broad and Jimmy Anderson came to the party with the ball nipping around.

And that could be the key narrative ahead of this second Ashes test; Broad and Anderson will be buoyed by working with a manoeuvrable ball, and the Aussies – not completely au fait with genuine swing – may struggle to combat the conditions.

Of course, there are many other factors that go into determining the outcome of a test match, and England’s batsmen need to do much better than they did in the second innings in Brisbane, but this could be England’s best chance of winning a match Down Under.

The bookmakers’ odds of 11/4 on that eventuality happening are fair given the drubbing of the first test, but they also don’t reflect England’s enhanced chances in day/night conditions. Back the Three Lions to level the series in Adelaide.