This is a wonderful time of year for high profile, high stakes international horse racing, and while the Melbourne Cup is dangled like a particularly enticing carrot next Tuesday it is this weekend where much of the anticipation lies.

The Breeder’s Cup festival at Del Mar race track in California sets the scene for a fantastic winter of overseas racing, with 13 Grade 1 races set to unfold on the turf and on the dirt.

A total prize kitty of $28 million is available across the World Championships, which take place across Friday November 3 and Saturday November 5 this year.

The biggest pay day is reserved for the race which brings the curtain down on the meeting, the Breeder’s Cup Classic, where a $6 million cheque is waiting to be won. Not a bad day at the office!

This year’s Breeder’s Cup line-up has been declared and it has a truly global feel, with the UK and Ireland represented by Aidan O’Brien’s Churchill.

Priced as short as 12/1 with some bookmakers and 25/1 with others, the dual Guineas winner has to be in with a real shout of glory Stateside. He is certainly one of the three to follow, anyway. 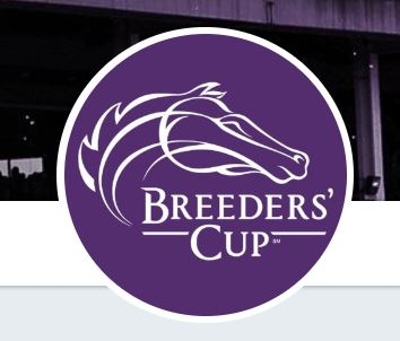 It has been announced by O’Brien’s connections that Churchill stand at home in Ireland in 2018, so this Breeder’s Cup could well be the last run of his career.

A switch from turf to the dirt at Del Mar brings with it complications, and this isn’t the first time that O’Brien has tried to crack the big one: he sent Gleneagles out to the States for the 2015 Classic, who went on to finish dead last.

At last Churchill offers some decent form. He won twice earlier in the campaign, and just a couple of weeks ago finished third in a competitive Queen Elizabeth II Stakes renewal where he finished just half-a-length back from the favourite, Ribchester.

And trainer O’Brien was fairly unequivocal in his aims for the three-year-old. “There is a big chance Churchill will go for the Classic. He seems to have come out of Ascot very well,” he said.

“He jumped smart in that [QEII] and Ryan [Moore] got him into a lovely rhythm. He just got tightened a little bit going into the two when he started to build into his rhythm.”

“He seems to have come out of the race well and we look forward to what is going to happen.”

Baffert Buoyed in Quest for Four-in-a-Row

Only one trainer has managed to compile a record of 20 victories in Breeder’s Cup races – that was D. Wayne Lukas in a reign of terror that lasted through the 1980s and 90s.

His closest rival is Bob Baffert, the legendary American who has 14 Breeders’ victories to his name and three consecutive wins in the Classic to call upon. The middle of those was American Pharaoh, an outstanding steed who also claimed the US triple crown in 2015.

This year, Baffert has two main darts to throw at the Classic: Arrogate, the defending champion, and Mubtaahij.

Arrogate is now the leading all-time money maker in North America after a series of high profile wins. His Classic victory followed a Travers Stakes triumph in 2016, and in 2017 he has landed the Pegasus World Cup – in a track record time, no less and the Dubai World Cup.

Named the World’s Best Racehorse in 2016, Arrogate has won at Del Mar in the past and warrants close attention at the 11/4 mark.

Mubtaahij is an Irish horse by breeding, but he simply loves fast-paced tracks around the world.

He won on his last start early in October at a speedy Santa Anita track – seeing off another Baffert charge (and odds-on favourite) Cupid. He was also fourth in the Group 1 Dubai World Cup.

Given his form and Baffert’s classy backing, Mubtaahij represents genuine each way value at 33/1.