The draw for the knockout phase of the Champions League was made on Monday and it served up some rather appetising last 16 ties!

There are some tantalising prospects in amongst the fixture list, with Real Madrid vs PSG the undoubted tie of the round – even if fans of Chelsea and Barcelona would dispute that.

Here’s that last 16 draw in full with the date of the first legs shown in brackets: 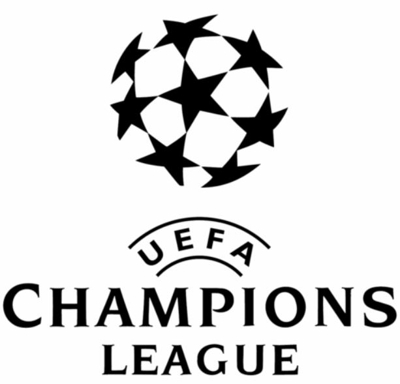 What has been most interesting is the movements in the Outright Champions League Winner betting market, which has predicated on the fact that Manchester City have arguably the easiest tie of the round against Swiss outfit Basel.

Pep Guardiola’s men are now a 3/1 favourite to lift the trophy, but we have to ask is that good value? They lost in Shakhtar Donetsk last time out in this competition and have won each of their last four Premier League outings by a single goal. Has their early season joie de vivre vanished?

Don’t forget too that there’s no winter break in England, whereas many of City’s key competitors will enjoy a well-earned rest over the festive period. Bayern Munich, for instance, will have the best part of a month off, while teams from France, Italy and Spain will have 16, 14 and 11 days off respectively.

It’s a fantastic way for their players to recharge the batteries ahead of the second half of the season, heal injuries and rediscover their mojo. Let’s face it: those sides have a huge advantage over Manchester City and the rest of the English teams left in the tournament.

For punters seeking an outright punt at this stage, the smartest angle is to back Bayern Munich via one of the betting exchanges at odds of roughly 6.00. They should see off Besiktas with relative ease in the last 16, and should their odds to win the competition shorten to 3.00 or 4.00 then profit can be locked in with a lay bet: remember, two of PSG, Real Madrid, Chelsea and Barcelona will exit the competition, and that will change the landscape of the betting market quite considerably.

There’s no doubt about it: the two Manchester sides have enjoyed the best of the Champions League last 16 draw from an English perspective. City should make light work of Basel, the game Swiss outfit who benefited from an easy-ish group to qualify. They were soundly beaten by Manchester United 3-0 at Old Trafford, and you expect Guardiola’s men to do a similar job on them next time out.

The Red Devils themselves can feel happy with their pairing with Sevilla. The Spaniards may come with a lofty reputation, but this is a side that has won just two of their last fourteen away matches in the Champions League and 3/14 in La Liga. Even though they are far stronger at home, Sevilla also found themselves 0-3 down against Liverpool on home soil before rallying to draw 3-3, but the bottom line is that Manchester United have nothing to fear here. The bookies have recognised the fact, and made Jose Mourinho’s side just 2/5 shots to qualify.

Tottenham’s meeting with Juventus could be an interesting encounter. The general consensus is that Juve aren’t quite the side they once were, and with Spurs taking four points from six from defending champions Real Madrid they can have plenty of confidence.

Liverpool should be able to out-score Porto, the useful Portuguese side who were well beaten by Besiktas and Leipzig in the group phase. If the Merseysiders’ fab four are firing – no, not The Beatles, but Coutinho, Mane, Firmino and Salah – they should claim a comfortable home win to go with a positive result in Portugal.

Of all the English sides in the last 16, clearly its Chelsea who look the most vulnerable. The Blues have rarely been at their best this season, and after going 0-1 down against Atletico Madrid their place in the knockout phase was in jeopardy. A rather fortuitous own goal saw them through, and a date with Barcelona – winners of 16 of their combined 21 Champions League and La Liga outings this season – will not fill them with delight.

Previous Post: « World Championship Darts 2018 Preview: MVG Can Be Opposed By Punters at Ally Pally
Next Post: PDC World Darts Championship 2017: Some Outstanding Betting Value to be Found in the First Round »