Paying out early on the outcome of a specific event is often done for promotional purposes, with companies hoping that the rewards in terms of a boost in custom outweigh the potential for a huge payout in error.

Paddy Power are renowned for their quirky marketing which can sometimes create controversy – the Irish firm once paid out on Celtic winning the Scottish Premiership before a ball had even been kicked, and they had to shorten the odds on Floyd Mayweather besting Conor McGregor earlier this year after they had already paid out.

Their latest move is to pay out early on Manchester City winning the Premier League title – despite the campaign not even reaching its halfway point. However, their strategy of early payouts hasn’t always paid dividends….

Back in the 2008/09 season, Stoke City were expected to be battling against relegation by most pundits.

But when they lost their first Premier League game of the campaign, Paddy Power took the extraordinary step of paying out early on them being demoted back to the Championship.

And the Potteries based outfit made them pay by surviving with consummate ease. This was the first, but certainly not the last, time that PP would be made to look silly….

To be fair, few could have foreseen the most recent of Paddy Power’s payout fails.

So convinced were they that Hilary Clinton would storm the US presidential election, they paid out early on the Democrat taking up residence in the White House. 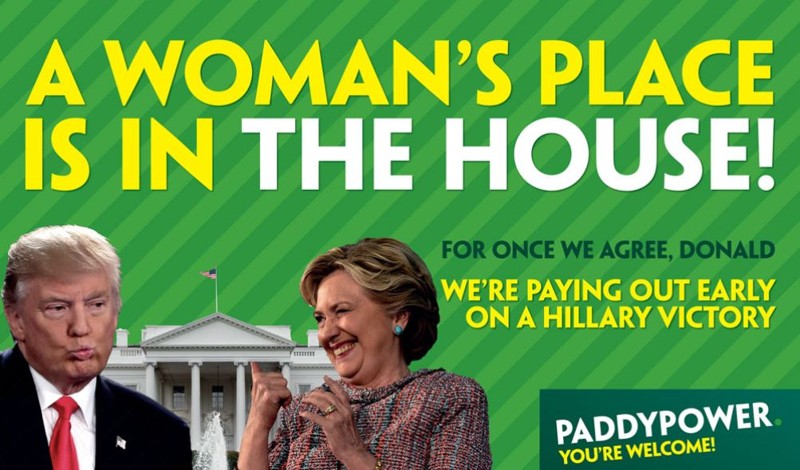 But egg was firmly aligned with face – for them and the rest of the world – when somehow Donald Trump won the popular vote against all expectations.

It was a huge shock that cost Paddy Power more than £1 million and the rest of humanity….well, watch this space!

Once again they have put themselves in the firing line by deciding to settle up early on Pep Guardiola’s side, so will they be made to suffer once again or will the Citizens romp to the title as expected?

Weight of History in Paddy’s Favour

The history books suggest that any side with an eight point lead after 15 games of the season should go on to lift the trophy the following May.

Here’s the state of play after 15 rounds of matches in each of the last five Premier League campaigns:

As you can see, in four of the last five seasons the team that led after 15 games went on to win the title – indeed, all of that quartet would extend their lead and win the title by a comfortable margin.

Indeed, other than the Arsenal example above you have to go back to 2008/09 to see the last time a 15-week leader (Liverpool) failed to lift the trophy. Nobody in the past decade has thrown away an eight-point lead in their pursuit of Premier League silverware.

The reason that Manchester City haven’t won the title since 2013/14 is because of a lack of squad depth that has dogged them at the business end of the campaign. For all their millions, the Citizens haven’t been able to compete on both a domestic and continental front.

The reason why they should canter to the title this term, not withstanding the historical precedents outlined above, is that simply they have a better squad than anybody else’s. It is not beyond the pale, in fact, to suggest they have at least two elite-level players in each position. Here’s their first choice eleven: 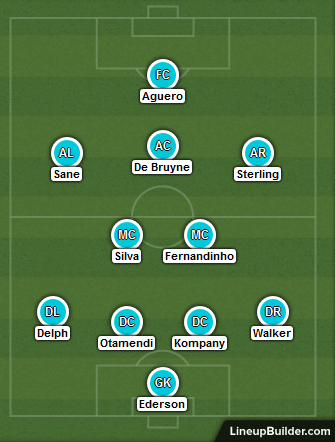 And here’s their second string eleven: 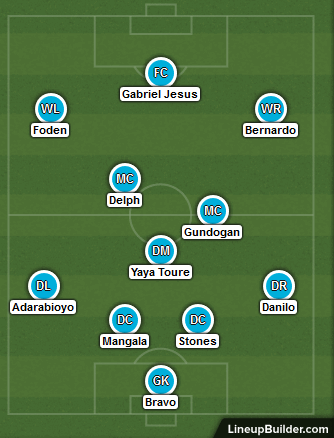 When you put it like that, it really would take a miracle for Manchester City not to win the Premier League title in 2017/18. They would need to collapse tremendously, and a close rival to exceed expectations, to rob them of the trophy. Looking at the present league table, are Liverpool the only side that ca stop them with their galaxy of attacking talent?

We may have changed our tune should they lose to United in the Manchester derby on Sunday, but really it looks as though Paddy Power’s decision to pay out early won’t come back to haunt them.