After a whirlwind first week, the 2018 PDC World Darts Championship careers into its second round with a selection of fixtures on Friday and Saturday, with the rest of the draw able to enjoy their turkey dinners before coming back after Christmas to complete the third round line-up.

The quality of play has been extraordinary so far, and the fact that ten of the top 32 seeds have already perished identifies just how tough these matches are to call.

Nevertheless, we’ve picked out five to follow on Friday that could yield some tasty pre-Chrimbo profit for punters:

This is a meeting between the number 16 and 17 seeds, so naturally we’re expecting a close fought contest, and the bookmakers agree by making Price their marginal favourite at 4/5 over White at 6/5.

Those odds are understandable, although at anything approaching odds-against Ian White has to be the value here.

The brilliant Ochepedia serves up all manner of wonderful stats on Twitter (@Ochepedia), and his findings for the 2017 season when comparing the top 32 seeds at Ally Pally makes for illuminating reading.

White ranks higher than Price for Treble 20 percentage and 180s per Ten Legs, and he also has the advantage in Overall Checkout %, 100+ Checkout % and, crucially, when taking out Double 20, 10 or 5 – indeed, White ranks as the best player in the PDC for this avenue out of a leg.

Of course, it all comes down to hitting those doubles on the night, but there is no reason to suggest that Price has the edge over White in any facet of the game. As such, he can be backed with relative confidence at 6/5. 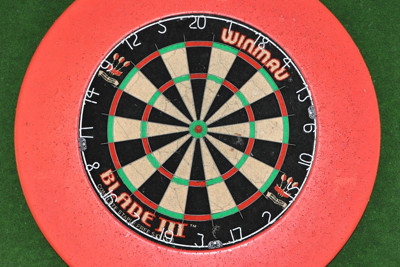 The 2018 World Darts Championship kicked off on Friday with Steve Beaton’s rather tawdry 3-1 win over William O’Connor.

While the scoreline suggests an element of comfort it was anything but for the Bronzed Adonis, who wasn’t quite at the races and was lucky that his Irish opponent was feeling particularly generous at Christmas by missing a sackful of doubles.

Vincent van der Voort was much more authoritative in his 3-0 win over the eighth seed, Dave Chisnall, and his performance was approaching something near vintage VVDV, a player who has been out of form and beset with back problems in the past 18 months or so.

The Dutchman has said he takes each day as it comes as far as his back is concerned, but if he turns up for this second round contest in good health – and Beaton does not improve significantly from the first round – then van der Voort has to be the play at 8/11.

Since winning the World Youth Championships, Dimitri van den Bergh’s career has gone from strength to strength, and a series of fine performances continued in the first round here in a 3-1 win over Stephen Bunting – capped by a fantastic 104.17 average.

The Belgian is a rightful favourite with the bookmakers to win this match, although caution is advised in writing off Jan Dekker, the Dutchman who has enjoyed his own resurgence of late.

He pressed Michael van Gerwen hard in the semi-final of the Players’ Championship just the other week, and followed that effort by dumping out the number 12 seed Jelle Klaasen in the first round here.

We’re happy enough to avoid the match winner market here, and instead – anticipating a close contest – will be taking the 5/6 about Over 24.5 Legs in the match. 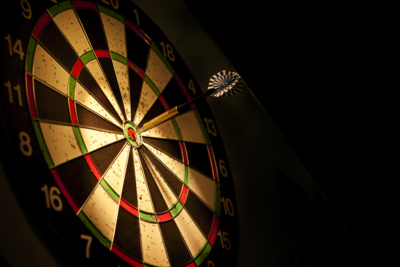 Mensur Mania continues after his straightforward 3-0 win over Kevin Painter in the first round, and the fifth seed will be looking to improve on what is a generally quite poor record at Alexandra Palace.

Mind you, the Champions League of Darts winner is a much better player these days, and it would come as no surprise if he were to dole out a heavy defeat to Robert Thornton here.

The Thorn has been nowhere near his best for more than a year now, and the former major winner is hanging on to his top 32 ranking by a thread.

Thornton’s problem? That man Ochepedia reveals that the Scot is one of the worst players in the top 32 when it comes to checking out his doubles, and that is sacrilege against a player of Suljovic’s class on the outer segments of the dartboard.

The second round matches are the best-of-seven sets, and backing Under 5.5 here at 11/10 allows Thornton to land a set and our wager to still land.

This match is all about Michael van Gerwen of course; the reigning world champion who looked in destructive form in his opening round victory over the impressive Christian Kist.

We expect MVG to win comfortably enough here but he will be given a tough time by James Wilson, who if he could hit doubles would surely be one of the top 16 players in the world.

And that’s because nobody on planet darts hits more 180s per ten legs than the man known as Lethal Biscuit, and assuming he holds his nerve in this big game he could actually go toe-to-toe with MVG as far as the power scoring is concerned.

But the Dutchman is naturally much more reliable on the doubles, so swerve the outright market and instead back Over 12.5 maximums to be hit at 21/20.