The great thing about the Cheltenham Festival is that it brings together a collection of the finest hurdlers and chasers from across the world as connections eye the handsome prize pot and the prestige of having a Cheltenham winner in their yard.

That, naturally, puts some of the most recognisable names in National Hunt circles on a collision course.

So far, chase heavyweights Altior and Douvan have been kept apart due to injury and conflicting schedules, but the pair finally look set to lock horns at the greatest show in horse racing, which kicks off in just a fortnight’s time.

Douvan has been struggling with an undisclosed problem with a front leg, and looked set to miss out on the festival. But Willie Mullins has confirmed this week that the horse has ‘been pleasing me, and doing everything right’ as he edges back towards full fitness on the gallops.

“Within a week or 10 days [of his injury in December] he was sound when we thought he shouldn’t have been sound,” Mullins said. “We started to reinvestigate and re-evaluate. We kept upping his work and he was good and sound, and he stayed sound. Eventually we said: ‘Right, everything seems OK’ and we’ve not had a setback since.”

All of which sets up a mouth-watering clash as the two giants of modern racing but their fine Cheltenham records on the line.

Altior vs Douvan: Who Wins the Queen Mother Champion Chase?

Punters tend to have long memories, and horses that have scarred them in the past often stay on their naughty list’ for the foreseeable future.

So don’t expect there to be too much market support for Douvan, who rather let down his backers at last year’s festival when finishing seventh in the Champion Chase; not ideal from the 2/9 favourite.

The eight-year-old hasn’t run since, and so punters will need some persuading to part with their hard earned, but lest we forget Douvan had embarked on a 14-race unbeaten streak prior to that crushing defeat, with a pair of big wins at the festival too in the Arkle and Supreme Novices’ Hurdle. The ante-post market for this year’s Champion Chase renewal sees the Mullins charge listed at 5/1 at this stage, and there will be a few tempted to back a horse at that price given he has just one blemish on an otherwise flawless CV.

Of course, Altior is much easier to back. He too has achieved the Arkle-Supreme Novices Hurdle double at Cheltenham, and has just two aberrations on a record reading 13 wins from 15 starts – and those date back to 2015.

Preparations for any big meeting are key, and while Douvan will head to Cheltenham ‘cold’ without a prep race Altior has already been out and about in 2018. The eight-year-old won the Betfair Exchange Chase from the talented Politologue, and showed his class down the final straight to secure a comfortable victory.

A near-perfect resumé, backed by a winning return this season, ensures that Altior is a worthy favourite at the 8/11 mark.

Just a Min: Is the Champion Chase a Two-Horse Race? 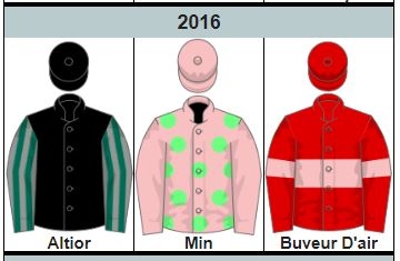 Much of the attention in the lead-up to the Champion Chase will focus on the potential Altior vs Douvan battle, and that will suit another talented sort right down to the ground.

The French fancy, Min, has been compiling a decent record since switching to the Mullins yard, and naturally that connection with the Cheltenham specialist will tantalise punters even more.

The seven-year-old first came to prominence when finishing second to Altior in the Supreme Novices Hurdle of 2016, and since then has compiled five wins and a second place in a near faultless chasing career.

An eye-catching return this year, winning the Dublin Chase by a comfortable 12 lengths from Simply Ned and last year’s Champion Chase winner Special Tiara, has just nudged Min into the hearts and minds of Cheltenham punters.

But the horse has only run once on English soil in his whole career, and that may just be enough for some to give him the swerve. The French horse is currently available at a best price of 7/2 with the books.