There ten rounds of Premier League matches to go, which budding mathematicians amongst you will know that means there’s a maximum of 30 points which can be won by any single top flight team from now until the end of the season.

Towards the summit of the Premier League there are the knowns and the unknowns: Manchester City will, surely, win the title, and yet we don’t know how the top four will finish up; that, you suspect, will be dictated by who focuses on continental rather than domestic matters.

One thing we do definitely know is that there is definitely money to be made in the Premier League relegation betting markets. Just six points separates Stoke in nineteenth from Watford in tenth, which suggests there are at least ten teams who should be worried about how these next ten games pan out.

So who looks the most vulnerable to the dreaded drop?

No Goals, No Party 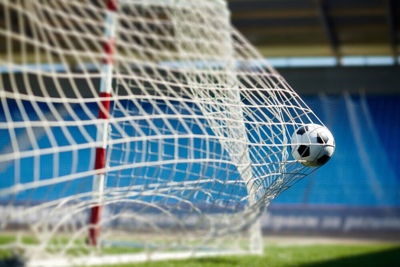 To win football matches you have to score goals, it really is that simple. Winning 1-0 is okay, but the fact you are in relegation strife in the first place suggests that keeping a clean sheet is not exactly a formality.

So if you can liberate yourselves from defensive anarchy by scoring a few at the other end, you should be able to accumulate enough points to survive.

Last season the three lowest scoring teams – Sunderland, Middlesbrough and Hull – all got relegated, and in 2015/16 West Brom somehow stayed up despite averaging less than a goal per game. Aston Villa, who netted just 27 times in their 38 fixtures, finished bottom by some 17 points.

So the history books tell us that if you can’t put the ball in the net then you had better start swotting up on your directions to Barnsley, Bolton, Preston et al.

For that reason, we’re willing to grant Bournemouth, West Ham and Watford a stay of execution. They have already notched 33, 35 and 38 respectively, and there is scope for all of them to get topside of 45…. that would surely be enough to see them safe.

We can also look at those teams who will soon welcome back either goal-scoring or goal-creating talents. Charlie Austin is targeting a late March return for Southampton – a timely re-introduction for this proven goal-grabber, while Wilf Zaha is also approximately three weeks away from his Crystal Palace return. Both of those players could fire their respective sides to safety.

Another basic tenet of Premier League survival is being solid on home soil, and then picking up occasional points on the road.

Last season Sunderland and Middlesbrough finished bottom of the ‘home table’, while Hull – decent enough at home – won just one game away from home all season. That simply won’t do.

The bottom of the ‘home table’ in 2017/18 is rather congested, although West Brom – with 13 points from 14 starts – really do look doomed. They need to improve at The Hawthorns, and sharpish, if they are to avoid what is beginning to look like a mission impossible and avert relegation.

Southampton are next bottom but as we’ve written their goals should see them safe, which leaves Newcastle (16 points) and Swansea (17) as the next worst offenders on home soil.

Both of these sides feature a number of similarities, and really the most obvious is that they lack a goalscoring hero to propel them clear of the dropzone. Dwight Gayle netted a brace for the Magpies at the weekend, but those were just his fourth and fifth goals of the campaign; he remains a Championship level ‘flat track bully’.

Swansea, meanwhile, will surely rue the loss of Wilfried Bony; a capable frontman who is expected to miss the rest of the season through injury. That heaps an enormous amount of pressure on the young shoulders of Tammy Abraham, who is a natural goal-getter but one hampered by a lack of experience and a lack of support.

The diagnosis is not good for either of those sides….

As mentioned, there is a decent amount of money to be made if you can nail the relegation market, with West Brom the only side trading at extreme odds-on and Stoke a shade under even money at 10/11.

There will be takers on the 7/5 for Swansea to go down because when Carlos Carvahal’s honeymoon period ends – and it will – the Swans will be in a world of strife.

And Newcastle tick a lot of boxes. They don’t have a recognised outlet for goals, sit eighteenth in the ‘home table’ and, despite boasting a world-renowned manager in Rafa Benitez, have a recent relegation on their CV. For our money, those odds of 5/1 look rather tempting indeed.

And if you are feeling particularly strongly about the matter, then you will find the West Brom/Swansea/Newcastle relegation treble available with a number of bookmakers at cumulative odds of around 22/1.