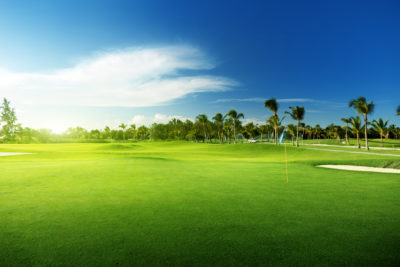 In betting, we took about the notion ‘value’ quite a lot. What constitutes value, and how do we recognise it? There is no fast and loose answer to that rhetorical question of course, but understanding the notional likelihood of something occurring will dictate whether you regularly enjoy good value bets or not.

Golf betting is tough. Each week there are fields of 150 players or so to choose from, and with so many different factors influencing proceedings you might come to the conclusion that the outcome of golf events is merely random. Having watched Ted Potter Jnr, a 300/1 shot who had missed the cut in three of his last four starts, win the AT&T Pebble Beach last week we’d be incline to agree with you!

But there’s a reason why the best players in the world tend to win the majors, and why the same players tend to perform well at the same courses year in, year out. There is more to this golf betting lark than mere happenstance.

Which brings us nicely to this week’s tournament, the Genesis Open, which will once again be hosted by the Riviera Club in the Pacific Palisades, California. This is a venue at which Dustin Johnson, the world number one, has recorded a combined score of -49 in the last four stagings of this tournament. The next bet score is -29.

DJ can be backed at 5/1 with most bookmakers this week, and that brings us back to the notion of value. Can a player ever be good value at this short a price in a 150-man field? This is a sport where one bad shot can transform a whole tournament, and where a myriad of variables govern success and failure.

Johnson was the co-leader after 54 holes at Pebble Beach last week, and punters could back him at 4/5 to complete the victory at a course he had previously won twice at. Many punters took the bait….and were rather disappointed when their man finished joint second and some three shots behind Potter.

So if we can get a shade of odds-on about Johnson winning when he’s leading after 54 holes at a course he loves, is 5/1 before a ball is hit really value this week? We’d have to surmise probably not.

Not to worry though: there’s a few other guys for punters to look out for:

A stellar field will take to the track at Riviera, and that has resulted in some rather stingy pricing in the Top 10/20 markets. The appearance of Jordan Spieth, Justin Thomas and Rory McIlroy further muddles the picture!

But there are plenty of clues as to likely success at this stretch, not least course form; this is one of those events where repeat offenders tend to sneak up on the leaderboard. Phil Mickelson, a two-time winner at Riviera, certainly ticks that box, and the fact that he is in red hot form of late certainly helps. He finished tied for second at Pebble Beach a week after another top-five at the Phoenix Open; maybe you can teach an old dog new tricks! Either way, 3/1 on Big Phil to achieve another top-10 finish at Riviera seems perfectly fair.

We’re happy enough to make a case for Branden Grace at 9/2 in the same market. The South African should enjoy the Kikuyu grass that is used at Riviera – it is, typically, native to his homeland. He was just two shots away from a top-10 finish last week as well, and produced some rather encouraging stats from tee-to-green and with his putter.

We can cast the net a bit wider in this market, which can pay out on up to 25 players with ties included.

One of the first names on our hitlist is William McGirt (9/2), who is showing some good form of late. The AT&T Pebble Beach is a pro-am event, which means the professionals have to spend the opening few rounds playing with a celebrity, sportsman/woman, business mogul etc. McGirt was paired with Carlton from the Fresh Prince of Bel Air….imagine trying to play a serious game of golf with him being mobbed and asked to dance at every turn!

As it was, McGirt maintained his composure and played pretty well, rattling in a round of 66 on the Saturday which was the day’s best at Pebble Beach. That, allied with a trio of top-20 finishes at Riviera, makes him a bet this week.

One player with great memories of Riviera is James Hahn, who won his first ever PGA Tour title here in 2015.

The 36-year-old gained more than two strokes on the field from tee-to-green at Pebble Beach, which means he is striking his approach shots particularly well. If he can drain some putts then who knows what damage he can do….backing him at 11/4 to finish inside the top-20 seems more than fair.

Previous Post: « Champions League Last 16 Preview: Back the English Sides to Prosper
Next Post: Premier League Darts 2018 Week 3 Preview: Will it Be All-Wright for Peter Against the World Champion? »