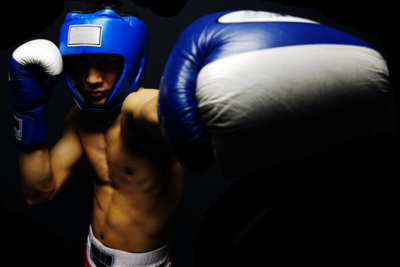 You wait an age for big fight nights to come along and then, like buses – albeit not ones in today’s snowy conditions, two come along at once.

At Sheffield’s FlyDSA Arena on Saturday evening, Kell Brook will seek redemption in front of his home supporters after suffering two crushing defeats.

And then in the early hours, the Sky Sports cameras will be trained on New York’s Barclays Centre as two undefeated heavyweights go at it: Deontay Wilder seeking an emphatic knockout victory over Luis Ortiz, who himself is eyeing a big payday against Anthony Joshua in the UK.

So where is the smart betting money going this weekend?

This is the chance for redemption that Kell Book has long been seeking.

It’s been a tough old time for the Sheffield fighter since he won the IBF welterweight title back in August 2014. After being stabbed while on holiday in Tenerife, Brook took six months ad came back with a couple of routine defences of his belt.

Then it really started to unravel for the 31-year-old. He moved up two divisions in weight to middleweight to fight Gennady Golovkin, one of the pound-for-pound best fighters on the planet. Naturally the bigger man, he pummelled Brook to the point of submission with the Englishman suffering a fractured eye socket, and that would come back to haunt him later on down the line.

Brook stepped back down to welterweight to fight the dangerous Errol Spence Jr next in front of his hometown crowd at Bramall Lane. Spence’s clever combinations to head and body wore down the home fighter, and in amongst it all Brook again fractured his eye socket. Motioning that he couldn’t see, he twice took a knee and an eight count before the referee stopped the contest, with Spence ahead on all three judges’ cards.

It’s a big night for Kell Brook – and our live page is now up for #BrookRabchenko.

A period of reflection and recuperation – Brook hasn’t fought for the best part of a year – has followed, with many wondering whether he would hang up his gloves. But claiming he has gotten his spark back, Brook will resume his career at light middleweight on Saturday night against Sergey Rabchenko.

The Belarussian has lost two of his last four fights to rather average opponents although he did once bludgeon the brave Ryan Rhodes into retirement, so must not be taken lightly.

But Brook is in effusive mood. “I know that I’ve got a lot left in me. I believe I am going to be the same fighter, I’ll be better with the bigger weight which will bring the best out of me,” he said this week.

It’s funny what drinking at the last chance saloon can do to a person, and we suspect that this isn’t the last we’ve heard from Brook who, on a technical level, is undoubtedly a world level fighter. Expect him to deliver something of a statement victory on Saturday.

So here it is: the chance that Deontay Wilder wanted. A decent-level opponent, in front of a packed New York crowd, and live on Sky Sports. It’s an opportunity to finally put himself on the world boxing scene, and force the money-spinning contest he is hunting against Anthony Joshua.

In his way stands Luis Ortiz, a curious Cuban who, at the age of 38, has fought his way into the world title picture rather late in his career. A confirmed doping cheat, this is Ortiz’s final chance at elite level.

All eyes will be on Wilder though, the 32-year-old with the punch power and brash attitude that often wins legions of fans and critics in equal measure. After 39 fights – each won and with a CV featuring 38 knockouts – he will come up against his toughest foe in Ortiz in the early hours of Saturday morning.

You suspect this will be one of the few occasions in which Wilder’s boxing skills will be tested. Usually, he relies on brute strength and a concussive overhand right to get the job done, but Ortiz is experienced and ring smart, and will keep Wilder’s big punch chances to a minimum.

The Cuban has some decent names on his resumé including Tony Thompson, Malik Scott and Bryant Jennings, and so his price with the bookmakers of around 3/1 is slightly curious. In truth, we don’t know too much about him as he only burst onto the scene in the past 18 months or so.

Wilder, in contrast, has just bludgeoned all in his path. We have no ideas about his chin – he’s never really been tested – and there is a chance that Ortiz might give him something of a gut-check here.

But the younger man has his eye on bigger prizes – a date with Joshua at Wembley in the summer, most probably – and he will be in no mood to hang around here.

It took Ortiz seven rounds to get rid of the Brit, David Allen, and you suspect that Wilder would have cleaned his clock in a matter of minutes. We have little to work with, but a wager on Wilder is the smarter punt here.

Previous Post: « UK Open Darts 2018 Preview: Three Long-Odds Fancies Expected to Enjoy the Magic of the Cup
Next Post: The Show Must Go On: Three Occasions When the Cheltenham Festival Almost Fell at the First Hurdle »