All good things must come to an end, and after three days of pulsating action on the Prestbury Park turf the curtain falls on the Cheltenham Festival at Friday’s Gold Cup extravaganza.

The good news, whisper it, is that from a punter’s perspective the best may well have been saved for last.

This is a stacked card of first-class racing from first to last and top to bottom, and the seven races offer punters a chance to salvage some pride (and pounds) or consolidate what has been a profitable three days for them up until that point.

From a betting perspective, there are three races on Gold Cup Day that really rev the engine: the day’s opener, the JCB Triumph Hurdle, the Albert Bartlett Novices’ Hurdle and, of course, the Cheltenham Gold Cup, which is the headline act of the festival as a whole.

Apples Shakira occupies the height of betting interest as a 3/1 favourite, but you will find plenty of pundits out there who really fancy Redicean to upset the applecart.

Since moving to Nicky Henderson’s yard from France, the four-year-old has won three from three including a pair of Grade 2 triumphs, and all of those victories have come at Cheltenham to boot.

But Redicean too boasts an unbeaten record since re-joining Alan King’s stable, and has won his last three races by seven, ten and ten lengths; a sure sign of completely outclassing the field.

King has described Redicean’s turn of pace as ‘lethal’, and having won on soft ground before he will surely give Apples Shakira a good run for her money.

Mr Adjudicator (8/1) just got the better of Farclas (7/1) at Leopardstown in February, although the latter is thought to be improving fast, but if the weather takes a turn for the worst then We Have A Dream (10/1) might just be worth pursuing.

Nicky Henderson’s gelding is one of the few in the field to have a win on heavy ground to his name, and that was a Grade 1 victory in the Coral Future Champions Finale Juvenile Hurdle at Chepstow in January.

If the bookmakers are to be believed, this renewal could descend into a shootout between two stars from Nicky Henderson’s camp: Santini (9/2) and Chef Des Obeaux (6/1).

Santini is just jumps races in at the age of six, but even that late start to his career cannot diminish the sense of expectation surrounding this horse. He defeated Chef Des Obeaux by more than four lengths in the Ladbrokes Novices’ Hurdle, and followed up with a narrow win at Cheltenham in the Ballymore Classic Novices’ Hurdle in January.

If you’re looking for omens, however, then Chef Des Obeaux has since followed up with three straight victories; including a victory in the ‘Albert Bartlett Novices’ Hurdle (no, not this one) on heavy ground at Haydock Park in February.

There are some others listed in the ante-post market – Samcro and Getabird most notably – who are likely to run elsewhere, and realistically it is hard to see past Henderson’s pair of fancies duking this one out for supremacy once more. 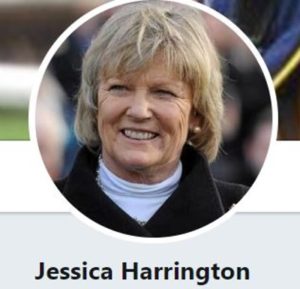 The lure of a £575,000 purse was not enough for trainer Jessica Harrington to press last year’s Gold Cup champion, Sizing John, into action once again.

‘With a heavy heart’, in her words, the eight-year-old was withdrawn in order to protect a hairline fracture of his pelvis.

It has shaken up the betting market for Cheltenham’s richest prize, to a degree, with Might Bite into 3/1 as favourite and Native River solidifying at around the 5/1 as next best.

Might Bite, who was described by no less a judge than Ruby Walsh this week of being ‘potentially one of the greatest horses we’ve ever seen’, is a truly intriguing sort. You may recall his run in the RSA Chase last year, when he was leading comfortably before veering alarmingly to one side and just getting over the line. Walsh said that without that pant-shredding moment for his backers, the horse would be as short as 6/4 to win the Gold Cup here.

Punters can at least be assured that that quirk may just have been a one-off. Might Bite has won three from three since last year’s festival, including a pair of high profile Group 1 outings in the King George VI Chase and Mildmay Chase. If you’re willing to go down the risk-and-reward route, Might Bite is a fantastic price at 3/1.

After finishing second in the National Hunt Challenge back in 2016 and winning the Welsh Grand National, there can be no doubts about the stamina of Native River. But the eight-year-old hasn’t won a Group 1 event since 2016, and punters will need some persuading that he has the class to outshine Might Bite here.

A final note for punters who want to try and end their week with the highest high. Double Shuffle was a solitary length behind Might Bite in the King George VI Chase at a princely price of 50/1 – happy days for each way coupon holders, and yet he has been installed at the exact same price for this Gold Cup. The eight-year-old will struggle on heavy ground, but if the surface is slicker then an each way poke may just be the order of the day.