The transfer rumour mill tends to into overdrive during the international break as there is a typical shortage of news to fill the back pages, but when the betting market acts you know there is some semblance of truth to the rumours.

The media has been full of speculation that Gareth Bale will leave Real Madrid in the summer, with influential Spanish newspaper Marca reporting that the Welsh ace has had a number of rows with boss Zinedine Zidane and that an ‘irreparable gap’ has opened up between Bale, the club’s management and even his teammates.

“The feeling in the dressing room is that Bale has thrown in the towel and is letting go, that all he thinks about is for the season to end so he can consider his future away from Madrid,” the same column continued.

“It’s as if he didn’t care and, in fact, since losing his starting spot, Bale has disconnected completely. His best friend has been his mobile phone, in which he takes refuge almost obsessively to pass the time.

“Zidane isn’t happy with his attitude on the pitch, and though he will never say it in public, he is already saying it in private.”

Marca writes with such authority on Spanish football that it is more than likely that there is some truth to the rumours, and the betting market has acted accordingly with Bale now odds-on to be anywhere but Real Madrid at the end of the summer transfer window.

It will take a club with deep pockets to prise him away from the Galacticos however, so where is his most likely destination?

Bale is odds-on with a couple of firms to secure a return to English football at Manchester United, with their boss Jose Mourinho a known admirer of the Welshman.

A Spanish journalist has claimed that Bale will only consider a move to United – “Bale has an offer from the PSG and another from Chelsea, but he only wants to go to United” – are the words of Eduardo Inda, and how true they are remains to be seen.

Bale has properties in Wales and so a move to Manchester makes sense geographically, and from Mourinho’s perspective there is added pressure to add a world class winger to his squad with Alexis Sanchez yet to find his feet at Old Trafford.

The United board sanctioned the big money move for Paul Pogba, however, and will be reluctant to open their cheque book once again given their lack of return from the Frenchman thus far.

But Mourinho is thought to wield plenty of power at the club, and if he is to challenge for the Premier League title next term he desperately needs to add some quality in the final third. Don’t be surprised if he spends mega money to land his man this summer.

The insinuation from that Spanish journalist above is that Chelsea have already tabled a bid for Bale, which seems a fanciful notion, although the Welshman would be exactly the kind of talent they need to reinvigorate the club.

There is, of course, the possibility of a swap deal with Eden Hazard, a long-term Real Madrid target, and that would be seen as something of a like-for-like replacement.

But with Antonio Conte’s future in doubt, and Bale unlikely to want to play for another London club given his past ties to Tottenham, it would appear as if a move to Stamford Bridge is a no-go. 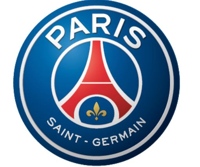 Would Bale like to continue his continental adventure in France? It’s fair to say that PSG could make him rich beyond his wildest dreams and pay more in wages and add-ons than any other club on the planet.

But you do wonder how much money really does talk in football – there hasn’t been an overwhelming rush from elite-level talent to join super-rich Chinese sides, for instance, and with France’s Ligue 1 being a pretty ordinary league you have to wonder how much appeal a move to Paris would have.

At the age of 28, the next move that Bale makes is likely to be the most important of his career; would he really want to move to a club that achieves very little outside of France? 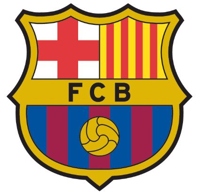 It would be the ultimate treachery from Bale if he were to leave Real and join their fiercest rivals out of spite.

There would be a natural interest from the Welshman too: who wouldn’t want to live in the beautiful city of Barcelona, play at Camp Nou every other week and link up with Luis Suarez and Lionel Messi?

Much would depend on Barca’s rumoured pursuit of Antoine Griezmann, however, with the Frenchman once again heavily linked with a move to the Catalan outfit this week.

Sometimes life has a habit of coming full circle, and Tottenham are certainly a better side now than when Bale left the club in 2013.

Indeed, every player seeks a challenge and you wonder if the prospect of trying to help Spurs to their first Premier League title would be titillating enough for Bale to return.

Unless they finish in the top four and secure a Champions League spot you would have to think we’ll never find out, as surely the 28-year-old wouldn’t join a side not playing in the continent’s key competition.

Previous Post: « Is This How England Will Line Up In Their World Cup 2018 Opener Against Tunisia?
Next Post: Can Anthony Joshua Become the Next Undisputed Heavyweight Champion of the World? »