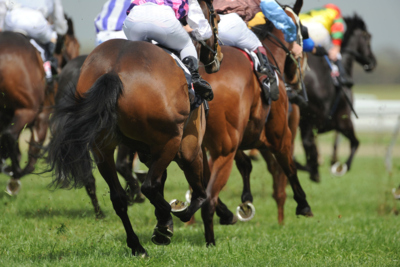 When Sizing John led home a field which included the favourite Djakadam and Native River, there would have been a few shrieks of joy up and down the land. The 7/1 horse wasn’t overwhelmingly fancied by the betting floor, but the chosen few would have clasped their betslips with joy at the sight of a handsome winner.

That’s the beauty of the Gold Cup, which is the traditionally the standout race of the Cheltenham Festival: it has a habit of throwing up some brilliant surprises.

Of course, the Gold Cup is also the renewal in which some of the best steeplechasers on the planet do battle, and so often it is the cream of the crop that goes hoof-to-hoof for jump racing’s most treasured prize. Eight of the last fourteen editions of the Gold Cup have been won by the favourite too, which hopefully puts a nice dent in the bookmakers’ takings!

Ahead of Friday’s extravaganza, here are five of the finest moments in Cheltenham Gold Cup history:

The 2014 Gold Cup was supposed to be a straightforward dual between Bobs Worth, the defending champion and 2/1 favourite, and Silviniaco Conti, the King George VI Chase champion and well-backed 7/2 next best.

You can imagine the tumbleweed in the stands then when the two favourites were left trailing in the wake of a wholly unfancied triumvirate: Lord Windermere (20/1), On His Own (16/1) and The Giant Bolster (14/1).

Lord Windermere comes from the back to win the Cheltenham Gold Cup by a nose! http://t.co/JHKSAlElqW @Guardian_sport

In one of the worst Gold Cups in history from a betting perspective, it was Lord Windermere who took the spoils after a steward’s enquiry cleared him of any interference to On His Own in second.

One horse who left an indelible mark on the Cheltenham Gold Cup is Best Mate, who won this race an incredible three times in a row; an achievement yet to be matched in the modern era.

His first win came in 2002 as a 7/1 outsider, but those who witnessed the performance of the Henrietta Knight trained powerhouse that day knew they were witnessing something rather special indeed.

Such was Best Mate’s brilliance that his second and third Gold Cup wins came at prices of 13/8 and 8/11 respectively, although the latter was a real battle for the nine-year-old. On softer ground than he would have liked, Best Mate was well pursued by Sir Rembrandt – supposedly a 33/1 no-hoper according to the markets.

As this race has a habit of doing, the final stretch provided almost unbearable drama as the underdog drew closer and closer, but Best Mate just about clung on to claim a historic hat-trick.

Such was the fondness for the horse that his sad and premature death in 2005 actually made the front pages of national daily newspapers.

Norton Coins It In

If you are betting on a 100/1 no-hoper in one of the best races on the planet, you really could do with going outside and grabbing some fresh air.

Mind you, it’s a strategy that can occasionally work; well, it has once in 94 years, anyway!

The dubious honour of being the only 100/1 winner in Gold Cup history falls to Norton’s Coin, a journeyman who won next to nothing otherwise in his career.

Trained by Sirrell Griffiths, a dairy farmer in Wales who only had two other horses in his stable, Norton’s Coin travelled more in hope than expectation. After all, he was up against a high quality field which included the great Desert Orchid, the defending champion and 10/11 jolly with the bookmakers.

What followed was one of the greatest upsets in racing history, let alone the Gold Cup, and you can actually hear the incredulity in the commentator’s voice as ‘Dessie’ fails to make ground on the winner, who earned his connections a pretty penny if nobody else on the betting floor!

The only silver lining for Desert Orchid’s connections was that he had been crowned Gold Cup champion a year prior.

It was a result which proved popular with everyone given Dessie’s popularity, and his triumph at Cheltenham even outshone his fine achievement of winning the King George VI Chase on four separate occasions.

The grey was only a 5/2 chance because the conditions did not seem to suit him: the Old Course has a right-handed skew – Dessie loved jumping to the right, and of course the Gold Cup track is longer than most he had faced before.

But with Simon Sherwood on board, who knew his charge inside and out, Desert Orchid just managed to hold off the fast-finishing Yahoo to take the crown and elicit one of the loudest roars that the Cheltenham faithful has ever produced.

One of the traits of the Gold Cup is that, more often than not, the race features a nerve-shredding and heart-stopping finish up the final straight.

That was certainly the case in 1970 when L’Escargot and French Tan jumped the last in perfect synchronicity.

It was L’Escargot, a 33/1 outsider, who just pulled away at the line, and not only did he follow up a year later by winning a second Gold Cup, he would go on to win the Grand National in 1974 too!