We all enjoy watching our respective nations play competitive fixtures, whether it’s in the World Cup, a continental competition or in qualifying.

What is less than satisfactory is when our players have to travel around the globe to play meaningless friendlies in front of largely disinterested crowds.

Betting on international friendlies is a nightmare given that the motivation levels of elite players tends to be low, and we just don’t know how seriously they are going to take these games. Underdogs really give it their all too; you only have to look at Panama’s 0-1 defeat to Denmark on Thursday night to see that. The Panamanians, who will face England at the World Cup of course, threw themselves into tackles and were even reduced to ten men when their striker laid out Kasper Schmeichel – unheard of in a friendly.

The good news for anyone that fancies a punt this weekend is that there is a full schedule of lower league fixtures in England, and coming at this ‘business end’ of the season in late March it also means there is plenty of value to be found in teams who really need to pick up three points for varying reasons.

With that in mind, we thought it was worthwhile to examine Leagues One and Two, plus the Vanarama National, to see if there is any betting value that can make up for the international break blues. 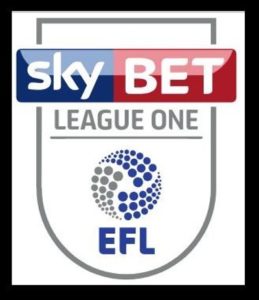 There’s a three-horse race brewing at the summit of League One with Blackburn, Shrewsbury and Wigan separated by just two points.

Rovers aren’t in action this week, which hands the other two sides a perfect opportunity to leapfrog them at the summit of the division. Shrewsbury have confounded critics with their efforts this term, but the season is more than three-quarters through and they are still in contention – so must be taken seriously. The bookmakers continue to undervalue them, and their price of 19/20 to beat Wimbledon this weekend has to be taken; the Dons haven’t won away from home since January.

Wigan’s task is being made all the more tricky by their hectic fixture list, which has seen them play five games in the last 17 days. You would imagine that fatigue will play a part sooner or later, so swerving the Latics, for now, might be wise.

Elsewhere there are a few sides vying for the play-off places but only a handful are upwardly mobile. You can make a case against Portsmouth (four defeats in six), Charlton (no manager) and Bradford (no win since New Year’s Day), and indeed the Addicks look particularly vulnerable on Saturday against sixth-placed Plymouth. Charlton have won 8/19 at The Valley this term, so Plymouth – with a formline of W7 D1 L0 – look excellent value at 11/8 in the Draw No Bet market.

Bury are now ten points adrift of safety at the wrong end of the table – worse luck, they host Wigan on Saturday, while Rochdale’s three-match run on home soil delivered a rather unsatisfying W0 D2 L1. The MK Dons seem to have found something of late, however, winning each of their last two, and there will be plenty of punters who took into the 15/8 about them making it a hat-trick against Blackpool. 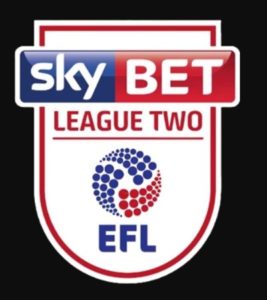 There is just eleven points separating the top six in League Two, with Accrington topping the pile ahead of Luton and Wycombe.

Stanley aren’t playing this weekend, so Luton – impressive at home this term – will be looking to take full advantage when they host bottom-of-the-table Barnet. The Hatters can be backed at 4/6 to claim the three points.

It’s going to be a fight to the end for the play-off places, and you have to wonder if Mansfield’s momentum is stalling now former boss Steve Evans has left the club. It’s hard to know what to make of David Flitcroft’s Mansfield 2.0, who have drawn each of their last four games 1-1!

Perhaps the best poised to make a late dart into the play-off places are Carlisle, who are unbeaten in six with four wins in that span. This week they host a Cambridge outfit with little to play for and whose away form of W3 D6 L10 does little to inspire confidence. The Cumbrians are available at 6/5.

And how about this for a price, long shot backers: Stevenage, who have lost just 3/18 on home soil this term, can be backed in the Draw No Bet market at 9/5 against a Colchester outfit who have won 5/19 away and failed to score in four of their last five games!

The Vanarama National has once again proven to be highly unpredictable, and even at this late stage of the campaign there are seven teams within ten points off the top spot.

Leaders Macclesfield are wobbling having lost at Dover and dropping two points at lowly Maidstone. Sutton, so impressive on home soil, can go top with victory against Chester, who have failed to hit the net in four of their last five.

Third-placed Boreham Wood travel to sixth-place Aldershot Town, and we’re willing to side with the visitors here. Boreham Wood are a tough old nut to crack, and they have lost just two of their nineteen away games this term. Aldershot have won just one of their last five and two games ago were thumped 1-7 by Fylde. Boreham are 6/5 in the Draw No Bet market.

Dagenham and Redbridge are in dire straits after their former chairman pulled all of his investment out of the club at Christmas. They had to sell key figures in Sam Ling, Morgan Ferrier and Corey Whitely to balance the books, and a run of five defeats in seven has duly followed.

Their opponents this week are AFC Fylde, who have scored 13 in their last three games and are desperate to get into the play-off places. The visitors, at 11/8, make for appetising value.

Previous Post: « Holland vs England: Five Reasons to Get Excited About Friday’s Friendly
Next Post: Is This How England Will Line Up In Their World Cup 2018 Opener Against Tunisia? »