Shrewd punters have been working on their shortlists for the Cheltenham Festival in 2018 for quite some time, and now the festivities are approaching fast attention is turning to one of the chief factors that can make or break the famous meeting: the good old English weather.

As you may know, the ‘going’ – that’s how firm or soft the footing is, to the layman – impacts upon two things: which horses are entered into each race, and how well they go on to perform. As some like it hot and some like it cold, horses have a particular penchant for the turf to be exactly how they like it.

The Beast from the East and Storm Emma have joined forces to batter the UK with heavy snow, gale force winds and deluges of rain, and there were even fears at one point that the festival would have to be postponed to a later date with other meetings up and down the land abandoned.

Happily, those concerns have been assuaged recently by organisers, and so punters can expect Cheltenham Festival 2018 to go ahead….albeit in rather sticky conditions.

Clerk of the course, Simon Claisse, told the Racing Post that an estimated 200 tons of snow will need to be manually removed from the track. “I think the ground will be soft when the snow melts, but it’s hard to tell at the moment while it’s still thawing,” he said. “We think the snow will have amounted to about 12mm and the forecast is showing it could be 15mm of rain by next Sunday.”

The long-range weather forecast is not great, either, with heavy rain forecast in the days leading up to the festival and considerable precipitation falling on each of the four race days, too. As we know, British weather reporters are able to miss hurricanes on their maps, so take the above with a pinch of salt, but such consistent forecasts of rain do not bode well for the meeting.

So the watchword for Cheltenham 2018 is heavy; the heavy, muddy conditions favouring some horses much more than others, and that’s something for punters to consider.

It Never Rains But it Pours….

All of this talk of snow, rain and high winds has gotten us thinking about some of the other times that the unpredictable spring weather in England has rather dampened the spirits of festival-goers, if you’ll pardon the pun.

Here’s a couple of occasions in which the Cheltenham Festival has been severely affected by the weather:

All six of the races poised for Wednesday’s session had to be postponed and were subsequently rescheduled for Thursday and Friday; great news for the spectators with tickets for those days!

Both days featured a stacked card with the first races setting off at 12:30pm – a rather premature call to arms for the famous Cheltenham roar, with Thursday’s action hosted exclusively by the Old Course.

Cheltenham 2008 should have been remembered for Denman unseating the king, Kauto Star, in the Gold Cup; instead, those who were present on that fateful Wednesday can still hear the faint echo of the high winds in their ears to this day! 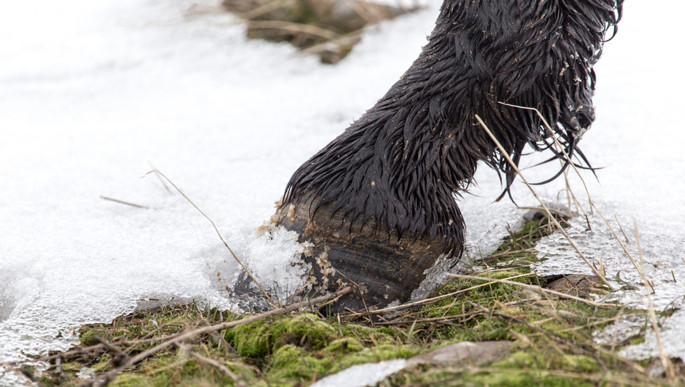 In stark contrast to the wet and wild conditions the horses can expect at the 2018 edition of the festival, unfortunately the entrants to the 2006 meeting were not afforded the luxury of such soft footing.

A bout of extremely cold weather had caused frozen ground at Prestbury Park, with the official rating of good-to-firm used only sparingly in the festival’s 100+ years of existence.

Sadly, the surface was rather dangerous in places and was partly the cause for the deaths of some ten horses either at the festival or immediately after.

Three fatalities occurred in the four-mile National Hunt Chase, the longest and oldest race in Cheltenham’s schedule, and an enquiry was conducted by the Horseracing Regulatory Authority to determine whether the renewal should be outlawed.

They eventually decided it should not, pending changes to safety and conditions, and the renewal remains to this day as the National Hunt Challenge Cup.

Although not weather-related as such, the 2001 edition of the Cheltenham Festival was abandoned completely due to the outbreak of the Foot-and-Mouth epidemic in Britain.

This outbreak swept through farmland and the countryside, and ultimately led to 10 million cows and sheep having to be put down in the UK.

Organisers had no choice but to cancel the festival, first from its traditional March slot and then the rescheduled April dates, as Cheltenham fell into one of the geographical exclusion zones set up to try and combat the spread of the disease.

This was the only incidence in the modern era of the festival being completely wiped out.