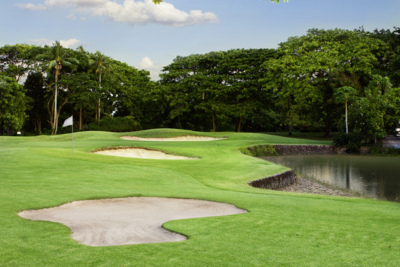 The concept behind golf’s majors is a simple one: to provide the ultimate test. From hitting long and straight off the tee, to approaching with accuracy and putting with a steady hand, the majors also examine the psychological fortitude of all their prospective winners. Course management is one thing; ‘bottle’ is quite another.

That’s perhaps the reason why The Masters, one of the most physically and mentally demanding tournaments in the world, is often won by the very best in the business.

There are occasional anomalies – Danny Willett in 2016 as one, Trevor Immelman and Angel Cabrera as others – but even that trio were semi-prolific on the other tours around the world.

The point is that to win The Masters you have to be some player. Tiger Woods, Phil Mickelson, Jordan Spieth, Nick Faldo, Arnold Palmer, Jack Nicklaus, Gary Player, Sam Snead….these are all names on the trophy and all have slipped into the famous green jacket. Only the best need apply at Augusta National.

The stats bear the point out: each of the last six winners have been ranked inside the world’s top 20, and most had played well at this complex layout prior to their victory.

So we can say with a degree of certainty that one of the favourites will be named Masters champion on Sunday; but who is best placed to take the spoils?

What a difference a week makes. Just ten days or so ago punters could get 16/1 on Spieth winning a second turn in the green jacket, but after a sublime performance at last week’s Houston Open he is now in as the bookmakers’ favourite.

And why not: in the past four years, Spieth has finished first, twice (twice) and eleventh, and few can lay claim to such intimate knowledge of Augusta as the 24-year-old.

By his own high standards Spieth has been out of form of late, and the reason is as obvious as it gets. Last year he ranked inside the top three on the PGA Tour for Strokes Gained: Putting. This season so far, he’s down at 185th.

But there were signs in his final round at Houston that the putter was beginning to flow again, and with golf being a sport where the bit between the ears is as important as anything else, Spieth’s added confidence on the greens might just be the difference between success and relative failure.

Golf is a sport where amateur statisticians can have their wicked way with all manner of weird and wonderful numbers.

Some are insightful, and some aren’t: one which very much was came at the Arnold Palmer Invitational a few weeks ago, when Rory McIlroy lifted the trophy.

His putter was uncharacteristically hot, to the extent which the strokes he gained on the greens almost single-handedly took him to the title. It was an anomalous performance – he missed the cut at the Valspar Championship a week prior and was knocked out in the group stage of the World Match Play a week later.

It’s hard to write the Irishman off considering he’s finished inside the top-10 of The Masters in each of his last four visits, but if that putter cools down even slightly he might just have his work cut out in winning this tournament for the first time.

One of the PGA Tour’s most prolific winners will be eyeing a second major title this week.

Justin Thomas won the PGA Championship last summer, and that makes it EIGHT tournament wins since the start of the 2017 season. That is more, a lot more, than anybody else.

#Picture: Justin Thomas already ‘on to the next one’ after Honda Classic victory pic.twitter.com/Gh2JQzpmXh

The most recent of those came at the Honda Classic six weeks ago, so JT is well and truly on form at the moment. In a tournament where the cream typically rises to the top, he cannot be overlooked.

Here’s the thing, though. He is yet to crack the top-20 at Augusta in two visits, so has he too much ‘learning’ to do around these famous tree-lined fairways to be considered a likely champion in 2018?

Here’s a curious stat: you have to go back more than a decade to find the last time the world number one, at the time, won The Masters.

Those sorts of stat are there to be broken, of course, but you do wonder if Dustin Johnson is playing well enough right now to make it happen.

He was knocked out at the group phase of the WGC Match Play, and in his first match against Bernd Wiesberger he actually finished at +9 in strokeplay scoring.

DJ also looked slightly out of sort at the WGC Mexico and Genesis Open, and so there are enough question marks about a 13/1 shot in a field of this quality. He may well win, of course, but we shan’t lose any sleep if he does.

The Big Cat has shown that you can teach an old dog new tricks.

After slowly tiptoeing his way back onto the PGA Tour following a raft of back surgeries and personal problems, Woods has surely over-achieved even his own expectations by finishing inside the top-five in his last pair of starts at the Valspar Championship and Arnold Palmer Invitational.

Having won at Augusta four times, and finishing inside the top-10 in seven of his subsequent nine starts there, many punters are wondering if Tiger might be able to achieve what Nick Faldo this week claimed would be ‘the greatest comeback in sport’ and lift another Masters crown.

We may have to poop the party, unfortunately. Tiger’s renaissance has been owed to some fantastic iron play, and at the shorter courses he is able to hit his irons off the tee. At Augusta, however, he will need to unleash his driver on the longer holes….and this is a club that, up to now, has been his downfall.