It has been a long drawn out process, has replacing Arsene Wenger, and you can forgive Arsenal fans for getting a lit bit twitchy about the whole situation.

It appeared that Mikel Arteta, a coach at the club, was nailed on to be given the manager’s role – a move largely detested by Gunners supporters given his lack of experience – but in something of a curveball it was announced this week that former PSG boss Unai Emery will take the reins as of the 2018/19 campaign.

After a period in the doldrums, Arsenal will be hoping it’s a move that will propel them back into the upper echelons of the beautiful game in England, and they will also be hopeful that Emery’s ability to win silverware will also translate itself into success on these shores.

One thing’s for sure, it’s a bold move for Arsenal to employ a new man with no experience of management in the English game, but then neither did Wenger and he oversaw one of the most successful periods in the club’s history – barring those barren recent years, of course.

So is the Spaniard the right man for the Gunners, and can he bring instant reward next season?

It was at the Spanish second tier side, Almeria, that Emery’s management career really started. He led them to promotion and then an eighth place finish in La Liga, and that over-achievement saw him snapped up by Valencia to replace their outgoing manager, Ronald Koeman.

There followed another couple of seasons of outstripping expectations, with Emery guiding los Che to sixth place in La Liga in his first season despite crippling debt. In his second he guided Valencia to third, and in 2010/11 – without David Villa and David Silva, who were sold without his say so – Emery led them to another top three finish and the last 16 of the Champions League.

His relations with the club’s board deteriorated as they continued to sell their best players against the manager’s wishes, and Emery set sail for an ill-fated spell as Spartak Moscow boss.

He returned to Spain less than a year later with Sevilla, and guided Los Hispalenses to the most successful period in their history. Three consecutive Europa League triumphs followed, and Emery consolidated the club’s position in La Liga with finishes of fifth, fifth and seventh.

His side played classy football too; the kind that captured the attention of PSG, who announced Emery as the successor to Laurent Blanc in June 2016.

No Love for Emery in Paris 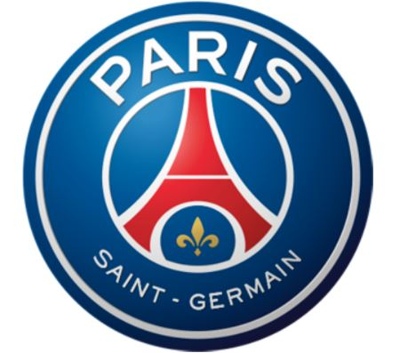 Success in France, specifically in the domestic competitions, is seen as a given for Paris St Germain these days, although in his first season in charge Emery ‘achieved’ the unthinkable: losing the Ligue 1 title to Monaco.

And you may just recall the jaw-dropping loss his side suffered in the last 16 of the Champions League: losing 5-6 on aggregate to Barcelona after winning the first leg in Paris 4-0.

He still won three pieces of silverware in his first season at the club, and followed up this term with four trophies: wrestling the Ligue 1 title back from Monaco to go with the Coupe de France, Coupe de la Ligue and Trophée des Champions.

But again, PSG made no forward progress in the Champions League, with a resounding last 16 defeat to Real Madrid all they had to show for their efforts.

And so Emery announced he was to leave the club at the end of the 2017/18 campaign, and his move to Arsenal – coming slightly under-the-radar – was confirmed earlier this week.

The capture of the Spaniard has been met with a rather mixed reception by Arsenal fans, who recognise a man who failed to move PSG forwards despite spending in excess of £300 million in barely two years.

The club’s chief executive, Ivan Gazidis, said that Emery’s ‘values on and off the pitch’ made him the ideal candidate for the job. “Unai has an outstanding track record of success throughout his career, has developed some of the best young talent in Europe and plays an exciting, progressive style of football that fits Arsenal perfectly,” he said.

The Spaniard has shown an eye for a bargain in the past, signing Adil Rami, Aritz Aduriz, Dani Parejo and Jonas for a combined £15 million while at Valencia, and picking p the likes of Ever Banega, Ciro Immobile, Aleix Vidal and Carlos Bacca for under £10 million apiece while at Sevilla. That skillset will serve him well as his new employer continues to tighten the purse strings.

More than anything else, Arsenal fans want to see a well organised, disciplined and defensively sound outfit pull on the red shirt next season, with a top four finish a necessity. If Emery can’t deliver that, he is unlikely to be shown the level of patience that Wenger was in his declining last years.