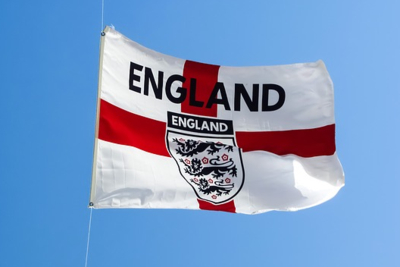 As eagerness for a news announcement goes, waiting for the England squad for the World Cup to be named is right up there with the sweaty palmed, pant-shredded terror of the best of them. And that’s just the fans….

This afternoon Gareth Southgate named his 23-man squad for the summer showpiece in Russia; taking the unusual step of naming his official squad rather than a larger set of provisional players.

And so the 23-men you have read out about on social media will turn up at Heathrow Airport in June with their boarding passes; ready and willing to try and end the Three Lions’ 52 year wait for a major trophy.

If you have been busy at work or living under a rock for the afternoon, here’s a rundown of who is in and who can plan their summer holidays to Marbella:

Despite mixed campaigns with their club sides, Southgate has kept the faith in his youthful pair of Jordan Pickford and Jack Butland.

Pickford’s Everton underwhelmed once more and saw two managers sacked as they failed to make any headway in the Premier League, while Butland’s Stoke were relegated; never a good look for a keeper.

Southgate’s third choice raised a couple of eyebrows, with Burnley’s Nick Pope getting the nod ahead of Joe Hart.

This will be valuable big tournament experience for Pope, of course, but the youngster is unlikely to get anywhere near the starting eleven unless disaster strikes Pickford and Butland.

Perhaps Hart, with his big tournament experience, would have been a smarter pick as third choice. He could have imparted some nous onto his younger colleagues, but instead the manager has gone for a rather youthful trio between the sticks.

Trent Alexander-Arnold has been rewarded for his fine maiden season as a Liverpool player with a call up to the World Cup squad.

He could yet force his way into the first eleven too given that he will have Champions League final experience under his belt by the time the tournament comes around. But he will need to usurp Kyle Walker and/or Kieran Trippier from the right wing back role.

If Southgate perseveres with his 3-4-3 formation then Walker may be pressed into action at centre half, as he was in the experimental friendlies against Holland and Italy, and so the other two central defensive positions will be fought for by John Stones, Phil Jones, Harry Maguire and Gary Cahill, who perhaps was the last name on the sheet ahead of James Tarkowski.

On the left hand side Ryan Bertrand has been surprisingly omitted, with Tottenham’s Danny Rose expected to start at wing back and the versatile Ashley Young acting as his deputy.

It was leaked to the press on Tuesday that Jack Wilshere had not been selected for the squad; not a surprise due to his injury worries, but the Arsenal man remains arguably England’s most naturally gifted midfielder.

Instead, Southgate will probably field Jordan Henderson and Eric Dier as a rather prosaic deep-lying pair, although Ruben Loftus-Cheek and Fabian Delph – selected for his versatility – could also fill in.

In the modern system that the Three Lions have deployed in their most recent outings, there will be room for two advanced midfielders to play in the inside left/right channels, and the likely occupants of those positions will be permed from Raheem Sterling, Dele Alli and Jesse Lingard.

It looks a straight shootout between Harry Kane and Jamie Vardy for the ‘number nine’ slot, while Marcus Rashford and Danny Welbeck, arguably the biggest eyebrow-raiser in the selected squad, can fill in in the wide areas or play through the middle.

Now that the squad has been announced, we can all start formulating our own starting elevens from the 23 available players.

What shape do we play? Is Dele Alli worth his place in the side after a fallow few months with Tottenham? Is there a way to play Kane and Vardy up top together?

These are the questions that will be tossed around in the coming days and weeks, but if you want to put your money where your mouth is how about this: SkyBet are offering odds of 10/1 that the below will be the England starting eleven against Tunisia on June 18.

Is it worth a few quid? 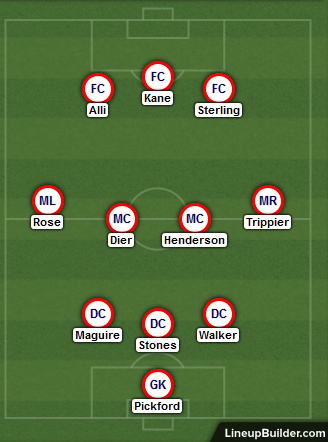 Previous Post: « World Cup 2018 Squad News: Neymar Shakes Off Injury to Shine in Russia
Next Post: Moyes and Allardyce Pay the Penalty for Old Fashioned Ways as Hammers and Toffees Move On »