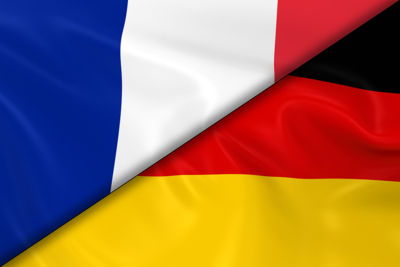 When you can boast a selection of the planet’s finest players at your disposal, it’s a shame that only 23 can be named in your World Cup squad.

So the task of whittling down a huge shortlist to those definitely confirmed for Russia was not easy for France’s Didier Deschamps or Germany’s Joachim Low, but both this week announced their squad’s for the summer spectacle.

Deschamps has gone full throttle; naming the 23 players who will pull on the blue shirt, with a number of others on the standby list.

Low has been rather more cautious, and on Wednesday he confirmed a 27-man shortlist for his full squad, with four being axed in the coming weeks.

These are two of the favourites to win the whole tournament behind Brazil, and so the footballing world had their ears pricked up for this pair of squad announcements. This is what they will have heard:

No Room for Martial Law in French Connection

For fans of English football, the omission of Alexandre Lacazette and Anthony Martial may have raised a few eyebrows.

We know the pair as pacey, versatile frontmen that can play wide left or through the middle, but Deschamps has opted for a few different options in attack and a few of those are Ligue 1 based; highlighting the country’s bias towards their domestic players.

Florian Thauvin, of Marseille, surprisingly gets the nod over the pair, and a collection of exciting-looking attacking options for Les Bleus is supplemented by Olivier Giroud, Antoine Griezmann, Ousmane Dembele, Kylian Mbappe and Liverpool target Nabil Fekir.

There is a strong Premier League presence in midfield, however, with N’Golo Kante and Paul Pogba likely to start alongside Juventus’ Blaise Matuidi.

One area of possible weakness in the squad is their defence, although Raphael Varane and Samuel Umtiti are a more than adequate central pairing. But there is a lack of international experience in the wide areas, with Benjamin Mendy – injured for pretty much the whole of the league campaign – possibly thrust into action on the left.

In goal the irrepressible Hugo Lloris takes the number one jersey, with competition coming from Steve Mandanda and Alphonse Areola.

The Germany squad is ??? #WorldCup pic.twitter.com/C5FAgWpnd5

If you cast your mind back to what feels like a lifetime ago, you may just recall Mario Gotze netting the winner in the final of World Cup 2014.

The Borussia Dortmund man was expected to take the game by storm after such a high profile moment of success, but he has struggled to replicate that form since, and a series of injuries this term have left Joachim Low with no alternative but to leave him at home.

The other major news emanating from the Germany squad announcement was the prognosis of Manuel Neuer, the brilliant shot-stopper who has missed the vast majority of the Bundesliga campaign with injury. He has been named in this provisional squad but alongside three other keepers: Bernd Leno, Kevin Trapp and Barcelona’s Marc-Andre ter Stegen. That suggests that Low wants to take a look first hand at the Bayern keeper’s fitness levels.

There is a Premier League presence in the Germany squad, with Antonio Rudiger expected to take one of the central defensive spots, and Leroy Sane and Mesut Ozil battling it our for an advanced role in midfield. Ilkay Gundogan could start in the middle alongside the exceptional Toni Kroos.

The main issue facing this Germany side, as it has been for a number of years, is that they lack a genuinely prolific striker to play through the middle. Thomas Muller, ostensibly a right winger, is often shoehorned into the central role, with Mario Gomez’s best years behind him.

One alternative would be to select Timo Werner, the outstanding RB Leipzig man, through the middle. He has notched an impressive 22 goals this season, including three in four in the Champions League, and at the age of 22 he is definitely one for the future. But is he the man for now as Germany seek to successfully defend their World Cup crown.

They would be the first nation since the incomparable Brazil outfit of 1958-62 to retain their title, and yet at odds of 5/1 they look exceptional value to write their way into the record books.

Previous Post: « Moyes and Allardyce Pay the Penalty for Old Fashioned Ways as Hammers and Toffees Move On
Next Post: Spain and Belgium World Cup 2018 Squad News: Chelsea Trio Miss Out as Spanish Set Sights on the Trophy »