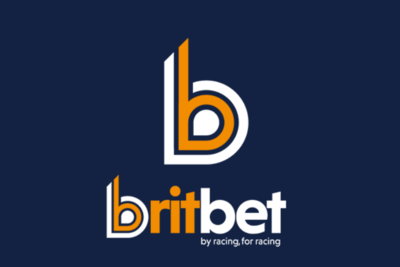 Even with the ever changing face of sports betting, there is still a thrill to be had in placing a few pool bets when visiting your local horse racing track, and the good news for punters is that The Tote – the traditional pool betting operator in the UK – looks set to be replaced by an innovative new offering this summer.

The Tote was established 90 years ago by Winston Churchill’s government, with the aim of providing a safer, regulated betting market. Bought out by Betfred in 2011, the brand remains strong to this day with an extensive presence on the high street and at a number of UK and Irish racetracks.

But Betfred head honcho Fred Done confirmed late in 2017 that his firm would not be renewing their contract as the UK’s sole pool betting supplier.

Happily, it appears as though Britbet will step into the void when they launch on July 13, and they have announced two new bet types that could revolutionise the way the punting community places their pool wagers.

The Tote has long been renowned for their ‘win’ and ‘place’ bet options for punters down at the track, and now Britbet looks set to extend that offering further with the introduction of correct order markets known as ‘Firsts’.

This is essentially an extension of the forecast bets available with traditional sportsbooks, but even so will ensure an exciting alternative for punters to traditional pool betting.

These include First Two, First Three, First Four and First Five, with huge multi-million prize available if you can back the first four or five home in the correct order.

Britbet’s director of communications, David Williams, said: “Some of our new bet types are popular in other countries and we’re confident they will appeal to customers who have been crying out for fresh bet types to embrace in the UK.

“Our cashback facility, coupled with the significant pool guarantees we’re going to be able to offer, will ensure we’re able to reward specific customers and groups of customers with rates that are both preferential and competitive. There are circumstances when regular pool players will effectively be betting at rates that are markedly superior to the existing industry standard.”

While the demise of the Tote is a sad state of affairs, there is hope that the new offering from Britbet will reinvigorate pool betting at racetracks up and down the land.

The firm has agreements with 55 leading tracks in the UK, and they will essentially take over the running of the pool when Betfred’s Tote lease runs out later in the year. Confirmed as on board include venues under the Jockey Club, Arena Racing Company and Scottish Racing banners, as well as Newbury, York and Goodwood.

The Tote will retain exclusive brand rights to the Scoop6, Jackpot and Placepot, however, and they are expected to remain in the industry in one form or another with 25% of their stake being purchased by the Alizeti consortium.

The mission of this band of investors, which includes a number of racehorse owners and breeders who are expected to pump in an estimated £150 million over five years, is to reduce deductions from Tote pools in order to woo new customers.

There are expected to reach as low as previous levels, which are significantly lower than the current 19.25% and 20% marks for win and place pools.

The shake-up of pool betting is just one major change that horse racing punters can expect in the coming months. At The Races (ATR) is rebranding to Sky Sports Racing, which will see a number of key meetings – and 650 in total – broadcast free to air and in HD.

On the flipside, the artist currently known as ATR have lost the broadcasting rights to Irish racing to their main rival, Racing UK.

Previous Post: « Tennis Embroiled in ‘Tsunami’ of Betting Corruption According to New Report
Next Post: El Clásico: So Much More Than Just a Battle for Spanish Football Dominance »