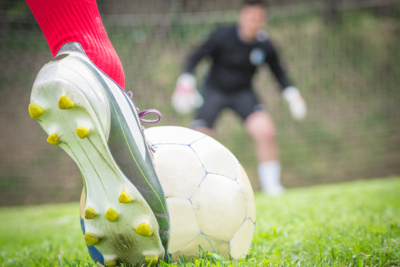 You do wonder if some callous individual had never mentioned the idea of a penalty shootout, would England have lifted the Jules Rimet trophy on more than just one occasion?

It’s a fair question to ask given that in three recent renewals of the World Cup, the Three Lions have been disposed of in this cruellest of manners.

Readers of a certain vintage will recall Chris Waddle blasting his spot kick into the solar system during the semi-final defeat to Germany, while further penalty shootout defeats were to follow in 1998 to Argentina and 2006 to Portugal.

In an ideal world, Gareth Southgate would have had his men out practising from 12 yards in preparation for this summer’s tournament, but it turns out that the players might not practice for the eventuality at all!

Southgate confirmed in a fans forum that the national Under-17s team had been used as guinea pigs for various spot kick routines; including whether practice was necessary at all.

And Matt Crocker, the FA’s head of player development, suggested that it was ultimately down to the players to decide. “Rather than thinking it’s about the player practising penalties every day in training, some of the players told us ‘we don’t want to practise them every day’,” he said.

“Those who don’t need it and just want to take it in a game, because that’s their style, we tailor it specific to their needs.”

The six-point dossier, which the FA hopes will lead England to success in Russia, also focuses on pre-penalty preparation: with players asked whether or not they want to take a spot kick, and remaining calm during that dreaded walk from the centre circle to the penalty spot.

Who knows; it’s this preparation that could final end 52 years of hurt!

Croatia are one of the very first countries to name their provisional squad for Russia, and it contains a number of top notch talents.

Real Madrid pair Luka Modric and Mateo Kovacic, and Barcelona’s Ivan Rakitic, will put club allegiances aside and link up in midfield for the Croats, and they will support a highly capable frontline that includes Mario Mandzukic – fresh from Juventus’ Serie A triumph, Ivan Perisic and Nikola Kalinic.

Liverpool’s Dejan Lovren will shore up the defence along with Atletico Madrid’s Sime Vrsaljko, and in goal the Eastern Europeans can call upon the talented Monaco shot stopper, Daniel Subasic.

While it is the list of squads that generally captures the imagination of the public, the 36 referees that have been handpicked by FIFA generally draw less fanfare.

One ref, Fahad Al-Mirdasi has this week been suspended by the Saudi Arabian football authorities as he remains under ‘administrative investigation’.

The Saudi official was also taken off domestic duty for the King’s Cup final between Al-Ittihad and Al-Faisaly, with former Premier League whistle-blower Mark Clattenburg instead put in charge.

There is yet to be any confirmation of wrongdoing from Al-Mirdasi, and he could yet take up his role in Russia this summer.

It has been confirmed that VAR technology will be used at the World Cup, with video replays and the officials’ decision-making process to be shown on the big screen during the match for the very first time.

Similarly to the Hawkeye tech used in cricket and tennis, supporters inside the stadium will be able to watch replays unfold and any subsequent decisions made in real time. It’s a move designed to add to the atmosphere inside the stadia, as well as helping to clear up the confusion that VAR-based decisions have created in a number of European football’s top divisions this term.

Pierluigi Collina, the terrifying former referee who has officiated in a World Cup final, said that the idea behind VAR is to ‘avoid clear and obvious major errors’. “It’s not a question of refereeing the match with technology,” he said. “The goal has never been to check every minor incident.”

But the technology is not without its faults, and even senior officials in the world game – including UEFA president Aleksander Ceferin – believe it should be tested further before being unleashed on the beautiful game’s biggest stage.

He told the Italian paper Gazzetta dello Sport: “I have some fear for the World Cup, where we will have referees who have never officiated with the VAR.”

Previous Post: « It’s Not How You Start, But How You Finish: The Permutations of the Final Day of the Premier League Campaign
Next Post: World Cup 2018 Squad News: Neymar Shakes Off Injury to Shine in Russia »