England will face their first proper test of World Cup 2018 on Thursday evening when they tackle Belgium in Kaliningrad.

There are conspiracy theories and rumours abound – do we want to finish first or second in the group? Who do we want to avoid from Group H? If we finish second will we avoid Germany in the quarters?

But all of those questions are being asked by armchair supporters. You can rest assured that Gareth Southgate will be sending a side out with designs on beating the Belgians to keep the momentum of Sunday’s 6-1 pasting of Panama going.

As for Belgium, they won handsomely last time out too – albeit in less convincing fashion than the Three Lions – when they thrashed Tunisia 5-2. These are two teams who have really clicked in Russia, and Thursday’s game should be a belter.

It’s the kind of game where you don’t exactly envy the bookmakers’ traders, who must come up with their own reasoning to make one of these teams their favourite. You can get 13/8 on an England victory, 2/1 on a Belgium win and 11/5 on the draw, so the bookies are shading the Three Lions….but essentially admitting they don’t have a clue how to price the game up!

It should be a thrilling finale to Group G, and we look forward to trying to prise them apart in the rest of this preview.

The psychology of the average football fan is a fascinating thing. Before the tournament started, most England supporters were playing down their side’s chances, and now after a 6-1 win over a Panama side who, with all due respect, played like a pub team on Sunday suddenly we’re going to win the World Cup and we can look forward to July 15 being declared a bank holiday forever more.

England have now shipped goals against Tunisia and the Panamanians, and while we do look a force in attack we must note that our goal tally has been supplemented by strikes from the penalty spot and set pieces; we aren’t carving teams apart in open play, quite yet.

But look, sport is all about confidence, and the England players will have that in spades right now.

Belgium, of course, will present a much sterner test, and you would imagine that Southgate will change his team around to tackle the threat from Eden Hazard, Kevin de Bruyne and co.

Expect Eric Dier to come into midfield alongside Jordan Henderson; a move that will blunt the Three Lions’ attacking joie de vivre. Jesse Lingard and possibly Dele Alli will be given briefs to support an otherwise isolated Harry Kane at all costs. Kyle Walker, on a booking, may be given the evening off.

It will be a different England, both in terms of style and personnel, and we can only hope that the result stays the same: an England win. 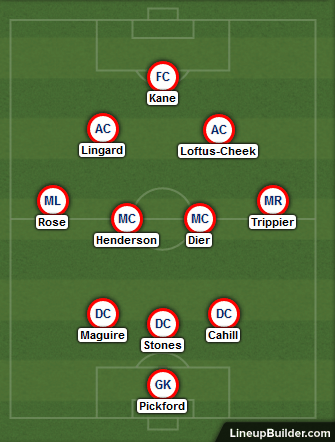 Changes are rumoured to be afoot in the Belgium starting eleven, with Romelu Lukaku and Dries Mertens believed to be struggling with injury.

Jan Vertonghen, Kevin de Bruyne and Thomas Meunier are all on yellow cards too, and while De Bruyne and Eden Hazard have reportedly badgered Roberto Martinez not to drop them for Thursday’s game, it remains to be seen whether the former Everton boss is all ears.

Belgium’s squad is strong, of course, with plenty of depth, but if Martinez does ring the changes you would argue that means advantage England. 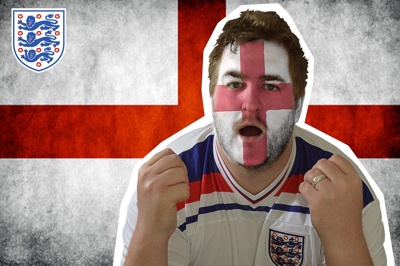 There are plenty of unknowns here, and punters are advised to wait until the starting line-ups have been revealed before piling in with their cash.

Both teams will try to win this game – don’t be fooled by the conspiracy theorists, and really it will be down to who can take the few chances that are created in a gem likely to be plagued by a congested midfield area.

One avenue that England can exploit is down the flanks, especially with Kieran Trippier – who has been excellent so far, going one-on-one against Belgium’s Yannick Carrasco, a winger turned wing-back under Martinez. There are opportunities here for England to get in around the back, and that should result in plenty of dangerous crosses into the box.

The Belgians will miss Romelu Lukaku’s physical presence greatly, and his eye for a goal. Michy Batshuayi simply isn’t a like-for-like replacement.