Not very much gets past the eagle-eyes of the paparazzi, and Gareth Southgate was on the receiving end of their lenses in training on Thursday.

He very briefly held some notes in his ‘good’ arm – the England coach dislocated his shoulder while out for a jog the other day – and the long-range cameras of the assembled press were able to pick up two interesting titbits ahead of Sunday’s Group G clash with Panama.

The notes showed a probable team sheet, with the starters on the top line and their potential replacements, should a substitution need to be made, listed just underneath.

Image as reported by The BBC

The key points were that Dele Alli’s thigh strain, suffered against Tunisia and exacerbated in training, appears to be keeping him out of Sunday’s fixture. His name was written in red ink and kept away from the proposed starting eleven.

The names of the goalkeeper and three defenders has been partially obscured in the image, but you suspect that Jordan Pickford will continue in goal behind a back three of Kyle Walker, John Stones and Harry Maguire.

Kieran Trippier is clearly displayed at right wing back, while Southgate’s finger covers the name of the left wing back. In all likelihood, Ashley Young will continue.

Jordan Henderson retains his place in midfield, with Ruben Loftus-Cheek, after an impressive cameo against Tunisia, set to come in and partner the Liverpool man alongside Jesse Lingard.

The second change comes in attack, where Marcus Rashford’s name is listed alongside that of Harry Kane. Indeed, according to Southgate’s notes, it would appear that Raheem Sterling is being considered for a slightly deeper role against Panama, with his name inked underneath that of Loftus-Cheek in an advanced midfield role.

Sterling hasn’t quite been able to reproduce his club form for England of late, and a watching brief from the bench might just do him some good with (hopefully) more games to come in this tournament. 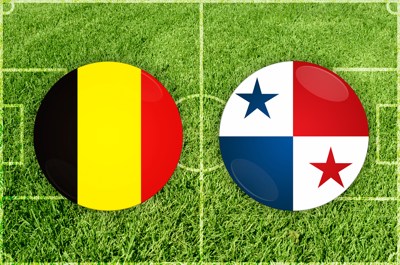 Famous for their canal, the making of hats and the exporting of cigars, it’s little wonder that Panama went for the former went giving their national football team a moniker.

Translated as ‘the Canal Men’, Panama were truly treading water against Belgium in their opening Group G encounter.

They frustrated their more illustrious opponents in the first period, with hard work, organisation and some clever fouls at the right time and place disrupting the flow of Hazard, De Bruyne and co.

The Belgians found their poise after a nervy first half, and after Dries Mertens expertly fired them ahead early in the second period they found their mojo; Romelu Lukaku bagging a brace to help his side to a 3-0 victory.

All of the positives we can throw at Panama were in a defensive sense; they worked hard, got stuck in and, by and large, were well drilled at the back, although their back four will have certainly slept well that night.

They made a staggering 29 clearances, which suggests they are comfortable with balls into the box from wide areas, and that will be food for thought for Southgate and co.

Indeed, Belgium’s best moments came when they were able to get Lukaku and Hazard in around the back, and perhaps that is why the rapid Rashford may just find himself in England’s starting eleven.

At the other end, Panama rarely threatened, and with just 39% possession – and a lowly 82% pass accuracy – they were never likely to fashion anything meaningful unless the Belgium back three went to sleep.

The bookmakers have installed England as favourites at around 1/4 for Sunday’s game, with Panama available at a lofty 18/1 to spring the mother of all upsets. Those odds are pretty much fair given what we saw in the respective sides’ opening matches.

The game will take place in Nizhny Novgorod, where the temperature is expected to hit a sultry 32° on Sunday, and that usually impacts games in a couple of ways.

The stifling heat has contributed to plenty of low-scoring encounters in World Cup 2018 thus far, and clearly the English players aren’t used to playing high tempo football in such temperatures.

Secondly, you would expect Panama to tire later in the piece, given that they will spend the most part of the game chasing the ball. At this point, we would expect the Three Lions to flourish – as Belgium did with two goals in the last 20 minutes.

We just don’t see anything about this Panama side that suggests they can trouble England, and so we’ll be backing Southgate’s men to win to nil at a general 8/13.

Previous Post: « Germany vs Sweden Betting Preview: Are the Reigning Champions on the Brink of Exiting the World Cup?
Next Post: Argentina vs Nigeria Preview: Is Messi About to Wave Goodbye to World Cup 2018? »