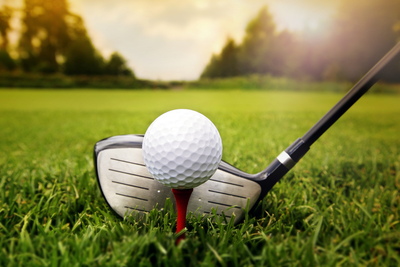 Where has 2018 gone? It feels like only yesterday we were making – and breaking – new year’s resolutions, and here we are halfway through the year in the blink of an eye.

On the plus side, that means we are heading into golf’s ‘major season’, and that kicks off this week with the US Open, which will be played at the Shinnecock Hills club on Long Island, just off the coast of New York.

It is, habitually, the toughest test in the sport, even if last year’s hosting produced an anomalous result as Brooks Koepka cantered to victory with a score of -16.

The US Golf Association, who are responsible for setting up courses prior to the US Open, received plenty of criticism for the apparent ease with which Erin Hills played, and so the players can expect a much sterner test in the Big Apple this week.

If you follow anyone in the know on social media you may already have seen images and video of just how long the native grasses are there, but then on the flipside you have some pretty wide fairways for the players to attack off the tee. Accounting for the famous Long Island winds, you would suggest that Shinnecock Hills will provide a decent examination of ball striking without being overly difficult.

Punters like to get their tanks on the lawn as early as possible for the majors, certainly prior to the early market value being eaten up, so here’s a quick breakdown of the runners and riders to follow in NY this week:

Eating At The Top Table

There is a stacked field towards the summit of the betting market, and as is often the case the one that really catches the eye is the bookies’ favourite, Dustin Johnson (9/1).

After complaining about problems with his putting stroke lately, DJ went back to a tried and trusted putter that may have been gathering dust in the garage, and it paid immediate dividends when he won last week’s St Jude Classic. For context, he finished six shots clear of his nearest challenger and ten ahead of the chasing pack.

You couldn’t wish for a better lead-in to a major, and with confidence in his putting stroke restored the favourite will take some stopping this week.

The difficulty for punters comes with the knowledge that plenty of others appeal too. Rory McIlroy is somewhere near his best, and we know he has a habit of turning it on for the majors, while Justin Thomas could probably argue that he has been the best player on the planet for the past year or so. Justin Rose and Jason Day are more than capable of lifting this trophy as well.

We’re happy enough to swerve Tiger Woods – can he really mix it with the best for 72 holes?, and Rickie Fowler, who continues to drive his backers to despair. At 18/1, he makes for no value whatsoever.

There are others who we can categorise into the ‘unknowns’ folder. Jon Rahm will win a major one day, make no mistake about it, but whether it’s this week remains to be seen. There’s Hideki Matsuyama, a supreme talent when on song, and Brooks Koepka, who has the length to do some damage at Shinnecock Hills.

But if you are focusing solely on one short priced pick, you’d have to say that DJ is the one expected to call the tune this week.

Two from the Middle

There is a whole segment of the market from 30/1 to 60/1 where a potential champion might emerge from.

Shinnecock Hills is what those in the game describe as a ‘Links’ course. These are famous around the UK and Ireland for their absence of trees, deep bunkers and long rough, and typically located by the coast they tend to be wind-ravaged too.

The early indications suggest that this layout can be added to that family too, in which case two players that immediately spring to mind are Branden Grace (40/1) and Marc Leishman (50/1).

This pair are among the finest Links exponents on the planet, with Grace setting a British Open record last summer for lowest round and Leishman losing out in a play-off to Zach Johnson in the famous St Andrews Open of 2016.

Both are in decent form having showed up well at another Links-style set-up, Trinity Forest, a couple of weeks ago, and with the US Open providing ten first-time champions in the last thirteen years, perhaps either of these two fine talents will claim their maiden major.

We would expect one of the big boys to lift the trophy come Sunday, but the US Open has had a habit of throwing up surprise winners through the years.

In 2005, Michael Campbell was an unlikely victor at 150/1, and four years later Lucas Glover took the honours as a rather unfancied 200/1 shot. So, it’s not impossible, if improbable.

There are a couple at comparable prices who look worth a go this week. Jimmy Walker, the 2016 PGA Championship winner, appears to have fought off the challenges of Lyme disease, and he has been playing some excellent golf of late. No stranger to winning in the wind, he looks great value at 100/1.

Jimmy Walker, the 2016 PGA Championship winner, was “perpetually tired, he felt weaker than usual, and was… https://t.co/gq3df5nkre

Fans of converging trends may just have a flutter on Brandt Snedeker, who finished sixth at the St Jude Classic last week and who has seven top-20 finishes in his last nine US Open starts. Sneds’ is certainly worth backing in the top-20 market, as well as outright at 125/1.

Length off the tee could be an advantage at Shinnecock Hills as it will enable the bombers to play short wedges into these firm greens, rather than shorter hitters who will have to reach for a mid-range iron.

It’s an advantage, for sure, so why not have a go on the longest driver on the PGA Tour: Trey Mullinax. The 300/1 hope is improving all the time, and earlier in the season broke the course record at the Texas Open!