World Cup 2018 is zipping by at pace, and we already through the first round of group matches in Russia.

To be fair, they delivered everything you would want from the tournament: great goals, shock results and contrasting cultures colliding on the biggest stage of them all. 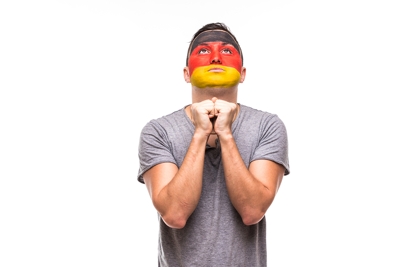 After a disappointing Euro 2016 by their own impeccable standards, Germany would have been looking to make a statement in their opener against Mexico.

But a curious team selection from boss Joachim Low, which left his centre backs ruthlessly exposed to the Mexicans’ pace on the counter attack, cost his side dearly as a Hirving Lozano goal led the South Americans to a famous win.

Joshua Kimmich covered every blade of grass apart from that pertaining to his right back position, and that bizarre lack of discipline from the usually ultra-efficient Germans was costly.

They now need to take six points against Sweden and South Korea to progress to the last 16.

The Messi vs Ronaldo debate rages on and will continue to do so until both are enjoying a well-earned breather in retirement.

You can make a case for Messi being the most technically gifted player on the planet, sure, but when it comes to anointing a king who can single-handedly drag his teammates to glory than Ronaldo is simply untouchable.

After guiding his side to the Euro 2016 title, the Real Madrid man was up to his tricks against Iberian foe Spain on Friday. Aided and abetted by some generous refereeing and an uncharacteristically error-making David de Gea, Ronaldo blasted the first hat-trick of World Cup 2018 and ensured his Portugal teammates got something from a game they, perhaps, deserved to lose.

There are no more superlatives to describe Ronaldo; just sit back, watch and enjoy.

Okay, so they only took a point from their contest with Portugal, but the takeaway feeling was that the Spaniards are still ready to soar under Fernando Hierro.

With question marks over Ronaldo’s first two goals (none over his brilliant third), you could say that Los Rojo deserved more than the draw, and some of their passing play – particularly between Jordi Alba, Andres Iniesta and Isco down the left-hand side – was extraordinary.

It will be intriguing to see the level of trouncing they hand out to Iran and Morocco in the rest of their Group B games.

Whisper it, but England actually looked half-decent in their World Cup 2018 opener.

Thanks to @ColdstreamBand for playing @England team that ‘song’ at Waterloo station today on their anniversary. #FootballsComingHome #Waterloo170 pic.twitter.com/4lTiA3ZM0C

Okay, so a scoreline of 2-1 against Tunisia is hardly earth-moving, but the finer points are worth repeating. We scored twice, should have had at least one penalty when Harry Kane was wrestled to the ground Greco-Roman style, and should have scored at least twice more with Jesse Lingard and Raheem Sterling blowing excellent chances.

Oh, and Tunisia’s goal came from a soft penalty decision that on another day wouldn’t have been given.

It was a performance of pace and promise from the Three Lions, and it is obvious that Gareth Southgate is doing an excellent job as coach. England are a threat from set pieces, owing plenty to the manager’s attention to detail, and the 3-4-3 shape ensures rapid transition from defence to attack.

Much tougher tests will come, of course, but it’s a case of so far, so good for Kane and co.

But for a 15-minute spell at the start of the game, France looked distinctly average against Australia.

They got the win despite playing badly – always the sign of a potential champion, but they will need to improve dramatically if they are to get their hands on the Jules Rimet trophy.

The front three of Dembele-Griezmann-Mbappe didn’t click, and you wonder how long it will be before football’s premier Plan B, Olivier Giroud, finds himself thrust centre stage.

With Argentina’s game with Iceland neatly poised at 1-1, they won a penalty and Lionel Messi placed the ball on the spot. Surely this would be the moment the South Americans finally put the Scandinavians to bed?

Alas not, as Messi’s spot kick was saved and the Icelanders clung on to a momentous point in their first ever World Cup appearance.

It wasn’t all doom and gloom for the Argentines, who were thwarted by some gutsy defending by their opponents, but now the pressure is on against Croatia on Friday, who beat Nigeria in their opener.

#7: More Questions than Answers for Brazil 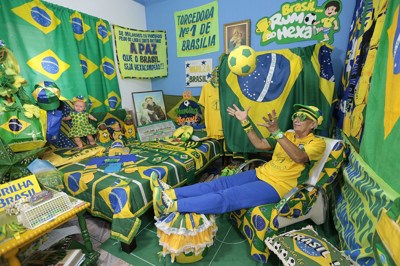 With Neymar stifled by the diligent work of the Swiss midfield, Brazil needed a wonder goal from Philippe Coutinho to break the deadlock against Switzerland.

And yet you always felt the Europeans could get something from the game, and they did when Steven Zuber nodded home.

Brazil fired in 20 shots at goal but only four were on target, and they struggled to break down a Swiss side that collectively covered a remarkable 108km of grass.

Now Tite’s men will need to find a creative spark if they are to catch Serbia at the summit of Group E; is Neymar up to the task following his lengthy injury absence?

After being written off prior to a ball being kicked, the Russians look red hot.

The hammering of Saudi Arabia has since been followed by a 3-1 win over Mo Salah’s Egypt, and there is a free-flowing freedom to their attacking play that bodes well for the challenges ahead.

Denis Cheryshev takes the headlines for his goalscoring exploits, but in Artem Dzyuba the hosts have a talismanic frontman who can make the 90 minutes of any elite-level defender a living nightmare.

Playing in the first game of the World Cup – against the host nation, no less – will always bring with it nerves and pressure, and it would be fair to say that Saudi Arabia failed their first litmus test.

They were trounced 0-5 by the Russians in a performance that showcased a comedy of errors defensively and a clear lack of bite in attack.

You’d never guess that the Saudi’s spend $70 billion a year on defence.#WorldCup

The spotlight will be shining rather less brightly on them against Uruguay and Egypt in the rest of their Group A matches, but they will need to improve significantly to ensure a pair of further trouserings aren’t experienced.

#10: World Cup Brings Out the Best in People 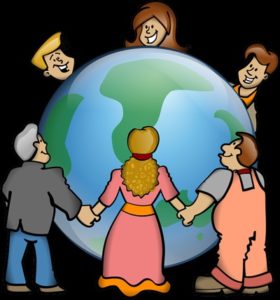 From the Icelandic ‘thunder clap’ to Senegal’s dancing in the stands, the World Cup in Russia has brought together a staggering array of cultures in one place.

Witnessing the Japanese fans clean the stadium after their win over Colombia served as the perfect reminder that this tournament brings people together quite like no other.

With few reports of ‘trouble’, let’s hope the atmosphere stays friendly but passionate heading into the second round of group games.

Previous Post: « Royal Ascot 2018 Preview: Frankie Set to Fly By Royal Appointment
Next Post: Germany vs Sweden Betting Preview: Are the Reigning Champions on the Brink of Exiting the World Cup? »