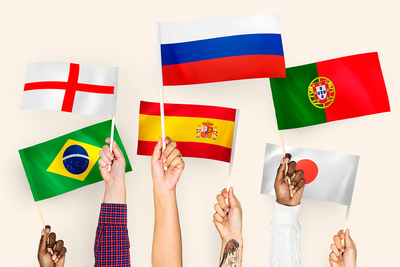 Here we are then: more than two weeks of action have flown by – where does the time go? – and the group stage of the World Cup is over.

It was a lot of fun, to say the least, with the big boys being matched by the minnows on more than one occasion.

But now the serious business starts, and most of the 16 teams left in the competition will be eyeing a place in the final on July 15.

With only Germany as the major casualty so far, there is every chance that World Cup 2018 could get even better from here.

Two of the tournament’s biggest names are also amongst its main mis-firers.

They may have the likes of Griezmann, Mbappe and Giroud at their disposal, but there is simply no attacking fluidity about France, and they have mustered just one goal from open play in the competition so far.

They would be vulnerable then, but it’s not as if Argentina are really pulling up any trees either.

Rumours of discontent in the camp continue to surface, and Jorge Sampaoli’s dropping of Sergio Aguero for the Nigeria game reeked of him trying to wrestle back power from his players.

It worked, sort of, with Marcos Rojo bagging an 85th minute winner, but the Argentines have been put through the emotional ringer so far and you wonder if France – somehow – might just put them out of their misery on Saturday.

Just how far can Cristiano Ronaldo drag Portugal in this tournament? He’s doing a sizeable impression of a one-man band at present having notched four of their five goals thus far.

You could make a case that they deserved less than they got against Morocco and Iran, and perhaps the defensive solidity of Uruguay may just have the edge on Saturday evening.

They don’t have eleven world class players but at least they have a few, with Diego Godin a colossus in defence and Luis Suarez and Edinson Cavani just starting to click in the 3-0 romp over Russia.

The Uruguayans can be backed at a very healthy price of 9/5 to win this match, and those are handsome odds indeed.

Hosts Russia have a mountain to climb here after getting spanked by Uruguay last time out.

It was a hugely deflating defeat, and you could almost sense the feeling of expectation draining away from the home side’s support.

Spain will still need to rise to the occasion, however, and seeds of doubt may be creeping in after they were outplayed by Morocco in their last outing.

You look at this Spain side and there’s quality, experience and proven silverware-winning class all over the pitch. That should be enough to see off the Russians, who collectively have performed greater than the sum of their parts in the tournament.

They look rock solid in all departments, and when you sprinkle on a bit of magic dust from the likes of Modric, Mandzukic and Rakitic there is no telling how far they can go in this competition.

At least to the quarter finals, anyway, as last 16 opponents Denmark have been wretched at times. Far too reliant on Christian Eriksen, the Danes should be completely outclassed on Sunday.

Brazil are priced at 1/2 to win this game, and that might just be fair given the contrasting momentum coming into the game.

The Brazilians produced their best performance of the tournament in a do-or-die game against Serbia, while Mexico were stunned 0-3 by Sweden.

The Mexicans will be able to play their preferred counter-attacking style here, but without the suspended Hector Herrera they may have their work cut out in keeping the Brazilians at bay.

Belgium triumphed over England in the game that nobody wanted to win, and their reward is a Round of 16 date with Japan.

There is lots more to come from the Belgians, and with a rested De Bruyne, Hazard and Lukaku in he side they could lay waste to a Japanese side that has worked so hard to get to this point.

It’s just impossible to see the Asians getting anything from this game, and Belgium could triumph by two goals or more; food for thought for handicap backers.

If you need to do a spot of gardening, Tuesday afternoon might be the time to do it.

This won’t be a classic by any means, with both teams goading the other into opening up and taking a chance. Footballing games of cat and mouse are rarely fun.

The Swiss got majorly lucky against Costa Rica, with their opponents hitting the woodwork three times and firing in six shots on target. If they don’t improve against the Swedes they might be on the next flight home.

And finally, England will play their last 16 tie on Tuesday evening against Colombia.

Ignore all the stats about the Three Lions’ failure in the knockout stages of this competition; Gareth Southgate has brought a sense of calm and common sense to proceedings, and he has a talented young squad at his disposal without the scars of previous big tournament failures.

Colombia look set to be without James Rodriguez, their key attacking talisman, who picked up an injury against Senegal, and his absence will be harshly felt by the South Americans.

England will dominate the midfield areas by sheer weight of numbers, and nobody can really be convinced by Colombia’s awkward central defensive partnership of Yerry Mina and Davinson Sanchez.

The Three Lions could be set to roar once more in Russia….