In the UK we love a good heavyweight tear-up, and that’s something that has not escaped the attentions of Eddie Hearn, who will once again hide a so-so card behind the Sky Box Office paywall.

Let’s be correct: both Dillian Whyte and Joseph Parker are interesting fighters in their own right, but their meeting at the O2 Arena on Saturday does not have that box office feel to it. After all, the winner is not guaranteed a world title shot anytime soon.

Whyte could earn himself a rematch against Anthony Joshua with a sparkling knockout win, but the Body Snatcher is facing the best fighter he has tackled since AJ himself dumped Whyte on the canvas back in 2015.

As for Parker, the road now heads towards redemption. He has decided to stay in England after losing a points decision to Joshua, and defeated the highly-rated Hughie Fury on the cards in Manchester last time out.

They say that styles make fights, and while there isn’t gold on the line the aggressive Whyte and the slick Parker could serve up a fight deserving of the Box Office name. Let’s hope so at the price they are charging, anyway! 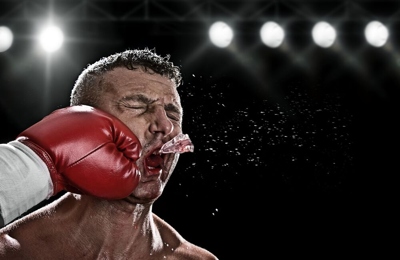 Hearn has cobbled together an undercard for the headline fight, and while spectators will get to see a selection of British talents in action, there is very little for punters to get excited about.

Frank Buglioni (1/100), Anthony Fowler (1/16) and Joshua Buatsi (1/20) have all been matched with under-par opponents – hence their odds. You can’t fault Hearn for protecting his fighters from a damaging loss on an undercard.

Conor Benn will look to continue his assault on the welterweight division with a potential banana-skin clash against Cedrick Peynaud, the Frenchman who twice dropped Benn in the opening round of their original clash. The Englishman got back to his feet to retrieve the situation, and at 1/12 he is expected to dish out a more polished performance this time around.

There’s an interesting heavyweight clash between unbeaten prospect, Nick Webb and David Allen, a really likeable guy who never turns down a challenge. He has been beat up by Whyte, Luis Ortiz and Olympian Tony Yoko, but is still fighting and will hold a huge experience advantage over Webb on Saturday.

How good is Allen’s opponent? We don’t really know given the mediocre level of opponent he has fought so far, and if Allen is fit – half the battle with him – then he can shock Webb here. At 7/2, Allen to win by any means could be the bet of the night.

Katie Taylor is one of the very best pound-for-pound fighters on the planet, and she should enjoy displaying her skills in a comfortable win over Kimberly Connor.

And finally, Kell Brook continues his comeback at light-middleweight level with a clash against Brandon Cook, an aggressive Canadian who could ruffle the Sheffield man’s feathers. That said, expect Brook’s class to shine through in the end.

The Verdict on Whyte vs Parker

It’s a funny thing, is analysing boxing matches, as occasionally we can be guilty of making links and drawing conclusions that are unwise.

For instance, Parker became the first man to withstand Anthony Joshua for 36 minutes, so what chance does Whyte have of knocking him out?

That could be a fair point or wholly illogical, but the bottom line is that Whyte will struggle to beat the Kiwi on points; such is his opponent’s greater skill and speed.

So that’s the key question here: can the Body Snatcher knock Parker out?

And we’re not entirely sure he can. Allen, Dereck Chisora and Robert Helenius all withstood Whyte barrages in defeat, and it took the Londoner ten rounds to break the spirit of the unheralded Ian Lewison.

Okay, so he dumped Lucas Browne on the mat last time out, but the Aussie remains something of a Marmite fighter that we truly know little about.

Parker has been in with some sneaky good fighters like Fury, Carlos Takam and Andy Ruiz, and there’s no doubt that, on the whole, his CV is better than his opponent’s.

The Kiwi wasn’t good enough to take AJ into deep and dark territory, but he showed up well in the biggest fight of his career and he will feed off that experience to see off Whyte, another heavyweight who you suspect his bark is worse than his bite.

Parker on points at 6/4 is the smart bet here.

Previous Post: « Portuguese Men of War: Can Wolves’ Continental Signings Push Them Towards a European Place?
Next Post: The Race Against Relegation: Can Wolves, Cardiff and Fulham Survive the Premier League Merry-Go-Round? »