For England fans of a youthful disposition, this is unchartered territory. England, undoubtedly, have an outstanding chance to win a major tournament.

For those of a slightly older vintage, it has been some time since the Three Lions have looked so well organised and so mentally strong in the face of the World Cup’s unique pressure.

There are no easy games in this tournament, but you really couldn’t wish for an ‘easier’ quarter-final opponent than Sweden.

The Swedes are diligent and focused, but they lack a creative spark and England will have plenty of time on the ball. Can they find a way through in normal time to fend off the risk of penalties once more?

Southgate Set to Shine Under the Spotlight

There has been a calmness to England throughout this competition – unusual for a side who seems to attract controversy and chaos at major tournaments, and the bulk of the credit for that must go to Gareth Southgate.

Approachable, unassuming but with an unmissable will to win, Southgate learned his coaching craft at international level with various junior sides, and his experience of competing in knockout football events has proven invaluable.

He will have to show his tactical acumen once more here, as England will need to find a way to break down Sweden inside 90 minutes; the thought of extra time and penalties does not bode well for anyone’s blood pressure.

The key will be to disrupt the Swedes and pull them out of their positions; this is a side so well set-up by coach Janne Andersson, whose attention to detail is second to none.

Well, perhaps second to Southgate’s anyway. The England boss has got his side looking a huge threat from set pieces – aided by VAR-given penalties, and we must explore any avenue we have of finding the net against the Scandinavians.

They have little to offer from a attacking point of view; it’s down to England to make their possession pay. 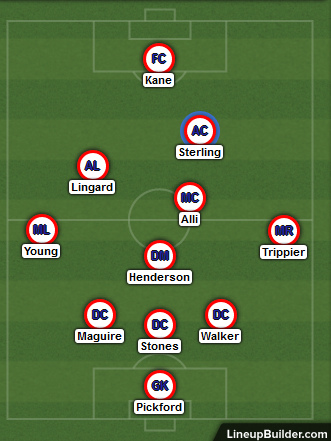 Swedes & Turnips Coming to the Boil

England fans with a long memory may just remember the European Championships of 1992.

There, the Three Lions were dumped out of the competition by a Thomas Brolin inspired Sweden, which led to The Sun newspaper superimposing a turnip onto the head of Graham Taylor on the back pages the next day.

Some 26 years later times have changed somewhat, and the British media finally appears to be getting behind their national team.

Sweden’s fans have been offering sizeable and vociferous support to their team during an occasionally turgid but ultimately successful campaign in Russia, and the men in yellow will once again be looking to their twelfth man for a boost.

And they might need: the Swedes are a hard-working, well organised and disciplined team, but they lack the attacking quality to really hurt England you would fancy.

But they do have a settled shape and starting eleven, and while Mikael Lustig misses out through suspension the well-drilled Swedes will prove to be a tough nut to crack.

England will have the majority of possession, while the Scandinavians will look to do their best work on the break or from set pieces. Something has got to give, and it will be interesting to see which team cracks under the pressure first. 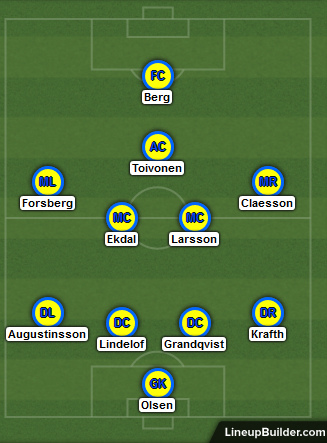 Unless Swede completely change their shape and system, they will set-up in the way which has earned successive victories over Mexico and Switzerland.

That will mean a back four and five in midfield sitting deep, with just Marcus Berg staying forward. The likes of Claesson and Toivonen will join him quickly on the counter, but Sweden’s modus operandi is on containment rather than entertainment.

We still haven’t seen the best from England, you fancy, and this is a game where their attacking lights – Sterling, Lingard and Alli – will be given full licence to express themselves.

You wouldn’t assume England will be feeling any ill effects from the Colombia game – albeit Jamie Vardy is expected to miss out with a groin strain, especially as our progress to this point has been fairly straightforward.

So no ill effects, no hangover, no reason to worry. The Three Lions are continuing to roar, and while we wouldn’t be playing the Lightning Seeds, Baddiel & Skinner hit of the same name at full volume, you can safely turn the volume up a couple of notches.