After four weeks of cheers, tears and heartaches – and that’s just England fans – the conclusion of the World Cup 2018 final is nigh.

On Sunday, in Moscow’s majestic Luzhniki Stadium, France and Croatia will battle it out for the right to be crowned the world’s best.

France, of course, have been here before. Champions in 1998, they also lost in the final of 2006. Croatia, in their first final, will be cheered on by their four million population, which is roughly half the size of London’s.

The two teams’ routes to the final could not be any more contrasting. France were rather tame in the group phase but have come alive in the knockouts, and nobody could say they don’t deserve their place in Sunday’s finale given that they have beaten Argentina, Uruguay and Belgium in their last trio of matches.

As for Croatia, they have needed extra time to see off Denmark, Russia and England, which in total equates to a full 90 minute match!

That means the Eastern Europeans have played an extra game than France, numerically speaking, and they have a day less to recover for the final. That does not bode well.

But World Cup finals of yesteryear are steeped in the history of underdog feats and acts of unlikely heroism, and so perhaps we shouldn’t be too hasty in writing off Croatia here.

Either way, we should be in for a fitting finale to a fantastic tournament.

It’s been a World Cup where proven stars – Harry Kane, Romelu Lukaku, Luka Modric and Cristiano Ronaldo – have all caught the eye.

But how about the performances of Kylian Mbappe, the sensational 19-year-old playing in his first major tournament.

The PSG man – and how long he stays at PSG is anybody’s guess – is jet-propelled in full flight, but more than just pace he also possesses dazzlingly quick feet and an eye for a pass.

His brace in the last 16 did for Argentina, while his electric pace torn holes in Belgium’s defence, and really Les Bleus could have trounced their semi-final opponents thanks largely to Mbappe’s probing.

The World Cup final is a big match for any player, but you sense the naivety of youth, even a touch of arrogance, will allow Mbappe to play an excellent game free from fear or pressure.

If he lines up on the right-hand side on Sunday, as he has throughout the tournament, then he may be up against Josip Pivaric, an inexperienced left back at international level. He is likely to step in for Ivan Strinic, who limped off against England, and Mbappe could take him to the metaphorical cleaners.

Stuck in the Middle

One of the other key forces behind France’s romp to the final has been their midfield trio.

When you have Paul Pogba, N’Golo Kante and Blaise Matuidi in your team, you have pace, strength and an ability to seemingly run all day long.

How will Croatia, on tired legs, be able to match such French vitality? Modric, Rakitic and Brozovic will have to put in another huge shift, but after three consecutive 120 minute matches – and the outpouring of emotion after the semi-final – you have to query whether the Croatians will be as flat as a pancake on Sunday.

Sometimes, a final can be a match too far…. 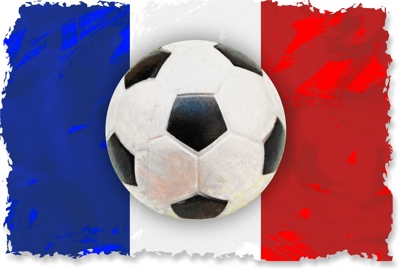 When you analyse a football match, you try to look at it from all angles.

The bookmakers’ odds are a handy starting point of course, and their implied probabilities of occurring.

We always like reflecting on those percentages as it gives a more tangible feel to betting odds, and our conclusion here is that France, who the bookies believe have a less-than-half chance of taking the spoils, are a touch underpriced.

It’s hard to picture a Croatia victory – presumably they would need to play the game of their lives to land even a 1-0 verdict, and as we have written before when previewing their matches the central defensive duo of Dejan Lovren and Domagoj Vida simply do not instil confidence in backers.

So the verdict is rather straightforward – unusually so for a match of this magnitude. We expect France to win inside 90 minutes, and we believe their odds of 10/11 are perfectly generous.