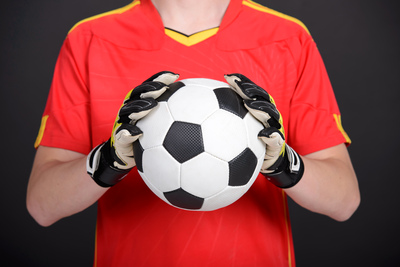 The summer transfer window for Premier League clubs is a little different this year: the deadline is August 9th, rather than the 31st as is traditionally the case.

That means there’s just three weeks until the window closes, and while some clubs will be pleased with their business so far some have left a lot to be desired in their activity….or lack thereof.

So which of the big boys have done the best work in the market so far?

The worst thing you can do as league champions is to stand still.

Many have fallen foul of it, and you sometimes see Premier League winners actually going backwards in the transfer market: Chelsea, champions in 2016/17, losing Diego Costa and Nemanja Matic and signing Alvaro Morata springs to mind.

Pep Guardiola has negated the worry of that by hanging onto all of his key players, thus far, and arguably shipping out a bad egg in Yaya Toure; a player who has become something of a nuisance with his and his agent’s public outbursts.

How do you improve on near perfection, as a season in which you claim 100 points from 38 games – losing just two of them – and score 106 goals, is? That’s easy: you splash out £60 million on a winger who has scored 35 goals and assist 24 others in their last three Premier League campaigns.

Riyad Mahrez adds further X-Factor to a squad that is jam-packed with it already, and he will vie with the likes of Raheem Sterling and Bernardo Silva for a spot on the right wing as City look to be the first side to successfully defend their Premier League title in more than a decade.

Hang onto your best players while adding a nigh-on world class talent to your ranks? That’s a transfer window win for Pep.

You are the Weakest Link….Goodbye?

There’s a theory that if you add world-renowned players to your ranks then your league position will improve immediately.

Of course, football doesn’t always work that way, and actually improving your weakest area is typically a more effective strategy.

That is exactly what Jurgen Klopp has done in this transfer window. An error-prone goalkeeper? Replace him with Brazil’s number one. A lack of legs and vitality in midfield? Sign not one but two premium talents for your middle trio. Concerned about an injury to your key player? Sign a back-up with bags of Premier League experience.

Liverpool will be able to call upon Alisson, Fabinho, Naby Keita and Xherdan Shaqiri in 2018/19, and you really can’t fault that business.

❓ How would you rate Liverpool’s summer signings out of ?? pic.twitter.com/AC1umod1mw

Indeed, if the Reds can find a way to win those easier matches which were their achilles heel last season, they might just run Manchester City close this season in their quest for a first Premier League title.

Exponential Gains at United But is There a Bigger Problem?

Not a huge amount is known about Fred, Manchester United’s headline signing of the summer from Shakhtar Donetsk, but you can rest assured that if he got called up to Brazil’s World Cup squad – given their galaxy of attacking talents – then the boy can play.

He will add more magic dust to a United squad not lacking in attacking talent, but the problem perhaps comes from above for the Red Devils.

Jose Mourinho’s innate conservatism prevents the United players from really enjoying themselves without the shackles of defensive duties hanging over them. If the Special One can loosen up and find a way to field Fred, Alexis Sanchez, Romelu Lukaku and one of Anthony Martial, Jesse Lingard or Juan Mata, with support from Paul Pogba, then his team will be a force to be reckoned with.

It’s the thing that all football fans fear: when websites and newspapers round up their summer transfer activity with the words ‘In: None’.

And so it is hard to see an improvement in a side reliant on solid defensive work and the goals of Harry Kane.

At least they haven’t lost any of their key players – yet – with Toby Alderweireld slated for a potential transfer in the coming weeks.

Revolution in the Air at the Emirates 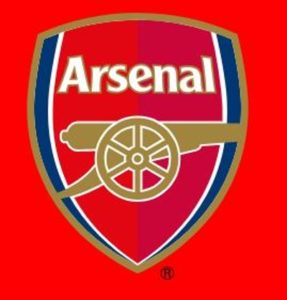 With Arsene Wenger gone and a couple of players – Jack Wilshere and Per Mertesacker – synonymous with his reign also departing, there will be some excited Arsenal fans heading into the new campaign.

And why not: their transfer activity appears to be excellent.

The problem area at right back has been solved by the acquisition of Juventus man Stephan Lichtsteiner, while given his performances at the World Cup for Uruguay you would say Lucas Torreira is an improvement on Granit Xhaka in midfield.

Sokratis is a no-nonsense defender and Bernd Leno will apply immense pressure on Petr Cech in the quest for the number one jersey.

Allied to the attacking brilliance they already possess, and the enterprising style of new boss Unai Emery, and there are plenty of reasons for Arsenal fans to be cheerful.