In many ways, Wolves, Cardiff and Fulham have done the hard part by ascending from footballing purgatory that is the English Championship.

That is one of the strangest divisions in world football, with so many contrasting styles and bank balances that at times last season Champions League standard players – as some of the Wolves squad undoubtedly are – were taking on third-tier standard cloggers on a weekly basis.

Now, in the rarefied air of the top flight, the promoted sides are afforded an opportunity to build on the projects they have built thus far.

Already the divide is obvious. Wolves will continue with their ‘Team Portugal’ project, and they have brought in international and Champions League experience in the form of Rui Patricio, Joao Moutinho and Raul Jimenez, Fulham have signed the classy Jean Michael Seri and Cardiff, operating with rather more constrained resources, have signed four players who were playing in the Championship last season.

In the most base, crude assessment, then, we might assume that Wolves will survive the Premier League relegation battle with ease, Fulham could well stay up and Cardiff, well, if you sign second tier players that’s perhaps where you can expect to end up.

But as we know, the top tier of English football is rather more curious than that, and it really does take all-sorts in a division that had given Stoke and West Brom a rather turgid platform on which to thrive for many years.

So just how will the promoted trio fare?

The recent success of Wolves has been no surprise.

This is a club that is loyal to its history – its Steve Bull’s, its Billy Wright’s, and yet who have welcomed a progressive ‘new way’ to Molineux.

In came foreign investment, a ‘fixer’ in super-agent Jorge Mendes, and a manager with a so-so record on the continent in Nuno Espirito Santo.

A stream of talented players, either Portuguese in nationality or the country in which they were playing club football, followed, and in truth some were far too good for the Championship: Ruben Neves, for example, nearly made Portugal’s World Cup squad.

The gold-and-blacks won the title with 99 points; the highest total in five years. But how far will that momentum carry them into the Premier League?

It has been 20 years since the three promoted teams all tasted relegation the following season, and for those two decades the survival rate of the new boys has been pretty good.

And looking at the class of 2018, you’d have to say that Wolves are by far the most dynamic and forward-thinking.

Look, money talks in football, we know that, and not many sides would have the resources to bring in Moutinho, Patricio, Jimenez and others in the same transfer window.

But sometimes in life you have to spend money to make money, and Wolves have far higher ambitions than mere survival.

They have assembled a squad of supremely talented youngsters and experienced campaigners with elite-level experience, and that – plus the tactical familiarity that follows a successful campaign – will surely guide the West Midlanders to a decent finish.

Most bookmakers have Wolves finishing somewhere between 8th and 12th, and their odds of staying up are as short as 1/10. We don’t foresee any problems here. 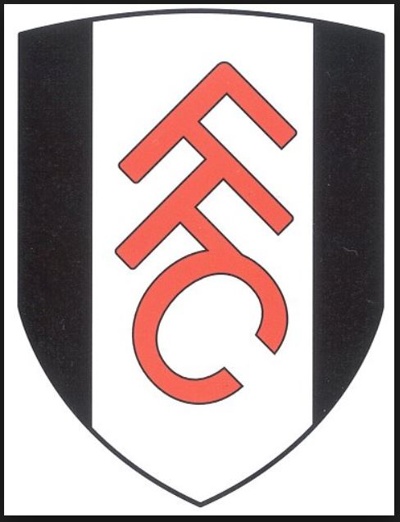 The Championship season lasts for nearly 50 games if you progress all the way to the play-off final, and in truth it is the 20 matches in which Aleksandar Mitrovic featured that were key to Fulham’s hopes.

The Cottagers were crying out for a proven goal-grabber, and the signing of the Newcastle man on loan proved to be crucial as he blasted 12 goals and created many more with his intelligent and occasionally robust link-up play.

If you take a key component away from a well-oiled machine, it tends to have a habit of working less efficiently. Will the same problem exist for Fulham without Mitrovic?

Their squad is rather ordinary too, but then on the flipside, you could counter by asking is it as ordinary as Huddersfield’s or Brighton’s? They both stayed up despite having a rather average set of players to call upon.

There’s something deeper at play in successful promoted sides; a togetherness that creates a unit greater than the sum of its parts. The Cottagers, if they can sign a frontman with a penchant for putting the ball in the net, could certainly tap into that thought process.

It’s all ifs, buts and maybes of course, and if you back Fulham to go down at 15/8 you will at least get a decent run for your money, you would think.

You sense with any football team managed by Neil Warnock that there is a genuine cohesion amongst the players.

If anybody doesn’t buy into his philosophies then they are out on their ear pronto; leaving Warnock with a set of players he can rely upon to give their all for the cause.

It certainly worked when he took over a club in dire straits in 2016/17, guiding them to safety, and last year he went even further by taking the Bluebirds back to the top flight in second place.

Key was their home form – W16 D4 L3 – and their efforts at the Cardiff City Stadium will be crucial if they are to accumulate the necessary points to confirm survival. Burnley did it two years ago, and Brighton (29 of 40), Newcastle (28 of 44) and Huddersfield (23 of 37) all did it last season: allotting a decent points haul on home soil.

If Cardiff can turn their own patch into a fortress, the archaic but fruitful management stylings of Warnock could finally flourish in the Premier League. At which point, the odds of 11/10 on them to stay up will look mightily generous.