And then there were eight. It was just a fortnight or so ago when 32 teams entered the World Cup with dreams of life-changing success.

Today, it’s down to just eight….and the identities of some are rather unexpected.

Old heroes – Germany, Argentina, Spain – have departed, and that will allow new stars to emerge. The top half of the quarter final draw, with Uruguay vs France and Brazil vs Belgium looks wholly expected. The bottom, featuring Russia vs Croatia and Sweden vs England, is rather less anticipated.

Make no mistake, all eight of these teams can win this tournament; Greece did it at Euro 2004, Leicester City captured the most unlikely of Premier League titles….these things happen in the beautiful game.

As far as the bookmakers are concerned, we are poised for a France vs Brazil and Croatia vs England semi-final line-up, but will their opponents have something to say about that?

At a price of around 11/4, the bookmakers are giving short shrift to Uruguay here, and you wonder if they are being a little short-sighted.

The Uruguayans have conceded just one goal in 360 minutes of World Cup football so far, and you feel as though they are more than happy to grind out 1-0 victories.

Their key weapon is that defensive strength of Diego Godin and co, aided and abetted by a well-drilled midfield and wing backs who are more defence-minded than the alternative.

And up front, well, you can’t really complain about the goal-den boys: Luis Suarez and Edinson Cavani, who have already registered five times between them in this competition.

The bookies are going in hard on France because of their performance level against Argentina, and that’s understandable: the likes of Griezmann and Mbappe were in scintillating form.

But this was an Argentina side in complete disarray, remember, and the French were really up against it until Benjamin Pavard’s wonder goal seemed to knock the stuffing out of the South Americans.

If football was played on paper then France would win this match, but on grass Uruguay’s diligence will ensure they give Les Bleus a terrific run for their money.

As such, backing Suarez and co in some capacity – even if Cavani fails his fitness test – is the way to go. They are available at 5/6 with a +0.50 Asian handicap.

For a team boasting an array of footballing artists, Belgium needed some old-fashioned brutalism to get them over the line against Japan.

Their traditional passing game failing, and their lacklustre defence ruthlessly exposed, the Belgians turned to Plan B: one Marouane Fellaini, who changed the nature of the game by chucking his head, elbows and every other body part around.

They overturned a two-goal deficit to land a rather unwarranted 3-2 victory.

They got out of jail, make no mistake, but these Brazilian players are tougher judges and may just chuck their last eight opponents back in the slammer.

The Europeans have really struggled with their defending in wide areas, with a lack of defensive nous in Thomas Meunier and Yannick Carrasco clear for all to see.

Neymar and Willian could take full advantage, as could Gabriel Jesus of his Manchester City teammate Vincent Kompany, whose lack of athleticism was laid bare by his Japanese tormentors on Monday.

Looking solid enough at the back, Brazil should see off a Belgium side who quite frankly are lucky to be in the last eight; Jan Vertonghen’s headed goal against Japan one of the most fortuitous of the competition thus far.

At 2.10, back the Brazilians to take full advantage. 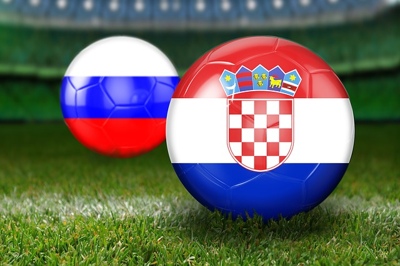 Spain’s capitulation against Russia was an example of how NOT to deploy tiki-taka football.

It’s a great way of keeping the ball, tiring your opponents and creating passing sequences that open up space; deadly when used effectively.

But the Spaniards just went from side to side and back again, and Russia – sensing their opponents lacked a killer instinct with the ball – took full advantage.

The host nation won’t be treated with such care by Croatia, who have been one of the most impressive performers of the tournament to date.

Six of their players have contributed to a haul of eight goals, and while they couldn’t defeat Denmark in 90 minutes they certainly deserved too.

The Croatians are serious contenders for this trophy; at 13/10, they are great value to end the hopes of the hosts.

England, darned England. What do you do to us!

After dominating, but not finishing off, Colombia, the spectre of the penalty shootout loomed.

But this squad of players has a bit of poise about it and led by some superb athleticism from Jordan Pickford they managed to get over the line from the spot. The confidence they take from the game will be huge.

That said, it will still take a huge effort to see off a Sweden side who will be happy to defend in numbers and for prolonged spells of time.

The Swedes were majestic in beating Mexico and were the better side against Switzerland, and so they should not be underestimated.

But they simply do not carry a goal threat, and you would expect England – whether it takes 90 minutes or 120 – to finally wear them down with their inventive attacking play and set piece excellence.

Donald Trump and Golf: The Courses Owned by the Former US President & Why He Was Dropped by the PGA Championship
More Blog Posts | Full Archives