It’s the tournament that Phil Taylor said gave him more pleasure to win than any other outside of the World Championships, and so it was perhaps fitting that The Power wrapped up the final big win of his career at Blackpool’s Winter Gardens in an event dubbed darts’ ‘second major’.

Taylor will be in the Sky Sports commentary box for the tournament – let’s hope he’s a bit more giving with his praise for the other players than he was throughout his career, and those left to battle for the £115,000 top prize in his absence will breathe a sigh of relief that the 16-time World Matchplay champion will have the mic, rather than darts, in his hand in Blackpool.

That leaves an opportunity for others to shine; a welcome opportunity, given that Taylor and Michael van Gerwen are the only men to win this event in the past decade.

MVG will lead the field at the Winter Gardens once more as the top seed, and for good reason: the Dutchman continues to add to his trophy cabinet with 15 titles in 2018, a haul which includes The Masters and the Premier League.

But the seedings have landed MVG in the same half of the draw as two-time world champion Gary Anderson, Michael Smith – winner of the recent Shanghai Masters, and his old sparring partner Raymond van Barneveld.

With the top half of the draw looking so stacked, maybe it is wise to consider our betting options from the bottom half of the brackets….

A Man for the Big Occasion

Picture the scene: you take up darts seriously at the start of the year, and by the end of it you’re in the World Championship final against the greatest player that ever toed the oche, Phil Taylor.

You could have forgiven Rob Cross for crumbling, at that point, as the realisation of all of his achievements came to a head.

But no: he produced the best performance of his young career to trounce Taylor and become a world champion at the first time of asking.

That is significant for a number of reasons, but most pertinently because in the biggest game of his life, Cross produced the best performance of his life.

That bodes well for the majors to come, and Voltage will be hard to ignore on the big stage.

He sits nicely in the bottom half of the World Matchplay draw, and a potential route (according to the seedings) to the final of King-Webster-Suljovic-Wright won’t be giving him sleepless nights.

That could lead to a showdown with Van Gerwen or Anderson in the final – a pair of players Cross doesn’t have a great head-to-head record against, but you sense that the 27-year-old might just save his best performances for the major spotlight, if his performances so far in his fledgling career are anything to go by.

At 15/2 to lift the trophy and 11/10 to win the fourth quarter, Cross offers a couple of appetising routes to profit in Blackpool. 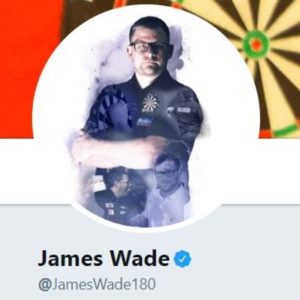 With six final appearances at the World Matchplay – including a win in 2007 – it would be fair to say this is a tournament that James Wade enjoys very much.

This is a welcome return to Blackpool for the left-hander then, who has knuckled down in the past few months and started to rediscover his best form.

Wade will become a father for the first time in October with partner Sammi, and that sense of perspective that the ‘nappy factor’ brings may well have contributed to his recent improvements.

A finalist in a European Tour event, Wade followed up by crushing MVG in the US Darts Masters before going down in a last leg shootout against Anderson in the semi-finals, and ahead of a return to his favourite old stomping ground that is eye-catching indeed.

Punters of an optimistic persuasion might tuck into the 30/1 available on Wade to win the whole shebang, but for a more risk managed wager how about the Southport man to clean up quarter three at 3/1.

Standing in his way are Jermaine Wattimena, possibly Simon Whitlock and maybe Peter Wright, who has been rather scrappy of late and far from his best for much of 2018.

At this moment in time, Wade represents the smart value.

Previous Post: « Anthony Joshua vs Alexander Povetkin Preview: AJ Set to Face Stiffest Test to Date
Next Post: Premier League Transfers 2018/19: Who is Winning the Window So Far….And Who Needs to Step Up? »