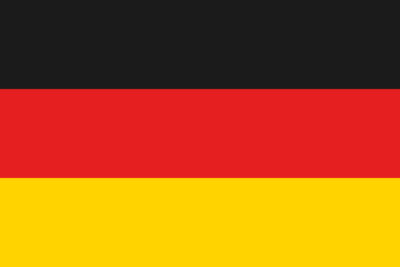 Call the whole thing off: let’s save some time and just hand the Bundesliga trophy to Bayern Munich.

After all, their sixth straight league triumph came in 2017/18 and was one of their most convincing yet. Some 21 points clear of second, Bayern racked up a goal difference of +64; the next best in the division was +18.

So everyone else is just playing for second, right? Certainly, that’s what the bookmakers believe, with the Munich outfit as short as 1/6 to clinch a seventh straight Bundesliga title.

But they have a new manager in Niko Kovac, who may try to enforce his favoured 3-4-3 formation on the champions. How will that pan out?

The likes of Borussia Dortmund, Schalke and Hoffenheim will be desperate to push Bayern all the way, so is the Bundesliga title race as one-sided as predicted?

At the other end of the table, Fortuna Dusseldorf and FC Nurnberg will be hoping to avoid an instant return to the second tier, while Wolfsburg – the last team other than Bayern or Dortmund to win the Bundesliga – will be desperate to ensure they don’t get sucked into the relegation dogfight once more.

Here’s a quick guide to the various Bundesliga betting markets:

It would take something extraordinary for Bayern not to win the title based upon their dominance last season.

They may have to adapt to new methods under Kovac, but he knows this division inside out as player and manager and the Croat will be looking to enjoy a silverware-laden campaign.

He’s brought in the supremely-gifted Leon Goretzka and the skilful Alphonso Davies from the MLS – keep an eye out for him if he gets a chance in the first team, with Arturo Vidal and Douglas Costa the main departees.

As mentioned, it would take something remarkable for Bayern to be toppled, and none of the transfer activity of their main rivals hints at a battle to come.

Dortmund have mostly signed mid-table Bundesliga players, and they will need all of the managerial nous of Lucien Favre to get them anywhere near the title picture.

Schalke, last season’s runners-up, will be without Goretzka, Max Meyer and Benedikt Howedes, and while Mark Uth will bring goals from Hoffenheim it’s hard to see them maintaining such a lofty position.

RB Leipzig have lost a couple of key players in Naby Keita and Bernardo, while Bayer Leverkusen remain woefully inconsistent.

They are unbackable at the price, of course, but Bayern are worth every bit of their 1/6.

All of the usual suspects are listed at odds-on prices, but perhaps the value play comes from outside of that exclusive group.

Hoffenheim, 3/1 in this market, finished third last season and are led by the talented young manager Julian Nagelsmann, who has announced he will leave the club at the end of the season. He will want to leave on a high.

The manager has been busy in the summer transfer window, bringing in Vincenzo Grifo and Julian Brenet, fresh from winning the Eredivisie title with PSV.

The loss of Uth will hurt, but Hoffenheim look cracking value given the lack of quality in the upper reaches of the division.

The two favourites to be relegated are the sides which came up, Fortuna Dusseldorf and FC Nurnberg, and it has to be said that neither blew Bundesliga 2 away last season; amassing just 63 and 60 points respectively in a close-run division.

But with three potentially going down there is a scope for a value bet elsewhere, and Freiburg look ripe for the picking at 3/1.

They won just eight matches last season – two of those coming in their last three outings to beat the drop by the skin of their teeth, and they possessed both the second worst goals for and goals against columns.

They’ve sold their star man, defender Caglar Soyuncu, to Leicester as well, and will attempt to replace him with a couple of young signings from Bundesliga 2.

It’s a recipe for disaster, and right now Freiburg look excellent value for the drop. 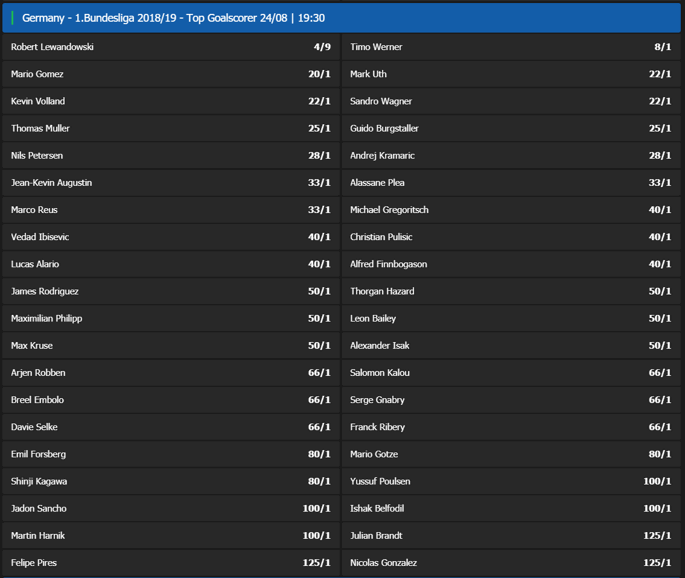 It would seem that Robert Lewandowski is staying at Bayern despite his agent trying to fashion a deal elsewhere, and that is fantastic news for fans of the club.

It’s not so good for putters perusing the Bundesliga Top Goalscorer betting market, however, with the Pole as short as 4/9 to take the Golden Boot.

And why not: he’s finished top of the goalscoring charts in three of the last five seasons, and his main competitor – Pierre-Emerick Aubameyang – is now of course in employment at Arsenal.

There are no each way terms in this market, so as long as you are willing to risk the possibility of a long-term injury scuppering his chances then Lewandowski is a must back.