When the Champions League draw is made, you know business is picking up in the new football season.

The balls were drawn yesterday and some of the groups should provide some phenomenal football, with the English sides – by and large – on the end of some stinking pairings.

The first round of group matches will take place on September 18-19, and with the outright betting markets released now is as good a time as any to hunt down some value in what is sure to be a stellar edition of the competition. 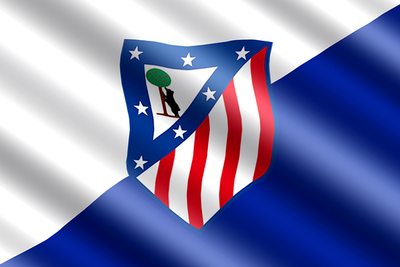 Atletico Madrid’s outstanding record in continental competition makes them the natural favourite in a red-hot Group A.

Winning the Europa League in 2017/18 (they finished behind Roma and Chelsea in their Champions League) followed a four-year stint in this competition where they reached the quarter finals as a bare minimum, with two final defeats to their Madrid neighbours in the mix.

Fears of a purge of their playing staff threatened to derail their summer plans, but they managed to hang on to the likes of Antoine Griezmann, Jan Oblak and Diego Godin as well as inspirational manager Diego Simeone.

The Spaniards should progress from Group A with one of Borussia Dortmund or Monaco, given Club Brugge’s status as perennial Champions League qualifiers and little else.

It will be interesting to see what Lucien Favre brings to Dortmund; a manager with limited Champions League experience, but they are surely better placed to proceed than Monaco, whose talented young squad continues to be pecked away at by others. The likes of Lemar, Mbappe, Fabinho and Moutinho, for a club of relatively meagre means, are impossible to replace.

Being paired with Barcelona is less than ideal of course, but Tottenham can be reasonably pleased with their outcome in Group B.

PSV, the Dutch champions, will give Spurs a good test across the two games but you would expect Harry Kane and co to prosper, while Inter Milan are a shadow of their former selves.

Tottenham’s experiences of last season’s Champions League will stand them in good stead, and we would expect them to finish in behind Barcelona, who are a warm 1/2 favourite to top the group.

Wow, does it get any better than this!?

Here we have three of Europe’s finest team in PSG, Liverpool and Napoli, and all of them like to play their football on the front foot in an attacking style. Group C should, undoubtedly, serve up some of the competition’s best matches.

And how do you go about separating last season’s finalists and the ever-powerful PSG as group winners? We’ll delicately disregard Napoli, who must overcome the loss of coach Maurizio Sarri and some key figures, and by a similar token we’re willing to stick our necks on the line and support Liverpool as Group C winners.

PSG have a new coach in Thomas Tuchel, and already there have been a few teething problems from a new system he is trying to implement. The Reds, on the other hand, appear stronger now than they were last season, and at 11/8 to lead the way they are fantastic value.

Given the complexity of some of the other groups in the competition, all four sides in Group D will be fancying their chances of progression.

Porto are the favourites and justly so; they have an excellent European pedigree that saw them outfox Monaco and RB Leipzig in the ‘group of death’ in last season’s Champions League.

Schalke lost their star man, Leon Goretzka, in the summer, ad of course Galatasaray is always a tough place to visit – as can Moscow be in the depths of winter.

Even so, we expect Porto’s experience to shine through, and at 5/4 they’re a decent enough price too.

You suspect Group E will be something of a procession for Bayern, and their quotes of 1/4 really aren’t far off the mark.

Otherwise, it’s a ‘pick ‘em’ bracket between Benfica and Ajax, with cases to be made for either.

The Portuguese outfit lost all six of their Champions League games in 2017/18, so perhaps the youthful vigour of Ajax, who continue to develop as a young side of note, are worth siding with.

As one of the top seeds, Manchester City can expect an easy draw – and that’s pretty much what they have.

They finished above Shakhtar at this stage of the competition last year of course, and the Ukrainians have since lost their key asset in Fred.

Could this be the year that Lyon finally get their act together? It’s possible, but much will depend on the mood of the wantaway Nabil Fekir.

It’s hard to see City dropping many points to this lot, mind.

The defending champions will kick off their post Ronaldo year with a fairly agreeable Group G line-up.

Roma, without Alisson and Radja Nainggolan, are likely to regress, while CSKA Moscow have won just one of their opening five Russian league matches.

With Viktoria Plzen likely to prove plucky but limited opposition, it’ hard to imagine any scenario where Real don’t run out comfortable victors in Group G. 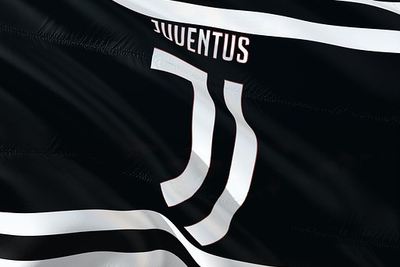 Cristiano Ronaldo has a date with his old muckers Manchester United in Group H.

The new Juve man will be delighted to strut his stuff at Old Trafford one final time, and his new employer look a worthy favourite at 1/2 to top Group H.

They have recruited well, bringing in the Portuguese ace, the talented Douglas Costa and defensive lynchpin Leonardo Bonucci, amongst others.

The problems at Manchester United are well documented, and Valencia could prove worthy adversaries: signings like Guedes, Gameiro, Kondogbia and Batshuayi hint at their ambitions.

With Young Boys making up the numbers, Juventus are the prime pick in Group H.

Previous Post: « Dell Technologies Championship 2018 Preview: JT to Dance His Way to Another Title
Next Post: Ryder Cup 2018 Betting Preview: Will Bjorn Take a Walk on the Wild Side? »