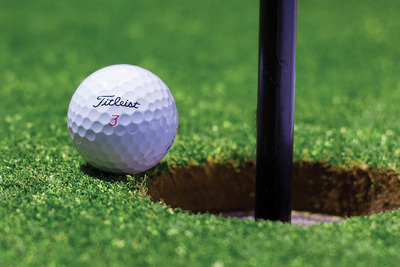 The 2018 golf season is slowly shuddering towards its prolonged climax, as it has been since the FedEx Cup was introduced in 2007.

That play-off series started last week with The Northern Trust; an event won by Bryson DeChambeau, who climbed to the top of the FedEx standings with that his second victory of the campaign.

The top-100 in the rankings have made their way to Massachusetts for the Dell Technologies Championship, which as is the case every year will be played from Friday to Monday in order to coincide with the Labor Day celebrations.

All of the big guns are in town barring Francesco Molinari, the Open champion, who is having the week off, Rickie Fowler, who is injured, and Sergio Garcia, who is off playing in a charity poker tournament.

Otherwise, it’s the best in the business doing battle for some much needed points as they seek to become the FedEx Cup champion. Next week, only the top-70 will progress to the BMW Championships.

It’s an intriguing betting heat, played at a course – TPC Boston – that offers birdie opportunities and holes where par is a good score in equal measure. The forecast is set fair enough, and while there is some rain around that will only serve to soften conditions and make it rather easier to hold those approach shots.

It’s not an easy tournament to fathom out from a punting perspective, but even so here’s a trio to back for the Dell Technologies Championship 2018.

JT is the most prolific winner in world golf, with seven titles to his name since the start of 2017 and one play-off defeat to his name in that time.

When on it, he’s probably the best player in the world too – a point prove by the fact that he will go to number one in the world rankings with victory in Massachusetts this week.

A player able to land his approach shots on a postage stamp when in form, Thomas is also a streaky putter who can make a string of birdies when the going is good.

And he’s the man for the big occasion too: he’s won a major (2017’s PGA Championship), a FedEx Cup event (he is the defending champion this week) and a WGC tournament, which are generally considered amongst the most prestigious on the planet.

It’s always handy when your pick played well the week before – momentum is so crucial in golf – and Thomas did exactly that; finishing eighth at the Northern Trust and ranking inside the top-10 for Strokes Gained: Tee to Green and Around the Green.

It’s a short price, granted, but JT is golf’s equivalent of Frankel right now, and you’d certainly be happy to take that price on such a thoroughbred.

The Australian has always been a brilliant golfer, but his career was derailed somewhat when the PGA introduced a ban on anchored putting; those long putters which had handles right up into the belly.

With the shorter stick Scott has tended to struggle, but there have been improvements on that front lately and he actually ranked first for Strokes Gained: Putting at the Northern Trust, and that coincided with another top-five finish.

Confidence is a funny thing in sport, and Scott – a former major winner of course – must be coursing with it at the moment.

There will be a premium this week on scrambling and chipping well in order to keep that bogey count to a minimum, and that’s a part of Scott’s game that has always been strong.

He looks well placed to end his long title drought in Massachusetts this week.

There is a real emphasis on breaking into the top-70 of the FedEx Cup standings this week, ad Hoffman, currently sat at 75, clearly has work to do.

The pressure can work both ways, both as a positive and a destructive force to a player’s psyche, but Hoffman’s natural pin-seeking game is well suited to the pursuit of birdies.

He actually won this event in 2010, and finished inside the top-five in 2015, so TPC Boston is a layout he enjoys, and he warmed up in decent fashion with four rounds under par at the Northern Trust last week.

Anyone who has left their university dissertation to the last minute knows it is possible to pull something out of the fire at the last possible moment, and perhaps Hoffman is gearing up for something special in this week’s Dell Technologies Championship.