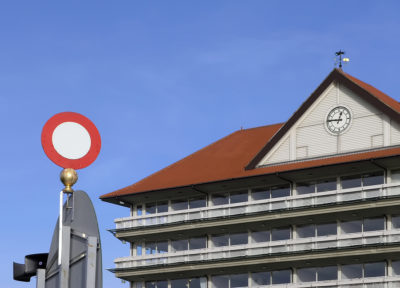 Not sure about you, but the change in weather we have experienced since the summer heatwave has got us thinking about the autumn.

No, we don’t want to wish the summer away, but if there’s any consolation it would be that top-notch National Hunt racing would be back on the menu.

Mind you, there’s still plenty to enjoy from the flat racing campaign, not least the Ebor Festival which kicks off on Wednesday.

York’s showpiece event bring together many of the UK and Ireland’s finest horses, and with plenty of prize money and prestige on offer – as well as race-friendly conditions – there should be four good days of action ahead for punters to get stuck into.

Each day has a stacked card, so let’s take a look at each in turn: 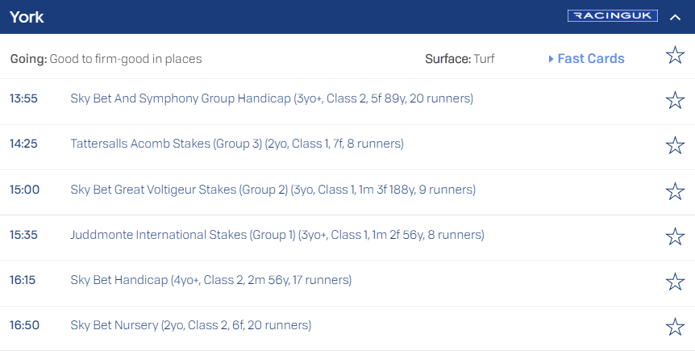 It all gets underway with the Sky Bet And Symphony Group Handicap at 13:55 GMT, but there’s a couple of other races which really catch the eye on the opening day.

The Great Voltigeur Stakes is a Group 3 encounter that has a prescient gift for identifying stars of tomorrow: Postponed, Idaho and Cracksman have all taken the spoils previously.

The current going at York is good to firm, good in places, so pending any rain on Wednesday we’re expecting quick conditions.

That will suit Kew Gardens, a 3/1 fancy who has shown a mixed bag of form this summer. Completely outclassed in the Investec Derby, a return to Group 3 company will suit, and he showed his class last time out on UK soil by claiming the Queen’s Vase at Ascot.

Competition will come from the favourite, Cross Counter, who has also performed well this summer, and Wells Farhh Go, a course and length winner.

The Juddmonte International is one of the highest rated renewals around, and this year’s edition – which gets underway at 15:35 – looks set to be a classy affair.

John Gosden even had the choice of supplementing Cracksman, which would have produced a field stacked with Group 1 winners.

It’s hard to back against Poet’s Word given his dual success this summer, but at 7/4 he’s short enough in this high quality field. 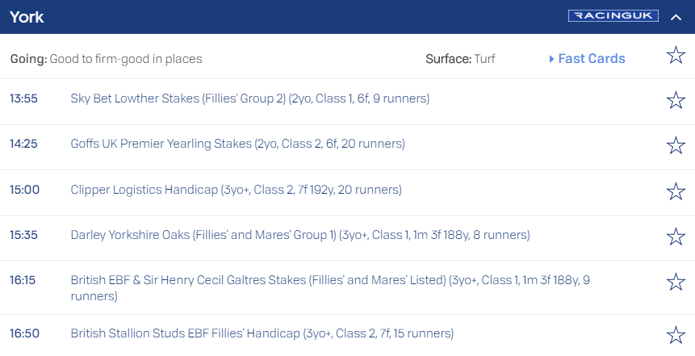 The focus on Thursday is the Yorkshire Oaks, with the Irish and the French Oaks champions locking horns.

Sea of Class and Laurens head the market, although The Oaks winner Forever Together has been removed from the field at the declarations stage.

Can Laurens stay the 11f trip? We’ll find out on Thursday, and while her class isn’t in doubt her stamina – perhaps – is. We simply have no way of knowing, while Sea of Class is a proven champion over the mark. 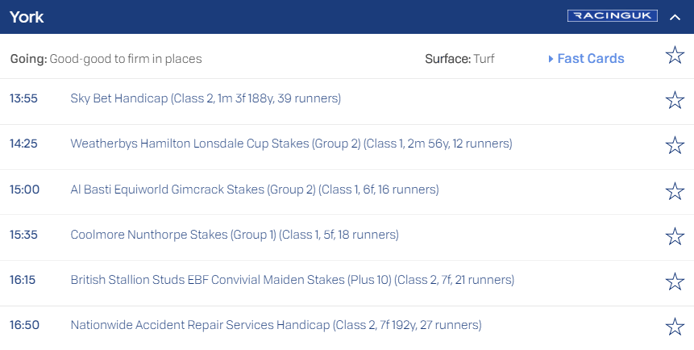 There’s a significant moment in flat racing history in the offing on Friday at the Ebor.

Stradivarius could land owner Bjorn Nielsen a handsome £1 million payday if he can take down the Lonsdale Cup.

That would complete the Weatherbys Hamilton Stayers’ Million bonus, with the four-year-old already landing the Ascot Gold Cup and the Goodwood Cup.

At a price of 1/2 and in being the best stayer in the country by some distance, Stradivarius could land Nielsen and his backers a welcome payout on Friday.

Keep your eyes peeled for the Nunthorpe Stakes, a blink-and-you’ll-miss-it 5f sprint that will provide another platform for Battaash to showcase his talents.

The Al Maktoum four-year-old won the Qatar Stakes by some four lengths, but punters may notice two things: he lost in his sole run at York to date, and was beaten in the King’s Stand Stakes back in Ascot in June.

His superior that day, Blue Point, was soundly beaten last time out in the July Cup, so there’s a conundrum for bettors to solve here. 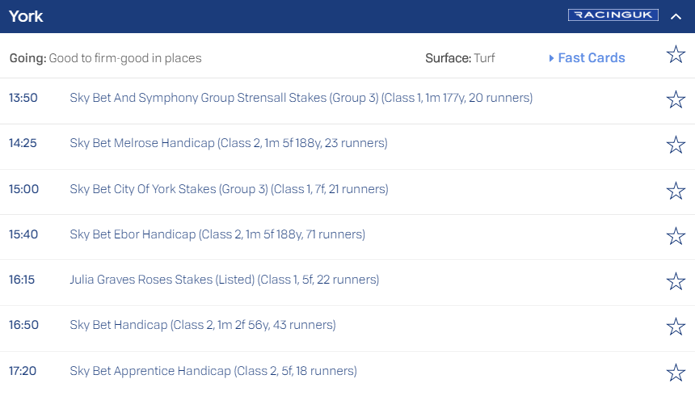 The Ebor Festival comes to an end on Saturday, and what a way for the curtain to fall.

The SkyBet Ebor is the most valuable handicap race in Europe, and with a total of purse of nearly £500,000 there’s plenty of reasons for connections to point their best charges at the renewal.

Will Stratum make the race? The ante-post favourite is yet to be confirmed, sitting 23rd in the weights for the 20-horse renewal.

Blakeney Point, the second favourite, is unlikely to have Ryan Moore on board as he takes up a commitment in the US.