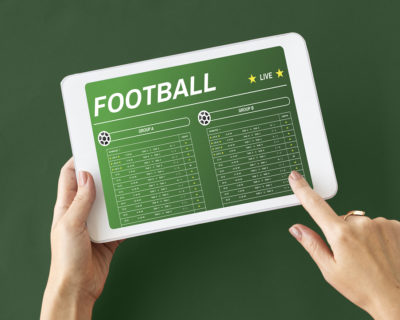 There have been four rounds of matches in each of the EFL divisions – the Championship, League One and League Two – and while that is too small a sample size to be making grand proclamations, there is enough evidence there to help punters formulate their weekend bets.

Teams that were expected to struggle are doing so, others that anticipated a season of success have started well, and yet there are a few outliers in the mix that could help bettors trouser some nice early season profits.

Let’s take a look at each league in turn and see if we can identify any intriguing value propositions.

Leeds, Middlesbrough and Bolton are the early pace-setters in the second tier; an unlikely trio, in some respects.

Leeds are indebted to the Bielsa buzz going around Elland Road. The club’s new manager has added energy and intensity to his side’s game, and he’s unlocked the door to Kemar Roofe’s inner prolific marksman; it’s four in four so far for the former Oxford man.

Boro’s lofty status is nothing of a surprise. An expensively-assembled squad should be competing for honours in the second tier, and under a wily old timer in Tony Pulis they can win well or win ugly.

Bolton are something of a shock at the summit. They only just avoided relegation last season, but they have found renewed purpose this time around and are unbeaten in four. Mind you, the bookies aren’t convinced: the Trotters are 14/5 to beat Sheffield United on home soil this weekend!

At the bottom, it’s been a real struggle for Steve McClaren’s QPR, and having been beaten 1-7 and 0-3 in the space of three days something is clearly going wrong at the Hoops.

And what about Stoke City? Even with their Premier League millions and top-flight talent, clearly there’s no substitute for togetherness and collective unity. They were arguing amongst themselves in Wednesday’s defeat to Wigan, and Gary Rowett confirmed after the match that Jack Butland and Ryan Shawcross had had an almighty bust up at half-time.

The Championship can be a tough school, and we wouldn’t be backing Stoke any time soon.

If you don’t know what Expected Goals is, it’s well worth reading this easy-to-follow guide from the BBC.

If you can’t be bothered to click away, xG as it is known is a measure of chance creation; specifically rating the quality of chances your attacking line creates, and the quality of those you yield to your opposition.

We run a series of models using said data, and we’ve a theoretical concept that showcases what the league table would look like if it was based on Expected Points (the Expected Goals tally in a game converted to three points for a win, one for a draw and zero for a loss.

The Championship xP table looks a little like this:

On the left we have the overall Expected Points table ranked by points per game (PPG). In the middle it’s the home and away splits, while on the right it is the current form guide, with ‘1’ being the most recent fixture, ‘2’ the last-but-one and so on.

Oh, and the numbers on the blocks are the xG scores from the match. Where the difference is less than 0.25, we call it a draw.

So what do we learn? We learn that Blackburn and Norwich deserve to be higher in the actual league table based upon the quality of the chances they create, while Derby and Hull need to be looking over their shoulders at the other end.

And look at Bolton; the xG data suggesting they have been ‘lucky’ or the benefactors of some positive variance so far.

If you plan on placing some EFL wagers this weekend, use this Expected Goals table as a truer reflection of the teams so far.

Peterborough and Pompey, Barnsley and Sunderland are the top four sides in League One at the moment; as predicted, roughly, by the outright betting odds at the start of the campaign.

Shrewsbury and Wycombe were expected to struggle and are, while the likes of Charlton – with all their off-field woes – and Luton are underperforming thus far.

But does the Expected Points table agree?

The concept here is the same as the Championship xP table, although note due to different data the scores are rounded down to one decimal place.

The obvious outlier here is Bristol Rovers, who according to the xG data are playing much better than their results suggest. It will be interesting to keep tabs on their progress in the coming weeks.

The curveball is Peterborough, who ‘deserved’ to lose two of their outings thus far. Can we expect the Posh to fall away from here?

Punters who tracked the outright winner market in League Two won’t be surprised to see Lincoln and MK Dons in the mix at this early stage, while Exeter were a top-six side last season.

At the other end, Morecambe and Macclesfield are confirming their status as relegation favourites.

Does the Expected Points table agree?

In a fashion, yes.

That said, the lowly position of Mansfield is something of a surprise, while Northampton, 21st in the actual table, have been performing much better than that according to the figures.

And take a look at the home/away splits: there is a clear ‘home field’ advantage pattern that has emerged so far, and that is one for punters to keep an eye on.