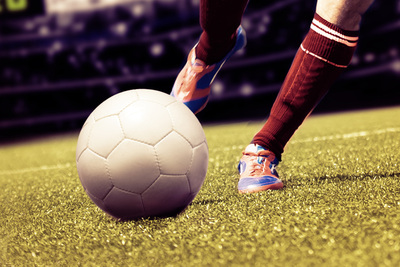 We are approximately one-thirteenth of the way through the Premier League season – I know, right? – and so even at this early stage there are lessons to be learned.

Certainly, from a betting perspective, a number of intriguing propositions have already made themselves known, and we can certainly revisit the outright markets to see if ay value remains even at this premature juncture.

#1: Reds and Light Blues Streets Ahead

At the start of the campaign, most pundits had Manchester City and Liverpool as their 1-2.

And that already looks set to be the case if the Expected Points table is to be believed.

This is a hypothetical set of standings relating to Expected Goals, and how may points each team can expect to have accumulated based upon the chances they have created and yielded thus far.

Guess what: Liverpool top the pile, with Man City in close proximity and a big gap to the rest of the field. The Premier League title race already appears as if it will be a two-horse race.

#2: Main Mane Steps Out of the Shadows

Given the magnificence of Mo Salah last season, it would be easy for Liverpool’s players to expect the Egyptian to come up with more magic this time around.

It will be very, very difficult for Salah to replicate last season’s form, and so his teammates really do need to step up to the plate to lighten the burden.

Come forth Sadio Mane, the flying winger who already has three goals to his name this term.

The Senegal international does a similar job on the left as Salah does on the right, and on his day he is equally capable of producing world-class displays.

It’s a great sign for Liverpool fans that Mane appears to have the bit between his teeth this term, and excellent news for canny punters who grabbed the 25/1 on him being named PFA Player of the Year; he’s already into 16s.

#3: Usual Contenders Struggling to Keep Up

That same Expected Points table has Arsenal down in sixth place and Manchester United a lowly eighth; very bad news if your name is Mr J. Mourinho esq.

Of course, at this early stage of the campaign there is a certain degree of variance relating to fixture difficulty – Arsenal have already tackled Chelsea and Man City, for example – although the xP count takes into account quality of performance, as well as result.

On both counts, the Gunners and the Red Devils are struggling to find their feet in 2018/19, and they are out to 3/10 and 2/5 respectively with the bookies NOT to finish inside the top four.

#4: Cherries in No Rush to Be Popped

Take a look at the Premier League table and Bournemouth are flying high – the Expected Points standings agree too, with the Cherries sitting pretty in third place.

That suggests their fine form is sustainable, to some extent, even if the fixture list has been rather kind to them thus far.

Eddie Howe has his side playing an entertaining brand of football, and he will be praying that Callum Wilson, who has two goals and an assist to his name already, stays fit for the foreseeable future.

Here’s the thing for punters: if we assume that the big six will finish in their usual positions, and that the likes of Leicester, Wolves and Everton will challenge for a top-half berth, there’s still two places in the top-10 to be won.

With West Ham and Burnley struggling even at this early stage, perhaps 2018/19 will be Bournemouth’s year to shine. At 7/4 for a top-half finish, they are certainly worthy of investment.

#5: Wolves Hunting Down the Big Dogs

On the face of it, Wolves’ start to life in the top flight hasn’t been all that show-stopping.

An entertaining draw with Everton has been followed by a defeat at Leicester and a battling point earned against Manchester City.

But the bigger picture is that they have played well and sit seventh in the Expected Points table; handy seeing as though they are 6/5 for a top-half finish.

They actually deserved to beat Leicester having hit the woodwork three times and conceding a bizarre own goal and a heavily deflected shot, and if they had taken all three points they would now be top-half at a canter.

With the resources and connections to recruit well in the winter transfer window if necessary, Wolves look to be a top 10 side in the making.