We can all make predictions as to who will win the Premier League title and who will taste relegation, but arguably the pick of the betting value resides in those specials and side markets.

There’s plenty to choose from these days, and here’s where we believe the best of the value lies. We look at six special markets including the top half finish and PFA Player of the Season.

There are some punters who will consider the 4/6 available on Manchester City to win the title to be too short.

If the price isn’t right, then the Straight Forecast of Manchester City-Liverpool at 10/3 has to appeal.

The Reds are the most improved side in the top flight as far as summer signings are concerned, and if Jurgen Klopp can find a way to get his players winning consistently against the weaker teams you suspect they will accrue a rather handy points tally. 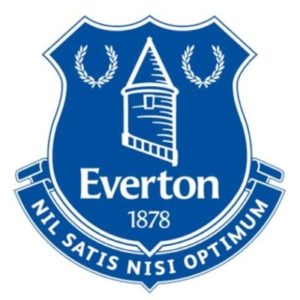 For the uninitiated, the big six are Manchesters City and United, Liverpool, Chelsea, Arsenal and Tottenham.

So here we’re trying to pick the next in the division.

Everton seem the fair favourite at 2/1. They have had a revamp on and off the pitch this summer, and in Marco Silva they have a top-flight manager of some repute. Watford’s loss could be the Toffees’ gain.

Leicester have lost Riyad Mahrez – how badly will that affect them? – while Wolves are something of an unknown quantity.

Otherwise, it’s hard to see the likes of West Ham, Burnley and Southampton from breaching that top seven or eight.

If we assume the big six will remain in place, that leaves four spots up for grabs in the Top Half Finish bracket.

As such the prices aren’t really that appealing, with Everton and Leicester both odds-on.

There are doubts about Wolves – in the sense we have no idea how they will adapt to the top flight, and so arguably the smart money is on the 11/10 about West Ham breaching the top-ten.

They have a canny new manager in Manuel Pellegrini, and have quietly done some smart deals this summer with Felipe Anderson, Andriy Yarmolenko and Issa Diop joining.

That problem of playing at Olympic Park should now be a thing of the past, and there’s plenty of reasons for Hammers fans to be cheerful ahead of the new campaign. 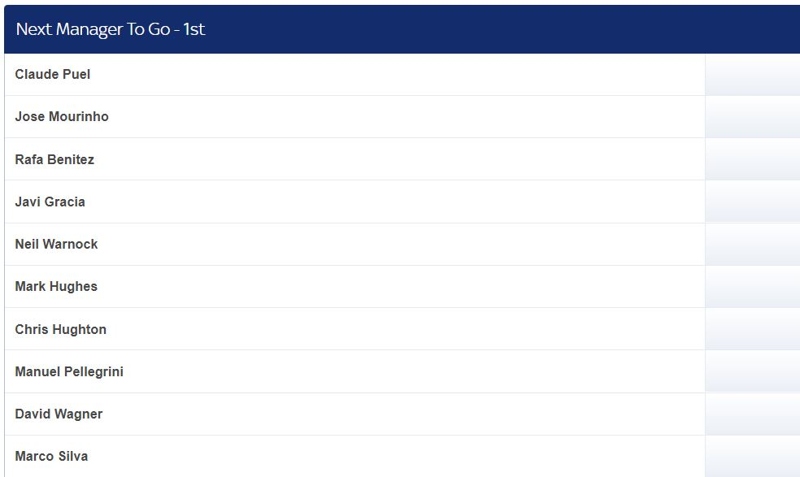 The first Football League managerial casualty came less than 24 hours after the first game of the season; admittedly, Gary Bowyer quit as boss of Blackpool.

How long will the Premier League head honchos last? Longer than that, you would think, but the history books tell us that there could be an autumn of discontent to come for some.

There were rumours that the Leicester City board of directors met to discuss Claude Puel’s future in the summer, and so it’s no surprise to see the Foxes boss lead the Next Manager to Leave Post betting at 4/1.

Jose Mourinho’s summer moaning has seen his odds slashed, but you would think he will be given time even if Manchester United get off to a sluggish start.

Another on borrowed time could be Javi Gracia, whose tenure at Watford is 8/1 to end before any other Premier League manager’s.

Since taking over the Hornets on January 21, his less-than-impressive record in charge reads W4 D3 L7, and frustrations in the transfer window, with targets missed out on and Richarlison departing, leaves the Spaniard vulnerable.

PFA Player of the Season

Voted for by the players, you would expect a more discerning take on their peers’ performances from those that know them best.

That’s perhaps why N’Golo Kante, not a glamorous player but a hugely important one nonetheless, won in 2016/17.

We don’t need to worry about a weight of goals or assists here; the best and most valuable player should win.

So who can sustain their form over a long-term period? Unless Mo Salah performs equally remarkably this season as last, Kevin de Bruyne looks a sound favourite at 17/2.

He’s the pro’s pro, with exceptional technical ability and influence on the game. He has that X Factor which you need to be recognised as one of the best on the planet, and the Belgian looks smart value here.

PFA Young Player of the Season

Who will be the most impactful young player? That is difficult to predict as the form of young guns can come and go, but Leroy Sane won the award last season and he is eligible and in the running in 2018/19 as well.

He has a lot to prove this term after being left out of Germany’s World Cup squad, and a talented young star with the bit between their teeth is capable of achieving anything in the game.

Ten goals and fifteen assists last season….there’s plenty for Sane to build on.