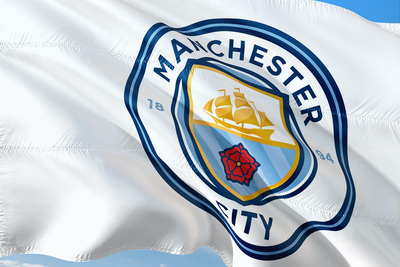 Football is increasingly becoming a game of numbers these days, with stats able to prove and disprove any theory and hypothesis seemingly in equal measure.

One thing that cannot be denied is that it is difficult to successfully retain the Premier League trophy: it has been a decade since Manchester United’s three-peat of 2007 to 2009.

Since then United themselves, their Mancunian rivals City, Chelsea and Leicester have all had a stab at keeping the trophy safely ensconced in their cabinet….and all have failed.

So the pressure is on Manchester City to arrest that bizarre pattern in 2018/19, and the good news for them is that they enjoyed a handsome 19-point cushion to second place last season and 23-points to the rest of the field. That at least suggests they are head and shoulders above anyone else in the country.

That said, there are pretenders to the throne. Liverpool have sent big bucks in the transfer window and they appear to have brought well, while if Jose Mourinho can somehow cajole better performances from Paul Pogba and Alexis Sanchez then United will surely improve.

There’s new managers at Chelsea and Arsenal – could they inspire progression and dynamism? – while Tottenham remain there or thereabouts despite their lack of spending.

Is the Premier League title race in 2018/19 a one-horse race? Nope, far from it. But that’s not to say that City won’t get over the line first….

Evolution, Not Revolution, for Pep

The 2017/18 vintage Manchester City were one of the most dominant forces English football has ever witnessed, and so it goes without saying that Pep Guardiola isn’t going to rip up the blueprint as he looks to turn his side into the champions of Europe as well.

His transfer activity has been sound, with the occasionally divisive Yaya Toure being shown the exit door and Riyad Mahrez coming in. The Algerian is an outstanding talent who will offer a different option on the right flank, and allows Bernardo Silva to play a more central role when required.

Benjamin Mendy is fit after his injury woes of last season – the left back will feel like a new signing, while Pep described Phil Foden as ‘a gift’ after his Community Shield performance. We know what the Spaniard means; for a club used to spending big bucks on major talents, they might just have created one free of charge via their youth team.

So City are even stronger this term than last, and their only possible reason for failure this term is if they focus too hard on Champions League glory.

Klopp Hoping for Safe Pair of Hands on the Kop

There’s an old saying in life that a chain is only as strong as its weakest link.

By that reckoning, Liverpool’s strong form in the Premier League last season and run to the Champions League final was a miracle given that they did not have a goalkeeper they could rely on.

Loris Karius has been treated horribly on social media, such is the way these days, and hopefully the German can bounce back from the mistakes that cost the Reds a shot at glory. In truth, he might not even get a chance.

Jurgen Klopp has splashed out on Alisson, the former Roma shot-stopper who keeps Ederson out of the Brazilian national team.

Weak link reinforced, the gaffer has also brought in Fabinho and Naby Keita; two outstanding midfielders who will add physicality to the ranks.

And the signing of Xherdan Shaqiri is a smart one; by no means a megastar, he is at least a solid choice that will allow Mo Salah to be rested more often.

Like City, Liverpool are stronger this term and will be expected to go head-to-head with the boys in blue in a race for the Premier League title.

First things first, we have eliminated Chelsea and Arsenal from our thinking for the simple reason that we have no idea what to expect from them under Maurizio Sarri and Unai Emery respectively.

We are only interested in backing teams that have moved forward during the off-season; can we say that’s the case with Tottenham?

This is more of an opinion than a factual point, but we just don’t see Manchester United being successful under Jose Mourinho. His conservative managerial style does not get the best out of free spirits like Pogba and Sanchez.

Which of course leaves Manchester City and Liverpool to duke it out. It’s interesting because in their four meetings last season the Reds won on three separate occasions, which suggests that there’s a six-point swing there for the taking in 2018/19.

But as we’ve seen, Liverpool simply aren’t as clinical against the weaker teams as City are, and ultimately that could be enough to get Pep’s men over the line.

As such, the 4/6 available on Manchester City to win the title is fair value.