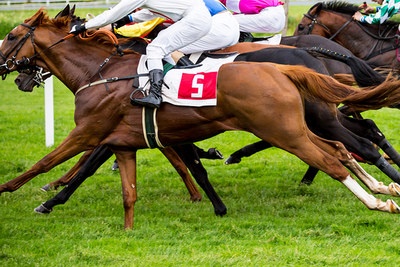 One of the biggest horse races in Scotland takes place on Saturday in the form of the Ayr Gold Cup. With a purse of £200,000 the 6 Furlong handicap race has been running since 1804 and with it see’s some of the finest thoroughbreds take part.

The race takes place at Ayr Racecourse as is part of their three day racing festival that runs from Thursday through to Saturday.

The big race itself starts at 3:50pm on the Saturday, although the days racing actually starts from 1:25pm. There are 8 races in total on Ayr Gold Cup Day and doors open at 11am.

The forecast for Saturday is actually good, with temperatures around 15 degrees and sunny spells. But, the area has seen a lot of rain in the build up to the race and even after the summer that the UK has enjoyed, is still expected that the ground is at best soft, potentially with heavy in places.

How to Pick a Winner?

It’s never easy finding a winner for the Ayr Gold Cup, mainly because the field size of up to 27 makes it one of the biggest – in terms of participants – races of the year. Given that it’s over a sprint distance of just 6 Furlongs means that anything can happen.

But, there are a few things that we can look at to try and make a slightly more informed decision for our pick.

First off is the draw, which plays a huge role at Ayr. The consensus is that horses who are drawn in the higher number stalls stand a better chance of success in the race. The last time the race was run in heavy conditions, 4 from the first 5 horses were drawn in stalls, 20, 21, 26 and 24, respectively. Also, the last two winners of the Ayr Gold Cup, Brando and Donjuan Triumphant, were both drawn in stall 19.

So, this gets us to a point where a good proportion of the field can be “less fancied” than the other half of the field.

The obvious next point to make is that of the ground. The current official going is that of soft, heavy in places. The forecast for Friday is light showers in the morning, with high winds. Saturday is potential showers early morning, but sunny and breezy for the rest of the day.

After walking the course, the few heavy patches seem to be based on the far side of the track, which would again favour the majority of horses from the higher stall numbers.

So, pulling all that together, who are we going with?

Well, we have three picks for you, one to win and the other good each way bets. Bear in mind that some bookies are paying as many as 5 places for the race, albeit at 1/5 odds, whereas the norm is 4 places at 1/4 odds.

Son of Rest is the standout horse for the Ayr Gold Cup. He’s got a good draw in stall 17 and has good form coming into the race, finishing just a length behind Havana Grey in a Group 1 Race at Curragh just a week ago.

The horse looked fresh as a daisy, even though we’re coming to the end of the season and even though his good run last week means he’s carrying a further 10lb in weight, is by far the classiest horse in the field.

He’s a good traveller on softer ground, although if it does get any heavier, he may struggle a touch if it moves from soft to heavy.

Second pick is that of Perfect Pasture at a generous price of 20/1. He has been drawn in stall 24, which looks like it’s getting the best of the track conditions as it stands.

Interestingly, he’s only ran twice this year, which is down to the dry summer we’ve had in the UK and the ground being just too firm. The softer ground at Ayr should really suit and there is no doubt that he comes into the race refreshed given his workload so far.

He’s ran well on similar ground at Lincoln and Doncaster, two similar tracks to Ayr and with it has been able to travel well at this racecourse, finishing 8th in 2016, but looks a much better horse this year than then.

G Force is our third pick and is one that could definitely ruffle a few feathers for this race. He’s a previous Group 1 winner when taking the Sprint Cup at Haydock in 2014.

He’ll be running off a rating of 101 on Saturday and whilst high for where he’s been at previously (95 at Naas) should be more than capable of maintaining speeds with this rating and in this field.

Drawn in stall 23 is a good result for G Force and whilst he won’t want the ground to get any softer than it is, easily has the class to go and win this, let alone place, and given odds of 25/1 looks like huge value and a great each-way bet.