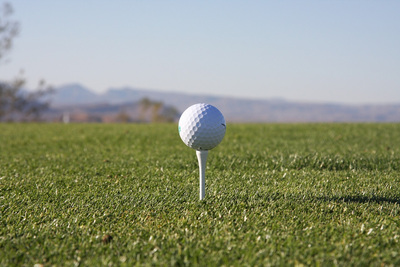 There are, to all intents and purposes, just two events left in the 2018 PGA Tour season.

This week’s BMW Championship will see the top-70 in the FedEx Cup standings duke it out for a very handsome paycheque but also the ranking points required to secure a top-30 berth, which guarantees attendance at the season-ending TOUR Championship.

After that there’s the not-inconsiderable prospect of the Ryder Cup, before the 2018/19 ‘wraparound’ campaign gets underway in October.

So there’s plenty of first class golf to come, and the BMW Championship will surely prove to be an appetising entrée ahead of the TOUR Championship.

Those two events are inextricably linked by one man: Donald Ross. The Scot is a famed course architect who designed Aronimink, host of the BMW this year, and East Lake, the permanent home of the TOUR Championship. Wily punters will have made a mental note of that, given that form at one should lead nicely into a good run at the other.

The name on everybody’s lips in world golf right now is Bryson DeChambeau, the maverick sort who uses equal length shafts for all his clubs and uses protractors, compasses and other mathematical equipment to calculate angles of approach.

If that all sounds like hokum then we’re inclined to disagree: DeChambeau has now won back-to-back events at the Northern Trust and Dell Technologies Championship, three in all this term and is all but guaranteed a spot on the US Ryder Cup team.

Oh, and he is primed to end the campaign as FedEx Cup champion. If only we’d listened harder in maths lessons….

Bryson and the rest of the top-70 will take to the tee at Aronimink, with no withdrawals as yet. It should be a cracking week, so let’s take a look at what the players can expect.

Aronimink has been wholly underused on the PGA Tour, with its last appearance coming at the 2010 & ’11 AT&T National.

Otherwise the dust is barely scraped from it; although it will host the PGA Championships in 2027.

As with most Donald Ross builds, Aronimink rewards the tactical player that plots and picks their way around the layout. There’s no value in bashing it 350 yards off the tee here; you need to find the right angles with which to approach the small greens.

It sounds like a job for DeChambeau, if anything, but as we know winning three times in a row – especially elite-level events – is almost an impossibility.

These greens are well protected by sand and water, with the course undergoing a $4 million overhaul to bring it back in line with Ross’ original designs, and so there is an absolute premium on precision approach play this week.

Ross called it his ‘masterpiece’, and we’re excited to see how tough it plays when the action gets underway on Thursday.

Incidentally, one truism of golf betting is that form shown at Donald Ross tracks tends to travel, with repeat offenders getting into the mix time and time again at is courses.

With that in mind, here’s a quick look at five players who can contend at the BMW Championship based on their past performances on such courses:

The Englishman continues to excel at Ross layouts, and he is one of the few in the field with positive memories of Aronimink: he won here back in 2010.

Since then he’s banked a second and a tenth place finish at East Lake, which suggests that ‘Ross form’ travels across state borders.

Rose warmed up for the BMW Championship by finishing second at last week’s Dell Technologies Championship.

An astonishing final round from Matsuyama, who made seven birdies in nine holes, was gradually curtailed on the back nine and his title tilt over. His scores across his four rounds of the 2018 Dell Technologies Championship are shown in the table below.

But there were plenty of positives for the Japanese ace, who has been playing some excellent golf in recent weeks.

Matusyama has top-five finishes at both East Lake and Sedgefield to his name, and he will be looking to make that a hat-trick at Aronimink this week.

Webb Simpson opened the Dell Technologies Championship with rounds of 68 and 63, and while he disappointed over the weekend it just goes to show the form he produced to win the Players Championship isn’t far from hand.

A former US Open champion, Simpson enjoys a hard grind and that’s perhaps why he thrives so readily at Ross’ layouts.

Eighth in his sole appearance at Aronimink back in 2011, Simpson has since served up a top-20 at East Lake and second, third and sixth place finishes at Sedgefield.

The Swede appears to be on the brink of some excellent form, because while his actual results don’t scream as much his underlying stats are excellent.

He ranked fifth for Greens in Regulation at the Dell Technologies, and that suggests there is a firm foundation for the former Open Championship winner to work with.

And that’s a handy sign, given that he has won at Sedgefield, finished second at East Lake and has a third place finish to his name at another Donald Ross build, Oak Hill (home of the 2013 PGA Championship).

Snedeker won just a couple of weeks ago at Sedgefield, so his return to Ross-inspired climes is very timely!

He’s a player who really thrives in these thinkers’ tests, and with form in the bank there’s no reason why he can’t challenge at a handsome price.

In addition to form at Sedgefield, Sneds has collected top-20 finishes at both East Lake and Aronimink.