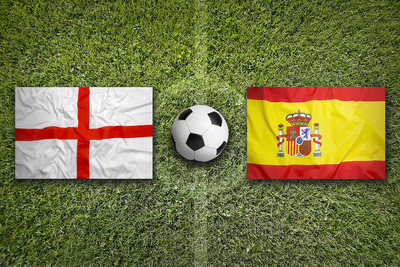 Like or loathe the Nations League format, it does at least give us an opportunity to see the England World Cup heroes in action for the first time since their heroics in Russia.

Wembley will be the host for the opening Nations League tussle against Spain, and with how the tournament works – there’s only three teams per group – getting a good result on home soil is of paramount importance.

But there are plenty of reasons for England fans to be optimistic. A World Cup semi-final appearance in the summer – and lest we forget, they had chances to beat Croatia there – renewed confidence in a talented set of players allied with a head coach who knows the inner machinations of international football.

And then there’s Spain’s woes. They won just one of their four matches at the World Cup, and needed an injury-time goal to avoid defeat against Morocco. All is not well in a camp that was disorientated by the sacking of Julen Lopetegui just days before the tournament began.

They should be boosted by the appointment of Luis Enrique as head coach – this will be his first assignment, and so the Three Lions cannot afford to rest on their laurels against a side we might describe as something of a sleeping giant.

There has been some significant changes to the England squad, although none are likely to truly affect the starting eleven.

Jamie Vardy and Gary Cahill have announced their international retirements, while Nick Pope and Phil Jones both miss out through injury. Raheem Sterling was a late withdrawal with a back injury.

It seems likely that Luke Shaw will be introduced as the left wing back; he has impressed in the early going at Manchester United this term.

Marcus Rashford, of home Southgate is a noted fan, will probably replace Sterling, with Jordan Henderson, Jesse Lingard and Dele Alli as the midfield trio.

As for Spain, Enrique was a lover of the 4-3-3 system, and so that is likely to be what he adopts.

He too has some headaches to overcome, with Gerard Pique and Andres Iniesta retiring from the international circuit and Jordi Alba left out of the squad. Diego Costa has not travelled to England for personal reasons.

The supremely gifted Atletico Madrid midfielder Saul Niguez may come into the starting eleven alongside Sergio Busquets in the middle, while Isco and maybe Marco Asensio will be given licence to support a lone frontman; possibly Alvaro Morata or maybe even David Silva, who has performed the ‘false nine’ role in the past.

It’s been more than 20 years since England and Spain clashed in a competitive fixture; that classic encounter at Euro ’96, which the Three Lions memorably won on penalties.

Since then there has been seven friendlies, and it doesn’t make all-that-pleasing reading for England fans. Four of those have ended in defeat and one in a draw, so it’s not the most flawless record by any means.

But this is a new beginning for both of these teams, and it will be intriguing to see who reacts best in this early season duel.

If momentum does count for plenty in sport, England have to be the favourites here.

On the crest of a wave after their summer shenanigans, the Three Lions have a formidable record at Wembley and will take some beating.

Southgate could almost, technically, name his Russia starting eleven if he wanted, although he will be without the incisive running of Sterling as a foil to Harry Kane. Ashley Young will also be replaced by either Shaw or Danny Rose.

Otherwise, it will be the same set-up, with the three centre halves given license to come out with the ball, and Kieran Trippier and his counterpart on the left given carte blanche to cover the length of the flank.

Spain have issues. Enrique will need to find a successor to Pique at centre back and Alba at left back. Chelsea’s Marcos Alonso might get the nod at full back, with the versatile Nacho asked to partner clubmate Ramos in the middle.

Two new central midfielders will also need to be sought – Sergio Roberto and Thiago Alcantara are the likely parties, and so this will be a new-look Spanish starting eleven.

Who knows: it might be the catalyst they need to return to former glories, but you would anticipate some teething problems along the way.

And so England, at odds of 15/8, hold plenty of appeal. The more conservative among you will lap up the even money available on England with a Draw No Bet kicker.