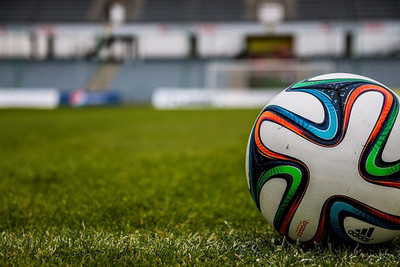 The Europa League is UEFA’s secondary club competition, sitting just behind that of the Champions League in terms of stature.

The sheer size of the coemption often makes it a tough one to call, especially given that some teams are from some pretty off-the-grid places, at least to most football fans anyway.

We’re going to try and dissect the group stages which are starting on Thursday night. But, what we will say is that it’s often best to hold off picking the overall winner until after the best placed losers from the Champions League enter the competition.

Bayern Leverkusen come into this group as strong favourites and to be honest, look as if they should be too strong for all the teams in their group. Priced at around 1/3 they are short, but even at these odds, could still offer up some value.

Ones to watch have to be that of Ludogorets who have been involved in either Champions League or Europa League action since 2012/13 season. They’ve lost just once domestically this year and are doing well in what is a strong Bulgarian league.

Group B is definitely an early contender as a “group of death” with all four teams being of highest quality. To be fair, if any of these teams were in any other group, they’d likely be short priced favourites to qualify.

But, as luck would have it for them, they aren’t, they’re in this group. RB Leipzig have to be the standout team in the group. They played in the Champions League last season, before failing to make the knockout stage. A good run through to the Quarter final saw a bit of shock 2-5 loss away from home scupper their progress. Priced at around even money to win this group, this has to be the smart money.

Whilst Celtic, Salzburg and even Rosenberg will offer stiff opposition, none have fared that well in Europe of late and whilst all are capable of beating anyone on their day are too erratic to form a decent bet.

Another tough group, but it’s Zenit that come into the group stages as firm favourites to progress. They’ve played plenty of European football over the last decade and have made a couple of shrewd signings this year in the form of Claudio Marchisio from Juventus who should bolster their squad even more.

But, our bet for Group C is actually with that of Kobenhavn to qualify, priced at a little worse than even money. The Danish side are top of their domestic league and have only just 2 games in their last 9, winning 6 and drawing 1. New signing Kenan Kedro has boosted their attack even further and the Bosnian has been an instant success for the club.

Never write off the Turks! It’s a fact in football. No one enjoys going to play there in hostile atmosphere’s and often having to travel a significant amount of time to get there. Fenerbache at 2.3 to win this group looks good money.

But, we are going against every single bone in our body and instead opting for Dinamo Zagreb to come out on top in Group D. They’ve been on amazing form domestically and are unbeaten this season after 7 games. What’s most impressive is that they’ve only conceded 4 goals in that time. They’ve only scored 11 mind, so worth noting that their games could be good candidates for under 2.5 goals.

Arsenal should run away with this group, but we aren’t yet sure how Uni Emry is going to approach this year’s competition. Wenger used to make a lot of changes from his Premier League team, which eventually meant they failed to really get going. The Arsenal fans want Premier League success and we think that Emry will try and get them that, sacrificing the Europa League for fringe players. Their group winners’ price of 2/7 across the board is hardly exciting either!

Sporting Lisbon are the next strongest, with the other two in Qarabag and Vorskla likely going to be there for the taking. Lisbon to qualifying at around 1.6 looks about as good as you will find for this group, but to be fair, is likely one that we won’t be taking on at all.

Group F is another with a standout candidate in that of AC Milan. Having said that, Milan certainly aren’t the force they once were and their start to the season with 1 win, 1 loss and 1 draw from opening 3 games has hardly set the world alight. Having said that, they have spent a lot of money this season already, with the likes of Caidara, Castillejo, Kalinic and Higuain all coming in for big money.

It’s probably fair to say that Real Betis over performed last season to get into this coemption at all. Olympiakos are never to be written off, but Dundelange will likely be making up the numbers here. Just because of the quality of signings that AC Milan have made and the fact that you can get as high as even money to win this group, they look the value bet for this.

Group of death mk II? Another tough group to call here with Group G and whilst Villarreal and by far the standout team, the hunt between the next three teams will likely be fierce. Priced at 8/13 to win the group, Villarreal offer no value, but should fair well.

Rangers are going to be getting our pick for qualification from Group G. We really like what Steven Gerrard is doing at Ibrox and it could be an exciting time bringing back those memorable European nights to a massive football club.

If Group G is locked down by Villareal, then Group H is truly wide open. Some quality teams on show, with Lazio, Marseille and Frankfurt all being highly tough to beat on their day, if not a little erratic.

Marseille’s runner-up spot from last season’s coemption has to make them favourite here for us. Experience is everything in this game and even their early domestic form has shown that they’ve continued where they left off from last season. Priced as high as 13/8 with some bookies, this could be our bet of the group stages.

Get your coins ready to be flipped in Group I as any one of the four could quite easily progress to the next round. The likes of Genk, Besiktas and Malmo have all had Champions League experience within the last 5 years, so you’d have to suggest they have the advantage here.

Interestingly, Genk’s price on winning the group ranges from as low as 2/1 with bookies, right up to 10/3, which is a huge swing and would suggest the bookies just aren’t sure. If you can get in near the 3/1 price, then this would be our bet.

The “Kings of the Europa League”, Sevilla return in Group J this season and with it are faced with a fairly easy entry into the knockout stage as they bid to win it for the 4th time in just 5 years. A price of 2/5 may seem low, and is low, but it’s not actually that bad value given how good they are and who they have been drawn against.

Another group that is potentially wide open. You’d have to say based on previous European form and their heritage within these competitions, favourites Dynamo Kiev are worthy of the mantle, but to be honest, it’s very tight.

Rennes are actually going to be our outside pick for Group K. Their domestic form has been decent, but they play a direct brand of football that will be well suited to the gruelling task of the Europa League.

Chelsea make their first appearance in the Europa League since it was named the UEFA Cup back in 2001. But, they have fond memories of the competition as they went on to win it in 2012/13 after being knocked out of the group stages. They are early favourites to win the whole coemption, so when we tell you that they are priced as low as 1/10 with some bookies to win their group, it shouldn’t come as too much of a surprise. Even if it is horrendous value.

Outside of that, we think BATE are likely going to be the next strongest team, and you can get them to qualify at around even money, which offers much better value.

What is the Racing League? The Format, Teams & Fixtures For 2021

Which British Football Clubs Are Owned By Their Fans?

What are the World’s Oldest Racecourses?

Will the UK Government Introduce a Football Betting Levy to Help Fans Buy Their Clubs? 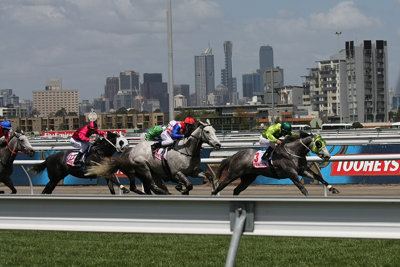 Melbourne Cup Rule Changes: What Are They and How Will They Help International Horses?
More Blog Posts | Full Archives