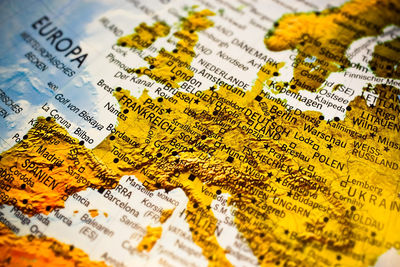 There was a telling interview with Harry Maguire published in The Telegraph on Wednesday in which he said he and his fellow England teammates were ‘confused’ by the new UEFA Nations League competition, which kicks off on Thursday.

“It is quite confusing – I don’t know what you guys think of it?” he asked the assembled reporters. “The boss tried to explain it to us the best he could the other day. I think he has got his head around it now, but it took a lot of studying.

“It is confusing, but we are trying to get our heads round it. For us players, we just go into each game trying to win it and see where it takes us. So we will see after the game.”

With an initial league format followed by a Final Four play-off series, the defender known as ‘Slabhead’ can be forgiven for feeling a bit baffled about the whole thing. So just for you Harry, here’s a quick guide to the UEFA Nations League:

There are four overarching leagues in the tournament, listed from A-D based upon the ranking of each of the 55 member nations.

So, England take their place in League A as one of the highest ranked teams on the continent alongside Germany, France, Spain et al, while down in League D the likes of Kosovo, Gibraltar and the Faroe Islands will battle it out for honours.

From there, each League is divided into sub-groups, with England paired with Spain and Croatia in Group 4. Each team in the group will play each other, home and away, on match days in September, October and November.

In League A, the four individual group winners will progress to the Final Four tournament next summer, with the aim of being crowned UEFA Nations League champion.

In the other leagues, the four group winners will be promoted, e.g. four sides will go ascend from League C to League B and so on. The bottom-placed team in each group will be relegated to the league below.

The Nations League is also linked to Euro 2020 qualifying too. That process will remain pretty much the same as normal, although each of the group winners will have their own play-off pathway to qualify for the European Championships as well.

Maguire’s right, it is pretty darn confusing! It is perhaps best to keep things simple, and that is simply to try and win every match you play; wherever that may be. 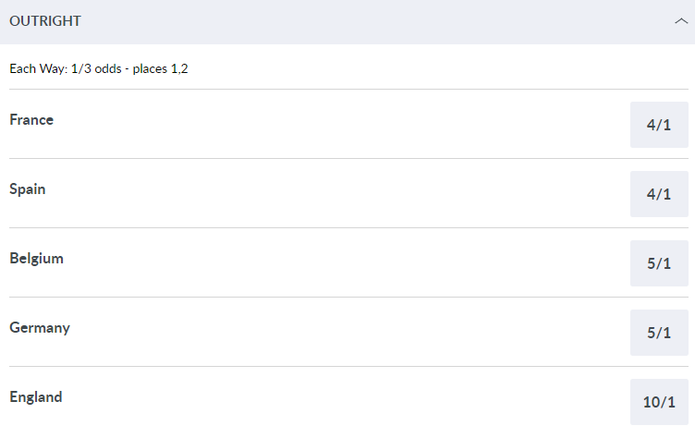 As with all international football tournaments, there are several different angles to consider.

We can bet on the individual matches as ever, although the unique league ranking system ensures that some pretty tough-to-call encounters have been served up.

And on a side note there are several outright markets to explore, including the overall winner and on individual groups.

League A features some tough groups, with France and Germany expected to duke it out in Group 1, Italy and Portugal in Group 3 and Spain, England and Croatia are all in the argument in Group 4.

From a punting perspective, the only value proposition is Belgium to win Group 2 ahead of Switzerland and Iceland, which is a decent 2/5 shout.

League B is a mish-mash of sides, and again it is hard to find much of betting appeal.

League C is far more appealing, with Group 1 serving up the motley crew of Scotland, Israel and Albania. The Scots look a decent price to us at 13/8, although they will need to win their home matches at Hampden Park you’d fancy.

Expect fireworks in Group 4, where former co-dependants Serbia and Montenegro will meet for the first time since the latter gained independence.

League D is home to the also-rans of European football, so it’s worth backing those who have shown some sides of progression in recent times.

In Group 1, for instance, a case can certainly be made for Georgia (4/5), who took points off Wales, the Republic of Ireland and Austria in World Cup qualifying. That’s certainly more progressive than the hapless Andorra, Latvia – who finished beneath the Faroe Islands in their qualification group, and Kazakhstan; still better known for Borat than footballing prowess.

In Group 3, keep an eye out for Kosovo (6/4) in a bracket that pairs them with Azerbaijan, the Faroe Islands and Malta. They have some decent players eligible to play for them now, including Lazio’s Valon Berisha, Werder Bremen’s Milot Rashica and Championship pair Atdhe Nuhiu and Bersant Celina.

The Kosovans beat Albania 3-0 in a friendly last time out, and they are arguably the bet of the Nations League.