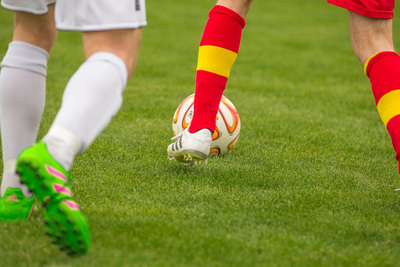 Love the UEFA Nations League or hate it, you have to admit that the competitive element it brings to these international matches is far more interesting than boring old friendlies.

It’s great news for punters too, who can at least take the guesswork out of friendly team selection in the knowledge that both teams tend to have plenty to play for in Nations League competition.

The tournament has gotten off to an entertaining start already, with some quality football being played, some intriguing clashes (England vs Spain and France vs Holland are top drawer fixtures) and some surprising results, with Switzerland demolishing Iceland 6-0 and Wales turning over the Republic of Ireland.

There’s a packed fixture list on Tuesday too, and while there aren’t many household names in action there remains plenty of opportunities for punters to thrive.

Here’s a look at some of the more intriguing betting propositions.

For some reason, Bosnia-Herzegovina have decided to field a skeleton side in the UEFA Nations League.

Okay, so they still have plenty of quality: Edin Dzeko will lead the line on Tuesday against Austria, supported by Miralem Pjanic and Edin Visca.

But look at the talents not in the squad: Asmir Begovic, Sead Kolasinac, Izet Hajrovic, Senad Lulic and Vedad Ibisevic are all either retired, injured or not selected.

They won well in Northern Ireland in their opening game, but surely chances are available to Austria here?

The Austrians have been in decline for some time, but they have reasons to be positive given their spine is improving: Marko Arnautovic, Marcel Sabitzer, David Alaba and Aleksandar Dragovic are all more than capable.

The bookmakers just about favour Bosnia, which is surprising to us, and so we’re happy to take the 11/10 available on Austria Draw No Bet, which feels like something of a free bet.

It was an unremarkable start to Group 2 in League C, with Finland beating Hungary 1-0 and Estonia losing by the same scoreline to Greece.

The Finns keep a high number of clean sheets – five in their last seven – and they will be expected to triumph without conceding against a limited Estonia outfit.

The hosts don’t have a Jari Litmanen or a Mikael Forssell in their ranks, but they should still have too much for the Estonians, whose centre half Ragnar Klavan will be working overtime to keep his opponents at bay.

It was a real shocker last time out for Iceland, who were completely outplayed by the Swiss in their last game.

The Icelanders haven’t actually won since January, some nine matches ago, and you wonder if the golden days of their Euro 2016 heroics are a thing of the past. The table below shows both teams last six fixtures, highlighting the gulf between the two sides form.

Roberto Martinez has named a strong squad for this game, with essentially the same set of players who reached the World Cup semi finals in attendance – barring the injured Kevin de Bruyne and Marouane Fellaini.

They gave Scotland a good old spanking last time out, and it wouldn’t be a surprise if something similar panned out on Tuesday. Belgium with a -1 handicap is our play anyway.

England fans will be keeping a close eye on this one.

Only the top team in Group 4 will progress to the Nations League finals, and with only four games to be played by each side every point will count.

So, English supporters will be desperate for the Croatians to claim all three points against the Spanish.

Can they do it? The hosts played an unfamiliar front three of Iago Aspas, Rodrigo and Isco against England, and that trio arguably won’t give the Croatian back four nightmares. They certainly look a weaker outfit without the retired Andres Iniesta, David Silva and Gerard Pique and the absent Diego Costa.

However, the Croatians could also be without Mario Mandzukic, Ante Rebic, Andrej Kramaric and Dejan Lovren, all key figures in their run to the World Cup final, and so we have to hand favouritism to the Spanish.

Odds of 8/11 on a Spain victory are more than fair.

San Marino are 22/1 at home against Luxembourg….anyone tempted?

The last time they DIDN’T lose a game was back in 2014, and in their last three competitive games they have lost the lot at a handsome goal difference of -18.

Luxembourg, similarly terrible, actually beat Moldova 4-0 last time out, and in the past year they have drawn with the likes of France, Bulgaria and Senegal and beaten Georgia and Hungary.

So Luxembourg will beat San Marino….but by how many? If you think they can triumph by three or more, as looks distinctly possible, you can get 6/5 on the Luxembourg -2 handicap. That appears to be more than good value.