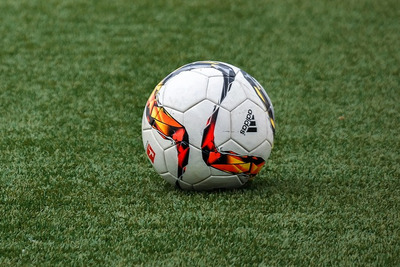 We continue to hurtle remorselessly through 2018, which brings us crashing into the second gameweek of the Champions League 2018/19 already.

The opening round of fixtures saw mixed emotions for the four English sides duking it out in the competition. There was a straightforward win for Manchester United against Young Boys – my, how Jose Mourinho would everything to be as simple as that as United boss, while Liverpool took the spoils in a thoroughly entertaining clash against PSG.

There were defeats for Manchester City and Tottenham, meanwhile, and both now need to deliver big performances in midweek to ensure they are not left behind in their respective groups.

So will it be a good week for our domestic sides, or will there be more frustration for the Brits abroad (and on home soil).

Manchester City’s 1-2 loss against Lyon last time out has rather put the cat amongst the pigeons in Group F.

It was wholly unexpected, of course, and now Pep Guardiola’s side find themselves playing catch up to the French outfit.

The good news is that Shakhtar Donetsk and Tuesday’s opponents, Hoffenheim, played out a draw in Gameweek 1, and so they don’t have a massive amount of ground to make up.

The Germans have gotten off to a strange old start to 2018/19. Winning just two of six in the Bundesliga thus far, Both Teams to Score has landed in every single one of their games including the 2-2 stalemate with Shakhtar last time out.

That will have punters on red alert, with 13/20 on the same mark landing here.

It can be hard making comparative judgements on two teams from different countries, but at least with Hoffenheim we have previous to work with.

They played Liverpool in the preliminary round last year, going down 3-6 on aggregate. Impressions were of a side happy on the front foot with issues defensively – a notion not dispelled so far this term, and so Manchester City to Win & Both Teams to Score looks to be a smart option at 6/4.

While us mere mortals will never quite know the full extent of what goes on behind closed doors at football clubs, it’s patently obvious all is not well at Manchester United.

The media will focus on the Mourinho vs Pogba spat as it’s an engaging narrative that gets clicks and sells newspapers, but the problems seem to run a bit deeper than that; hence their ongoing struggles.

Defeats to Brighton and West Ham are hardly ideal preparation for a Champions League clash against a decent, if hardly earth-shattering Valencia outfit.

Getting a result against the Spaniards is key for the Red Devils, mind. The other two teams in Group H, Juventus and Young Boys, clearly have their positions marked out in the competition. The Italians, barring a miracle, will qualify for the knockout phase, while Young Boys are confirmed as the whipping boys of the pile.

The 3-0 win over the Swiss outfit was a good start for United, and they will somehow need to get on the same page to avoid a damaging defeat to Valencia on Tuesday.

At odds of 4/6 the bookies expect Mourinho’s men to prosper, but right now it would be a brave punter that lets the Red Devils carry their money.

On paper, at least, this looks to be a tricky tie for Liverpool.

Napoli are one of the strongest sides in Italy, and an attacking line-up that features the likes of Dries Mertens, Lorenzo Insigne and Marek Hamsik cannot be overlooked.

But the Naples-based outfit have not been firing on all cylinders this term, and the Reds – with Champions League confidence at a premium after reaching last season’s final – should be favoured.

They bested PSG in their opener, and while Napoli will pose questions of them defensively this appears to be the perfect tie for Liverpool’s counter-attacking style to flourish.

At 11/10, and shortening, Jurgen Klopp’s side hold plenty of appeal.

The concern for Tottenham fans is that this fixture already has the feel of a must win – or, at least, don’t lose – about it.

After tasting defeat in Milan to Inter, Spurs are already three points behind the Italians and Barcelona, who trounced PSV.

So, by the end of Gameweek 2 the Londoners could be six points behind the leaders if they were to lose to Barca and Inter were able to defeat the Dutch outfit.

On a brighter note, the Spaniards have not been in the unstoppable form we have come to expect from them. They lost to bottom side Leganes in midweek, and needed a late equaliser to stave off back-to-back losses against Athletic Bilbao at the weekend.

So Spurs, who beat Real Madrid and Borussia Dortmund at Wembley last season, should have no fear. Punters can get 4/5 on them to win or draw this contest, and that seems fair game to us.