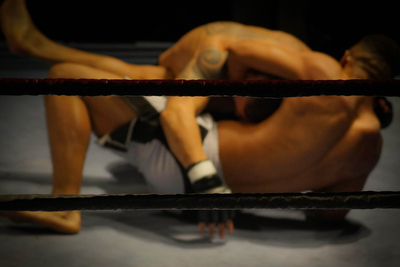 Like him or not, it’s hard to dispute the fact that Conor McGregor is one of the few genuinely box office sportsmen on the planet today.

The divisive Irishman has a big mouth – that earned him a multi-million dollar payday against Floyd Mayweather – but the ability to back it up, as proven by his status as a former multi-weight champion in the UFC.

McGregor’s trash talking and penchant for unsocial behaviour has gotten him into another big scrap, this time with Khabib Nurmagomedov, in the octagon on Saturday night in Las Vegas the UFC 229 main event.

The Return of The Notorious

It will be his first appearance in an MMA fight in nearly two years, and what a bout it could well be: Nurmagomedov holds a staggering unbeaten record of some 26-0, and he’s the current UFC lightweight champion.

There’s bad blood here too, with the Russian implicated in the infamous bus incident at the Barclays Centre, where McGregor decided to throw a metal rail through a bus window. Nurmagomedov was on that bus and narrowly avoided injury, and it is believed that he was the target of the Irishman’s ire.

So this scrap has all the hallmarks of a classic, with the bookmakers making Nurmagomedov a handy favourite. But McGregor can back up his brashness with action, and there will be plenty of punters willing to side with the 30-year-old.

It’s a fascinating prospect, so where is the smart money going?

A Clash of Styles

On paper, this looks set to be the classic clash of styles that MMA can often produce: the classic grappler vs the out and out striker. That’s certainly what Nurmagomedov’s trainer Javier Mendez is expecting.

“We have to fight our strengths, we have to find ways of opening the doors to where his weaknesses are and likewise,” he said. “This is basically the classic grappler versus striker fight.

“We’re the better grappler, he’s the better striker, but that doesn’t mean we won’t strike, it just means he’s better. It’s about who plays whose game.”

And therein lies the tale of the tape. McGregor’s sole defeat in the UFC came against Nate Diaz, a skilled technician who was able to take the Irishman down to the mat and lock on a submission hold.

But Diaz is a natural welterweight, and significantly bigger than McGregor. Nurmagomedov is a smaller man, and while a brilliant technician may find it more difficult to outmuscle the former two-time world champion.

As for McGregor, well, we know he punches hard and he punches well. Most of his wins have come from concussive striking, and few have been able to stand up to the barrage that he delivers when given the opportunity.

Nurmagomedov, still unbeaten, can clearly take a shot and is moulded of the classic granite-like disposition of many Eastern European fighters. But has he ever faced anyone with McGregor’s power and hand speed?

This could be your classic cat and mouse fight, with both men waiting and watching for their opening. Forget the bad blood and animosity: both would be foolish to go tearing in looking for a straightener. Instead, they will bide their time, and that lends itself to a bout that goes deep.

Backing Over 2.5 Rounds at 11/8, a mark that has landed in eight of Nurmagomedov’s last ten outings, looks to be the bet of the fight.

As mentioned, an epic battle might be the way for putters to go here – unusual given McGregor’s penchant for blasting opponents out, but he will be wary of Nurmagomedov’s mat prowess and instead may look to grind down the Russian with consistent, concussive blows, rather than one big KO effort.

As for Nurmagomedov, he will patiently wait for his chance to take down McGregor, before unfurling one of his myriad of submission holds.

Here’s the thing: five of the Russian’s last seven wins have come via the judges’ scorecards.

What does that tell us? It confirms he’s a brilliant performer who is able to produce eye-catching moments in the octagon.

But it also suggests he struggles to finish opponents off, one way or another, and if he goes the full five rounds with McGregor you suspect the Irishman’s power would tell.

Nurmagomedov is a class act, but at odds of 4/7 it would take a brave punter to part with his hard earned. As such, the other side of the coin is that McGregor, with his proven knockout power, has to be favoured at 7/5.